A few weekends ago we planned to continue with our Lantau Trail hike and to start at stage 7 we had to go to Tai O. You can get there with a bus from Mui Wo (which has a ferry connection to Central) or from Tung Chung (which has a MTR station) but it will take some time and is on a bendy road. So we did some research and found the ferry connection between Tung Chung and Tai O, which runs about five times a day, takes around 30 minutes and cost 25 HKD one way (more details here). We arrived after an enjoyable ride at the small harbour, shortly before 10am and as it was still nice and quiet in Tai O, we decided to go for a quick boat tour (as later in the day it would be busy and you might have to queue).

Together with a small family and one other tourist we took a little boat (20 HKD per adult) for a 25 minutes ride and it was really enjoyable. The boat first took course towards the town centre, so we passed through the new bridge and made our way alongside the typical stilt houses that are everywhere in Tai O. 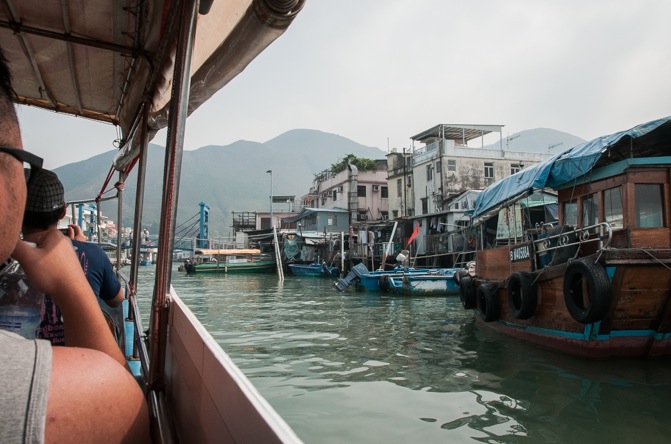 It was still quiet, with only a few residents and hardly any tourists in the town. There was only one other boat with a few tourists and it was a calm ride through the town. 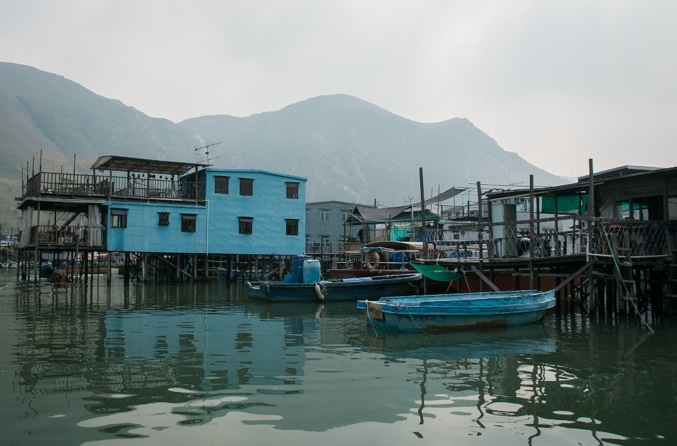 We saw residents who were just sitting outside their houses, having a coffee or smoking a cigarette. Some were hanging up or collecting their laundry, others checked on the seafood that was laid out to try in the sun (more on dried seafood in Tai O in a later post) and there were some in their boats looking at their nets and preparing for the next time out at sea.

Almost every house has its own boat and there were lots of boat parking spaces, half of them were empty so I guess that these were the people taking us around as well as some other people just being off to fish or maybe make some deliveries? Who knows what a typical Tai O resident does on a quiet Saturday morning before the groups of tourists arrive?

Most of the houses look like they’ve been there for a long time – some even looked like they were not going to survive the next storm – but who knows, they might be a lot sturdy than they seem. What was interesting is that almost every house did have some fish drying on a laundry line or some salted egg yolks in a basket in the sun. I know that they sell these produces all over Tai O, but I wonder if they consume it themselves too?

The boat turned around and made its way back to the harbour. We passed under the new footbridge again and then the boat driver (not really a captain, more like a boat boy) picked up the speed and took us and the boat out on to the open sea. 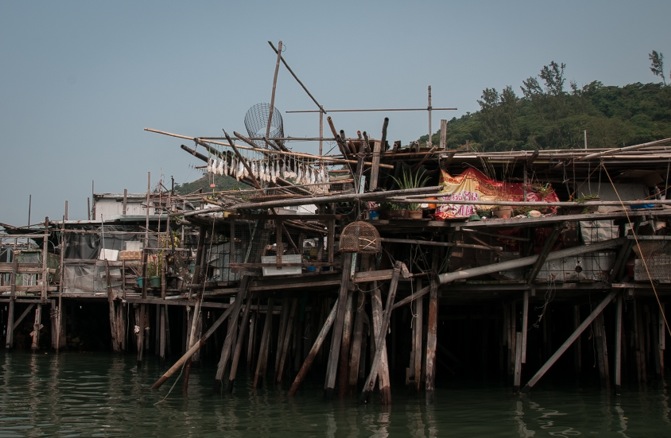 To get there, we passed some of the Western parts of Tai O, which includes the shrimp paste factory and the newly opened Tai O Heritage Hotel, which was the old police station in town. The hotel looks amazing, nice location and such a great transformation.

Out on the open sea we started looking for the pink Chinese dolphins that are known to live in this area. My friend Monica had been so lucky to see them in the past, but this time we were not as lucky. Maybe it was too late in the morning already, not sunny enough or the dolphins were hungry and feeding in another area. Who knows, but at least we got to see the famous elephant trunk rock! 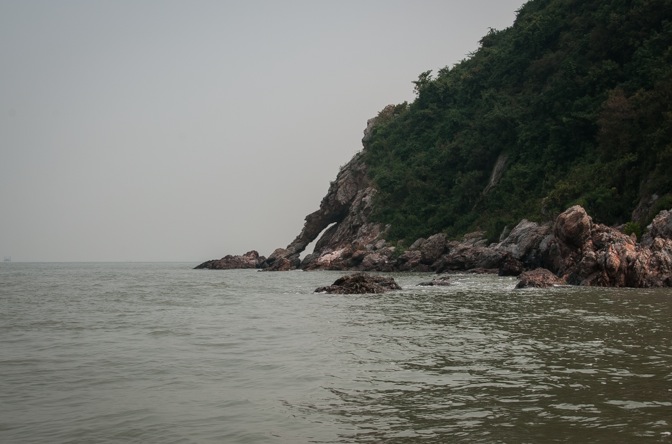 For 20 HKD it was a nice excursion and we really enjoyed it – next time, let’s just hope the dolphins will be there to watch and see. That would be even nicer!