Beauty contests are often a feature of Thai festivals and the Loy Krathong celebrations are no exception.

According to legend Noppomas was a consort of the King of Sukothai in the fourteenth century. She was the daughter of a Brahmin priest at the King’s court. She made the first krathong out of banana leaves in the shape of a lotus flower and presented it to the King. He lit the candle and the incense stick and floated it on the water, so starting the tradition we know today. In fact, the floating of krathongs began as a Sukothai tradition, but was later grafted onto these festival celebrations all over Thailand. 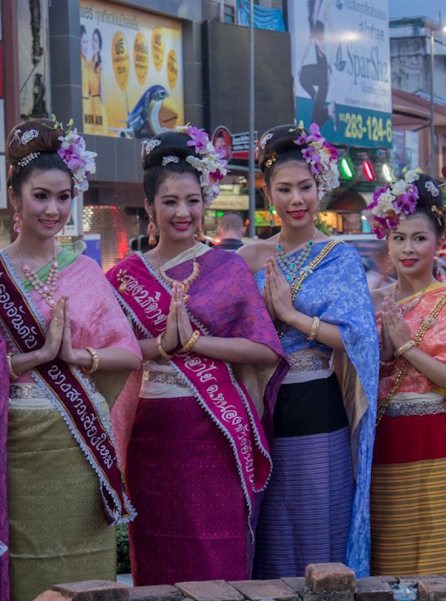 The Loy Krathong Parade usually features contestants in the Noppamas Queen beauty contest, which is always held as part of the celebrations. So no wonder these women were lining up before the parade and happy for us to take pictures.