I went to Art Basel yesterday – and it was packed with people, galleries and artwork. Compared to Art Central, Art Basel included many more well-known artists and artworks from the greatest artists of the 20th and 21st century, such as Marc Chagall, Miro, Andy Warhol, Keith Haring, Roy Lichtenstein, Fernando Botero and many more. 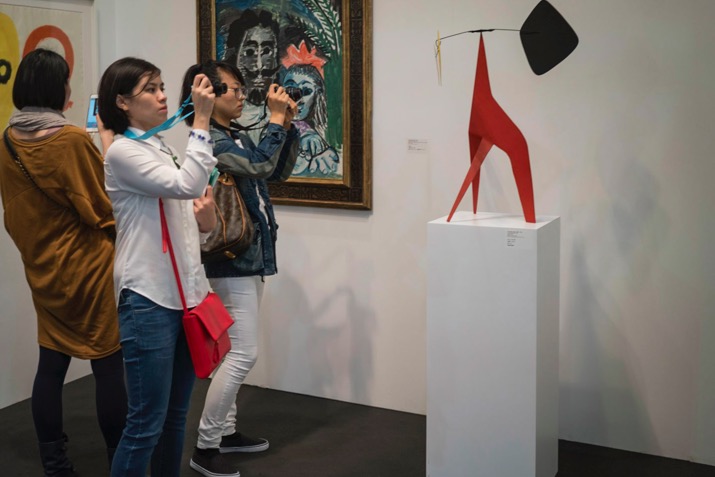 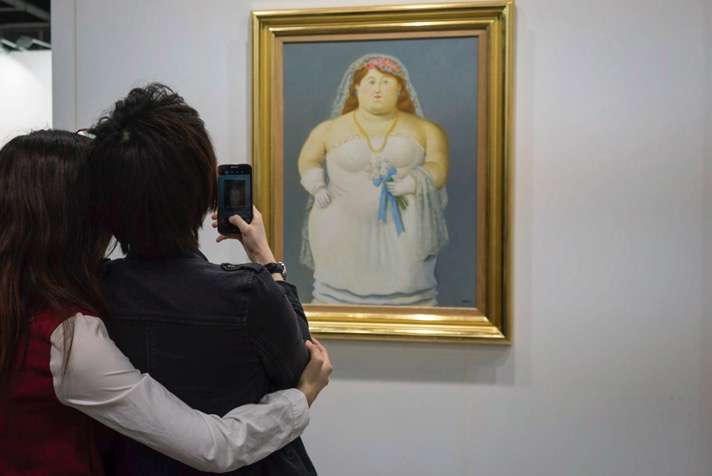 There are several reviews online, including from my blogger friends over at The Fragrant Harbour, Webs of Significance and Hong Wrong so I don’t need to repeat what has been said there. 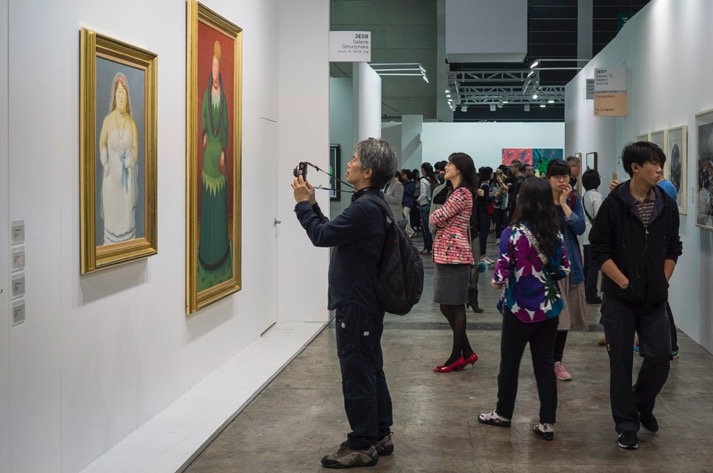 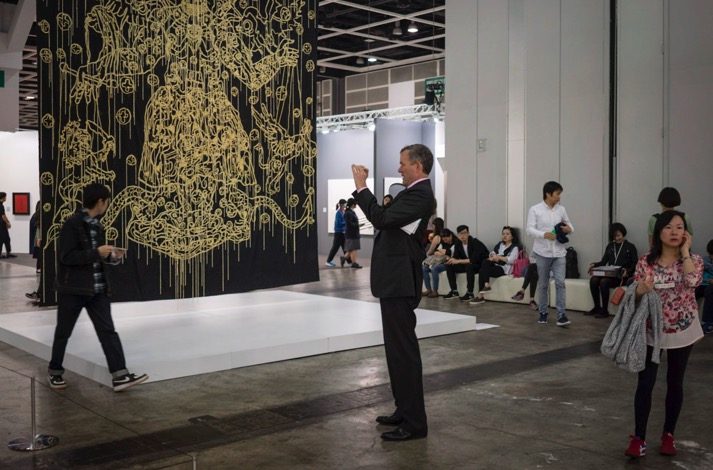 Plus with two big halls and more than 3,000 artists I’m sure everyone has a different opinion about what is great and what is not. So instead… let me focus on what I found the most bizarre at the show: Taking pictures of pictures. Every one seemed to do this constantly. 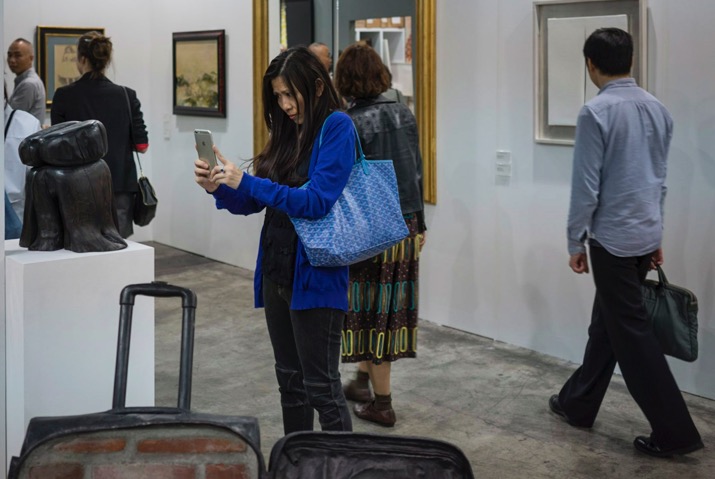 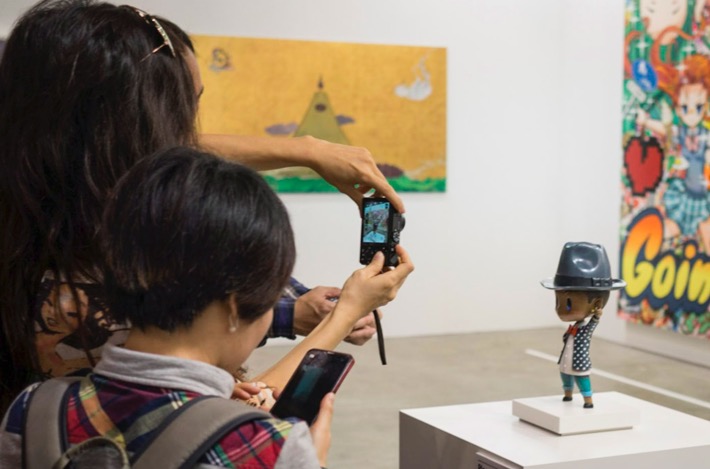 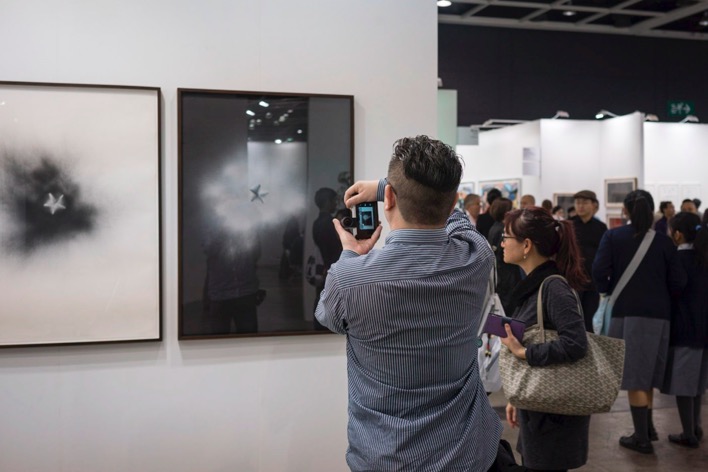 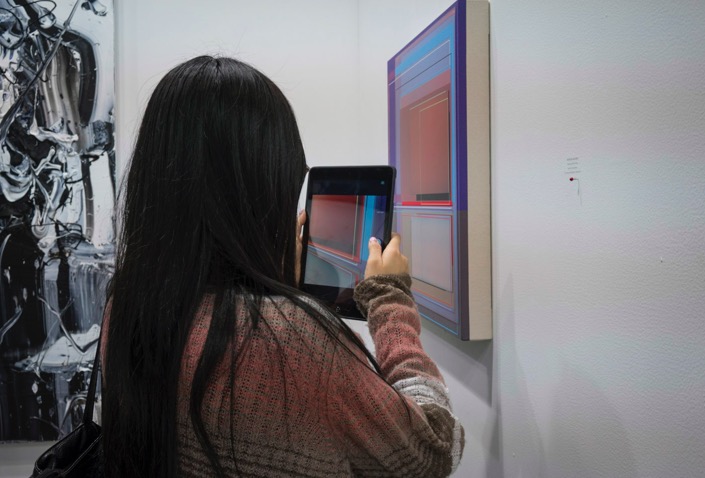 With cameras, phones, tablets … digital and anlog. All the time. Non-stoppable. 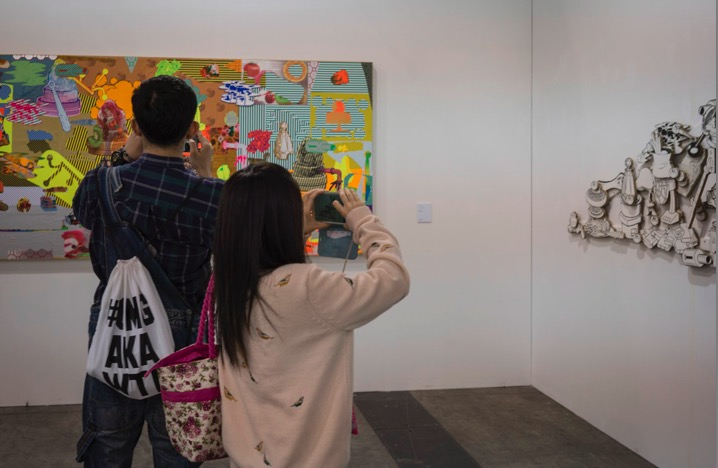 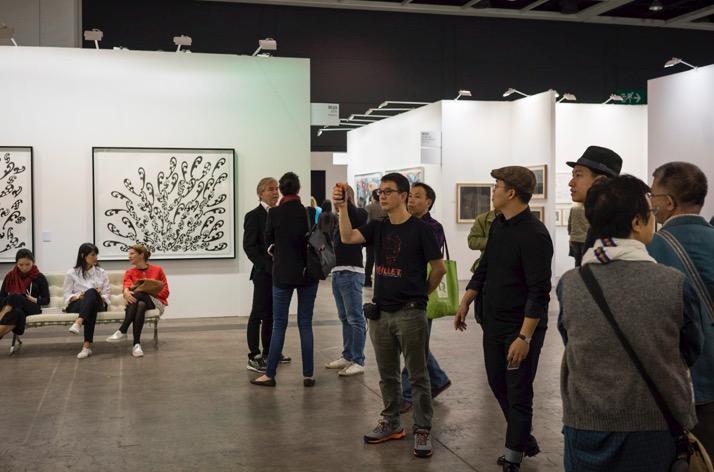 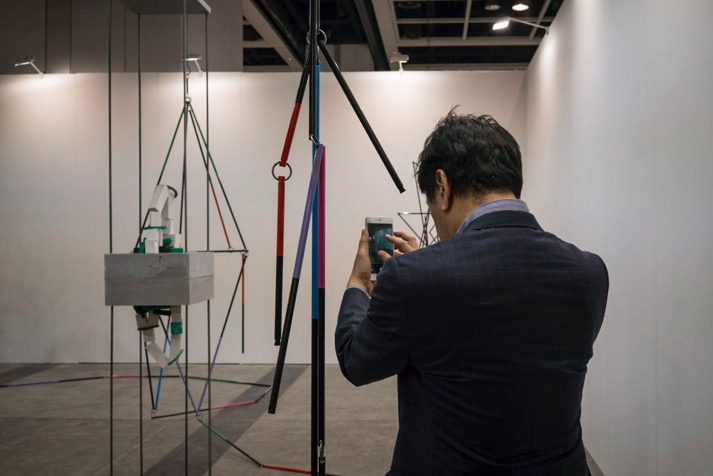 It is insane… do people only see with their cameras today? Not with their eyes anymore? 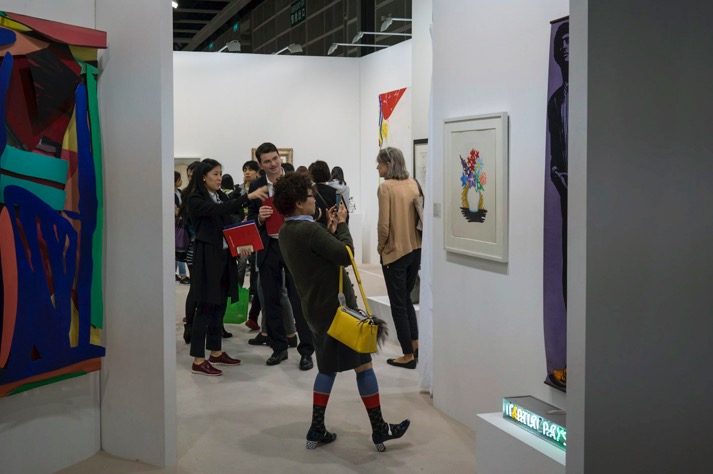 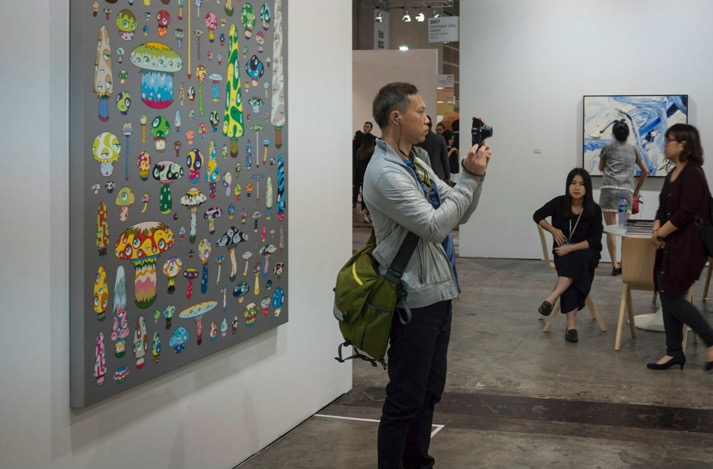 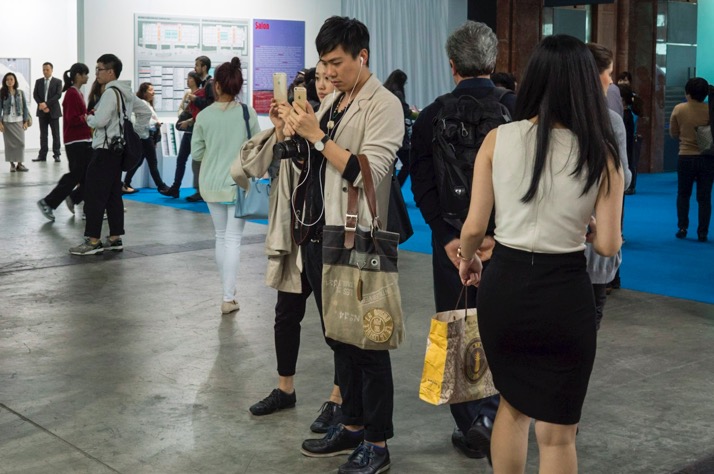 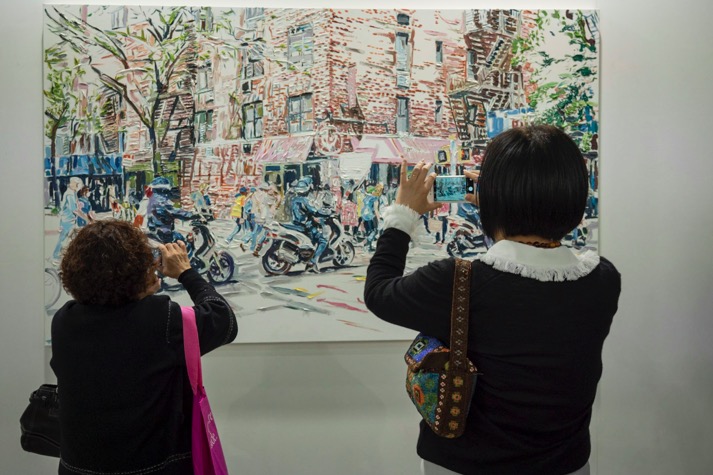 I spoke with one of the exhibitors about this – and she had been to Art Basel and Art Miami before and it was not that crazy when it came to taking pictures. I guess that’s what you can expect if you come to Asia, where everyone walks around with a smartphone and takes pictures of anything seen, done or eaten! 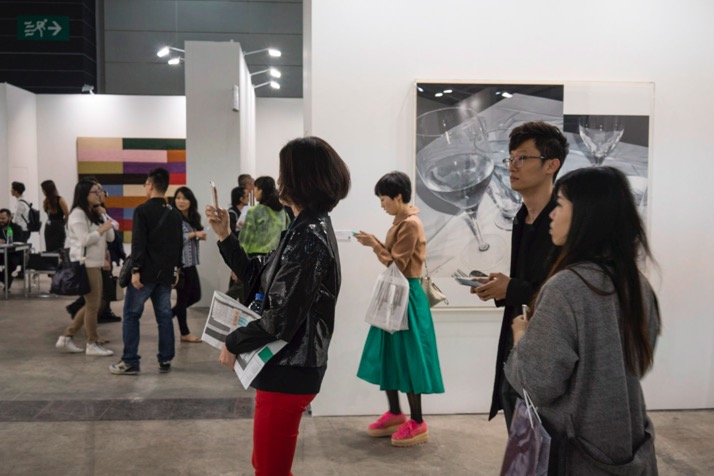 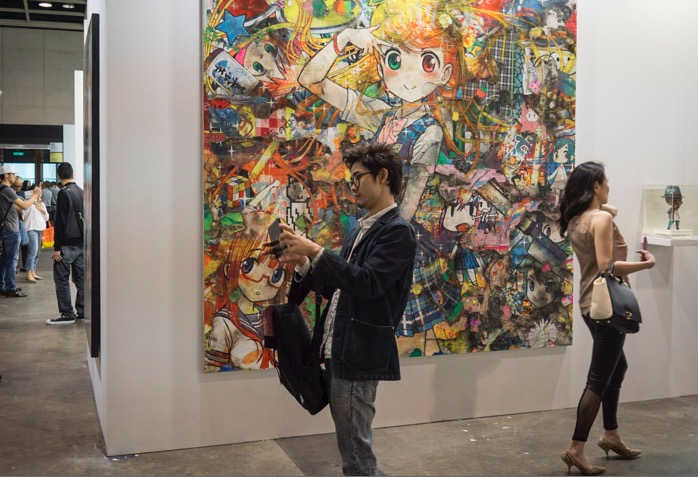 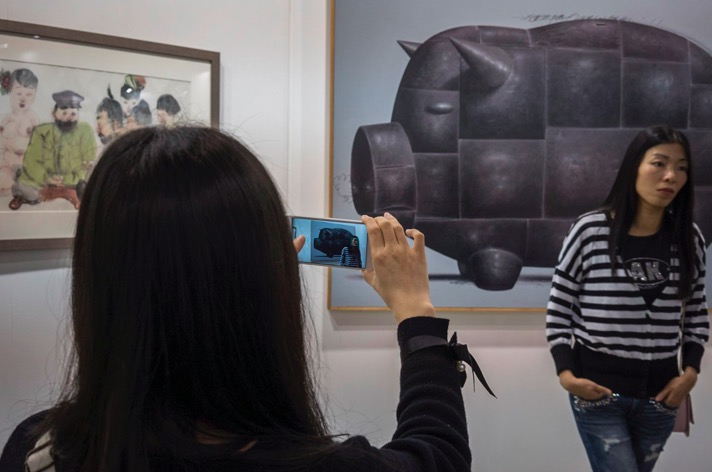 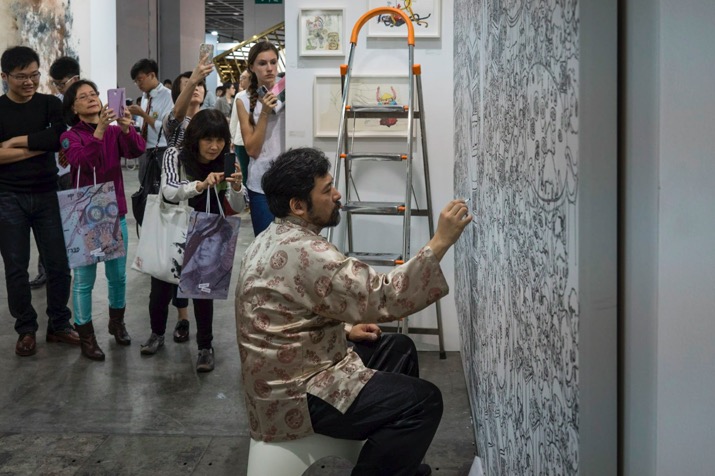 I did not see any selfie sticks (maybe they were not allowed?!) but I saw several people asking others to take a picture of them, in front or next to an artwork … at least that I can understand, that’s a nice memory to take home. 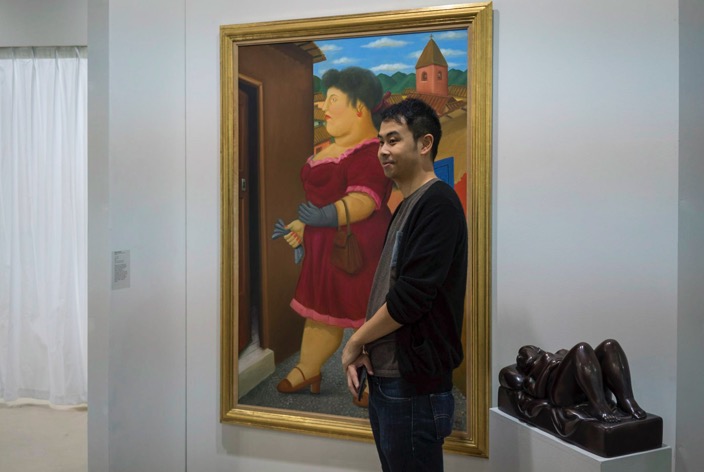 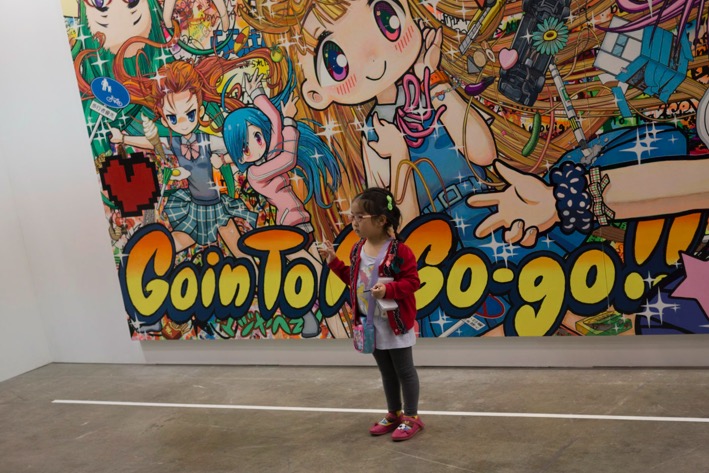 And finally… yes, I had to go with the flow. I also took pictures of myself taking pictures… so that’s my art work of Art Basel in Hong Kong 2015! 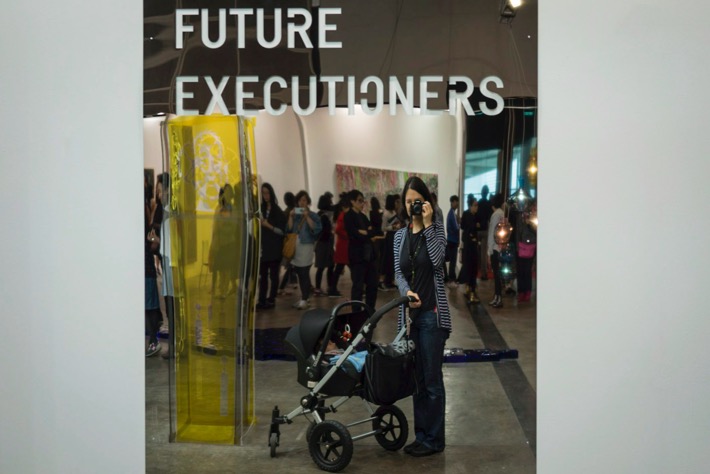 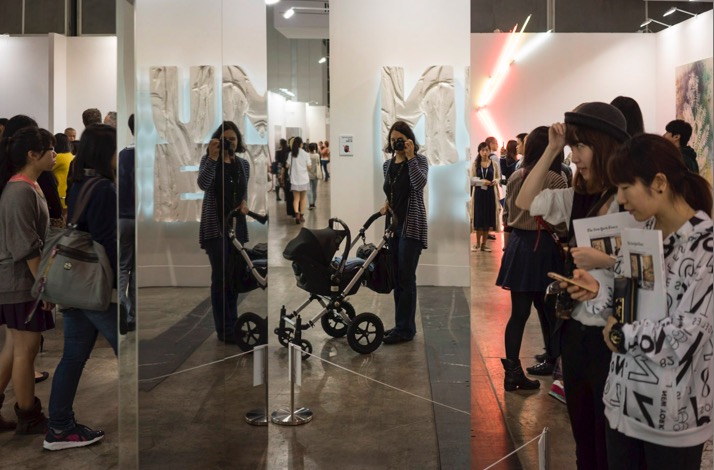 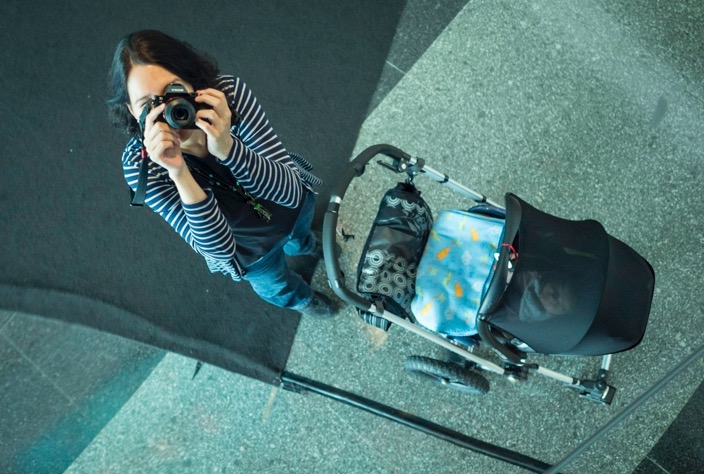