The Rise of the Celestial Empire is another great exhibition that follows in the foot steps of the Tsarskoye Selo exhibition, and transports visitors back in time. This time, it is the golden age of the Han dynasty.

The show features a display of 162 ancient artefacts and relics, which showcase the economic growth and social, cultural and political developments during the Han dynasty.

What I find very fascinating is that the show draws together exhibits from 40 cultural institutes across the Mainland – you would have to travel to ten different provinces to see them all, but until Oct 5, 2015 you can see them all in Tsim Sha Tsui.

Some of the highlights include a painted female figurine with sculpted clothes, kneeled down with cupped hands:

Another awe-inspiring piece is a jade suit which dates back to the Western Han period – the most intricately made and the oldest one to have been uncovered. Sewn with gold thread and from high quality jade, the burial suit is highly iconic in Han culture: 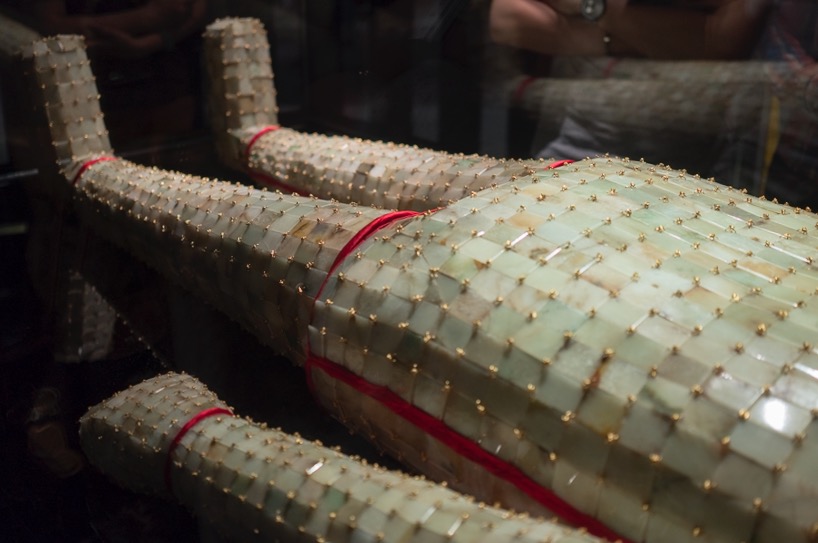 A five-storey painted pottery granary house (which acts as a funeral object) looks like has been produced just recently – not many hundred years ago. That’s how well it has been preserved:

I also love how delicate the horse, carriage and umbrella are – it reminds me of the terracotta army in Xi’an, where an equally stunning carriage was uncovered: 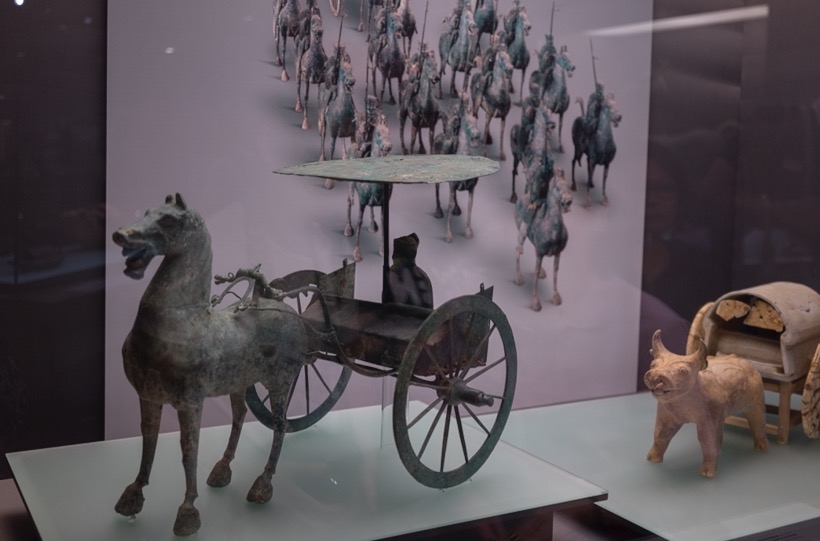 The exhibition also boasts an interactive dimension, with a multimedia reconstruction of the famed Weiyang Palace. The palace, also known as the Eternal Palace, was situated west of the Empire’s capital, Chang’an. The vast and sprawling palace was nearly seven times the size of the Qing dynasty’s Forbidden City, which further illustrates both the enormity and prowess of the Han Empire.

It truly is a fascinating exhibition and I recommend you try and see it, before it closes on October 5, 2015. The exhibition is open from 10am to 6pm every day, except Tuesdays. It is a bargain at 20 HKD for an adult, 10 HKD concession and there is a 50 per cent discount on Wednesdays.

2 thoughts on “Hong Kong Museum of History: The Rise of the Celestial Empire”