Finally… after months of absence, the interview series on my blog is back. And what better comeback, then with a great blogger from Hong Kong, who I have been following for many years now?!

Yvonne aka YTSL from ‘Webs of Significance‘ has a candid eye and a very direct approach in writing about Hong Kong. Her blog includes analysis and commentary about recent news (and she does not shy away to touch upon political topics), movie reviews (yes, she is a self-confessed movie buff), features interesting hikes (such as this one that I also enjoy doing, from Wan Chai Gap to the Aberdeen Upper Reservoir, Lady Clementi’s Ride and then over to Wong Nai Chung Gap Road), events she attended and places she has eaten at. Basically anything to dispel the myth that Hong Kong is a boring city, where nothing much happens.

What I like best about her blog is that she makes a point of saying something about Hong Kong almost every day (there are very few occasions when she covers other places in her posts or is not blogging every day) . It is pretty impressive how often and how detailed she blogs – and it is great that YTSL portrays the real Hong Kong, and not what the tourism bureau or the guide books say about this fragrant harbour. She can be candid, open, direct and is not afraid to share her opinion. Reading her blog replaces any guidebook about Hong Kong that you will ever read.

Yvonne has been to almost every corner of the territory and has experienced the highs and lows of living in a city. She blogs about the contrast between rich and poor, old and young, tourists and locals – but she also has an eye to spot the funny things in life, such as this Hello Kitty bike… and that all makes it a very enjoyable blog to read. 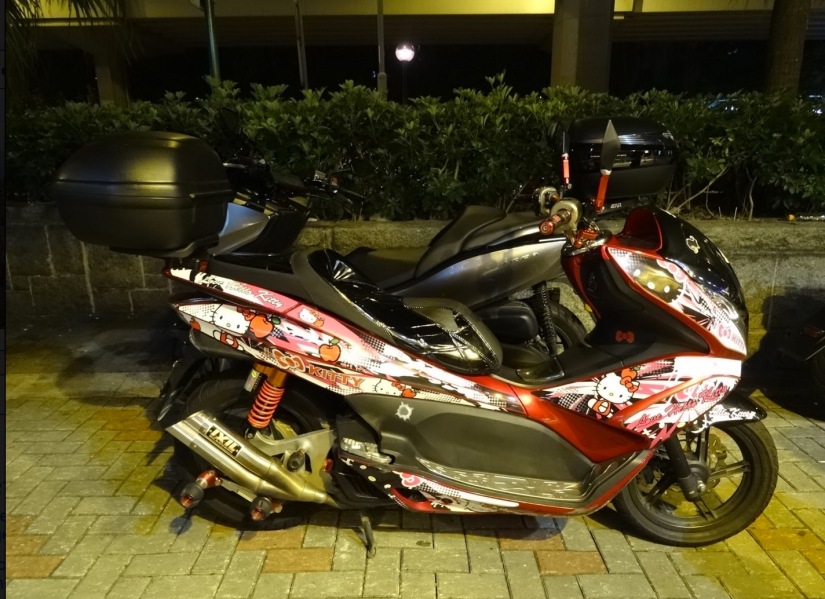 So without much further ado, let me ask Yvonne some questions:

What made you start a blog? When did you start?
I actually have a blog post about that which happens to be my very first blog – entitled Beginnings and dating back to November 16th, 2006!

But to provide some added context: Years before I began my blog, I already had an internet presence due to such as my writing reviews on the Hong Kong Cinema: Views from the Brooklyn Bridge (brns.com) website. So, originally, I posted movie reviews elsewhere on the internet and non-movie stuff on my blog — but that’s changed over the years!

Also, when I started writing my blog, I was suffering from an affliction known as “frozen shoulder” that made it physically painful for me to write/type on a keyboard for more than an hour at a time. Up until then, much of what I had done in my life had involved spending a significant amount of time writing/in front of a computer. So I used blogging as a way to “exercise” and get back to writing/typing regularly.

On a lighter note: Although I am Asian, I spent about two decades outside of the continent and (still) have a number of friends who live outside of it. After I returned to Asia in July 2003 (and especially after I moved to Hong Kong in May 2007), many of them would ask me what I had been up to – in my leisure hours as well as professionally. And this blog was a way for me to collectively provide them with answers with regards to what I do for fun here (that hopefully they may also want to do, should they ever come over to this part of the world).

What does YTSL stand for and why do you use it?
YTSL are my initials. When I first started reviewing Hong Kong movies online (back in the late 1990s), the webmaster behind Hong Kong Cinema: View from the Brooklyn Bridge (brns.com) worried that because I was one of the rare females reviewing Hong Kong movies in English then, I might end up getting lots of crank emails, etc. So we went with the gender neutral YTSL as my moniker. The joke though is that a few months after I had started writing reviews for his website, he noted that the way I wrote, it was pretty obvious that I’m female — but at that point, I had become used to being YTSL online, and so stuck with it when I began my own blog! :) 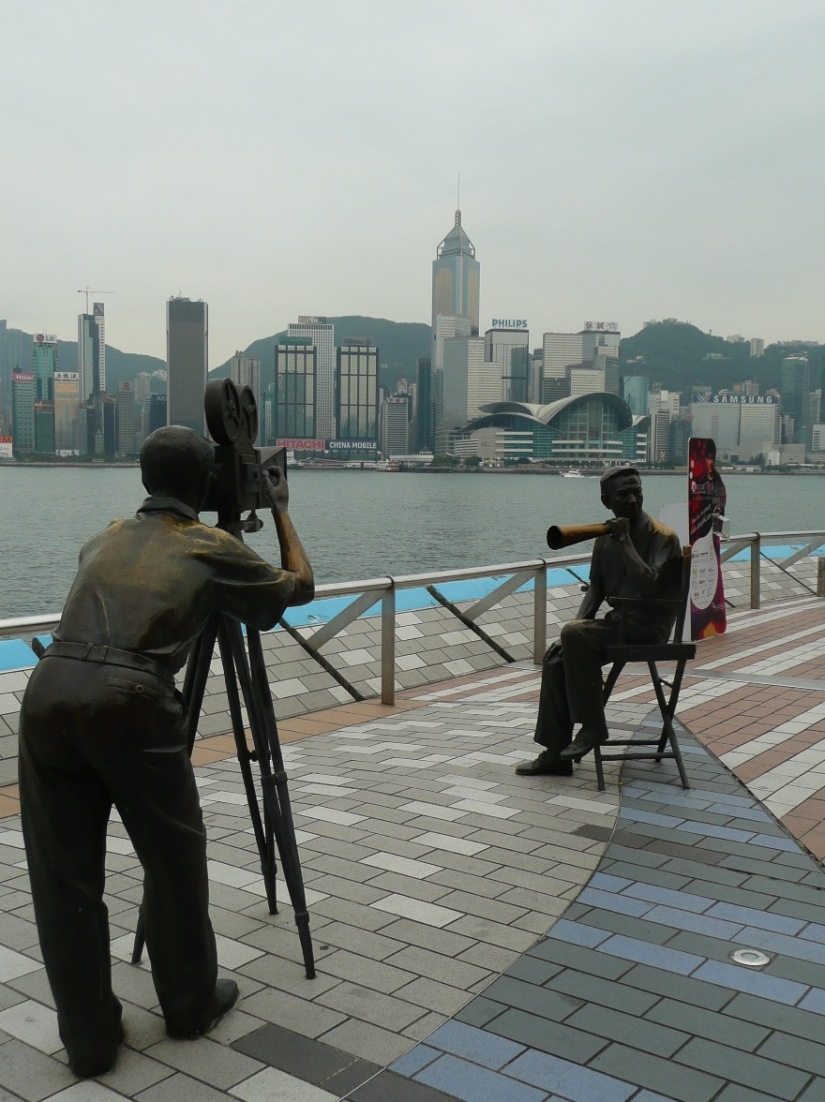 Where do you get your inspirations from? I guess a lot of your posts are from daily news, covering what is happening in Hong Kong’s daily (political) life – so you just follow daily news or is it something that you discuss with your friends and colleagues?
Around the time that I start blogging, I bought a digital camera and got to enjoying documenting things via photography as well as writing. Over the years, I often find that certain photos I’ve taken inspire me to write about subjects related to them or that I think about upon viewing them.

In addition, since moving to Hong Kong, there’s a part of me interested in dispelling certain myths that people (most of whom have never been to Hong Kong but including some folks who’ve lived here for years but, in my not so humble opinion, don’t give Hong Kong a fair shake) have about the place: that it’s a concrete jungle, cultural desert, full of apolitical, status-conscious people who only care about making money, etc. Hence my liking to blog about hiking in Hong Kong, cultural events I attend, etc. (which also happen to conform to my interests).

What upcoming blog posts have you planned? Or do you now plan in advance and just wait till something comes up in the daily news?
I make it a point to write reviews of many films, particularly those from Asia, that I’ve seen.  And what with the Hong Kong International Film Festival – Asia’s largest film festival, more than by the way — having taken place recently,  I’ve decided to offer up reviews of the films — Asian and otherwise — that I’ve seen at the fest.

More regularly, I try to put up two hiking photo-essays a week and also “what I did today” (hike usually!) posts on Sundays. Other than that, I leave it to “chance” or my “mood” do decide what to blog that day… ;b 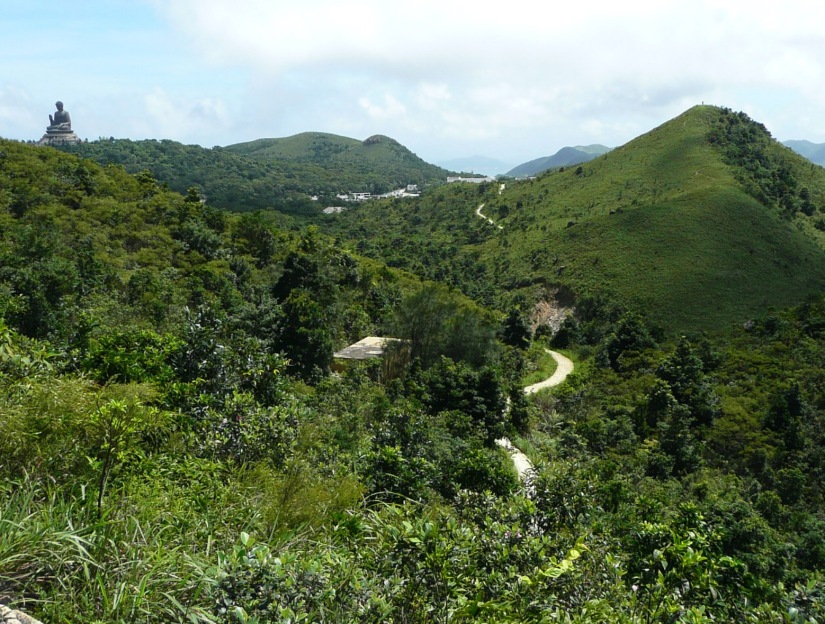 What are your tips for someone to visit Hong Kong the first time? And what for someone who is coming to visit Hong Kong regularly?
For everyone: Get an Octopus card – and I mean the regular (rather than tourist) version which can be used on buses, the tram, etc., and make full use of it. Put another way: be sure to venture to those parts of Hong Kong that aren’t covered by the MTR. This way, you’ll be able to see the non-touristy parts of Hong Kong and (even) that which is green rather than high density urban!

For the first timer: Be assured that despite all the Hong Kong crime movies you’ve seen, Hong Kong really is much safer than most other parts of the world. What this means is that even single women can feel free to be out and about late at night by themselves. With this in mind, you then will feel that there are so many hours of the day (and night) – and parts of the territory — that you can spend having a good time!

Also, please note that Hong Kong may be a part of China but it can be your introduction to much more than that. Among other things, there is a whole distinct Hong Kong culture, cuisine, etc. to be explored. Also, Hong Kong is home to great Japanese restaurants, bars, and Michelin-starred Western fine dining establishments, etc.

For regular visitors: Urban Hong Kong is full of life and things to do. But when it feels like it’s all getting a bit much, remember that you have lots of outer islands, countryside, hiking trails, beaches, etc. to go to. I.e., you can “escape” from Hong Kong by going to other parts of Hong Kong! :D

What are your top three favourite blogs? They don’t need to be HK related.

Over the years, I’ve had a lot of favourite blogs. The sad thing is that many of them have been discontinued. Of the ones that are still active, the following are three of my favourites:-

Paul’s Travel Pics: This blog has provided me with lots of information and inspiration re where to go in the world, and what one can do when there. Thanks to Paul’s tips, I went to – and had a great time – in places as diverse as Kanazawa, Shirakawa-go and Uji in Japan, Luxembourg, Trier in Germany, and Amsterdam and Haarlem in the Netherlands!

Tokyo Times: The man behind this photoblog may not be native Japanese but he obviously knows Tokyo (and Japan in general), and I love that he is able to provide the kind of look at Japan that only an insider can – and, at the same time, makes it a point to cover it the way that a local would not (because (s)he might just take it all for granted).

The Fragrant Harbour: This blogger tends to write more political blog posts than me but I like that she helps me to stay informed about political goings-on in Hong Kong (and China in general). I think it’s important for those of us living in Hong Kong to be aware of what’s going on in Hong Kong politically – because, like it or not, a lot of these developments do actually have an effect on us.

Thanks for the interview Yvonne, it was nice talking with you. I totally agree with you that there is so much more to this city than just the shiny finance district or the markets of Kowloon. There is an abundance of green, plenty of beaches to relax about – and so many hidden corners of Hong Kong, and I’m so glad you are sharing these with us!

If you want to find out more about Yvonne, head over to her blog: Webs of Significance.

2 thoughts on “Interview with Webs of Significance”