After the throne hall we went into through a gate into the next section called Gangnyeongjeon. This is a complex with many houses, used as the king’s main sleeping and living quarters.

The building contains the king’s bed chamber and was first constructed in 1395, the fourth year of King Taejo. Destroyed during the Japanese invasions of Korea in 1592, the building was rebuilt when Gyeongbokgung was reconstructed in 1867, but it was again burned down by a major fire on November, 1876 and had to be restored in 1888 by the orders of King Gojong. 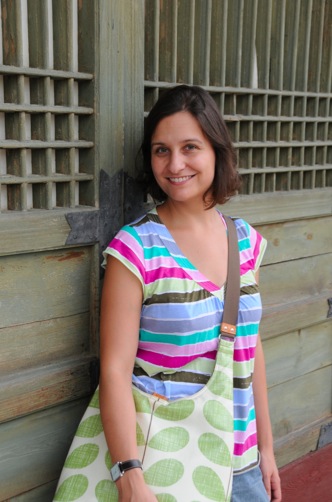 However, when Huijeongdang of Changdeokgung Palace was burned down by a fire in 1917, the Japanese government dismembered the building and used its construction materials to restore Huijeongdang in 1920.

The current building was rebuilt in 1994, meticulously restoring Gangnyeongjeon to its original specifications and design.

Gyotaejeon is the building next to it, and this is the main sleeping and living quarters by the queen during the Joseon Dynasty. The building is located behind Gangnyeongjeon, the king’s sleeping quarters, and contains the queen’s bed chamber. It was first constructed in around 1440, the 22nd year of King Sejong the Great.

King Sejong, who was noted to have a frail health later in his reign, decided to carry out his executive duties in Gangnyeongjeon, where his bed chamber is located, instead of Sajeongjeon. Since this decision meant many government officials routinely needed to visit and intrude Gangnyeongjeon, King Sejong had Gyotaejeon built in consideration of his wife the queen’s privacy.