After finishing the Wilson Trail, Monica and I embarked on the Hong Kong trail. This is a 50km route which passes through the five country parks on Hong Kong island. The trail is divided into eight sections which provide a variety of walks of different lengths and character. We started with the first one from the Peak to Pok Fu Lam Reservoir. A 7km journey which should take around 2 hours. To get to the peak, we took the peak tram. 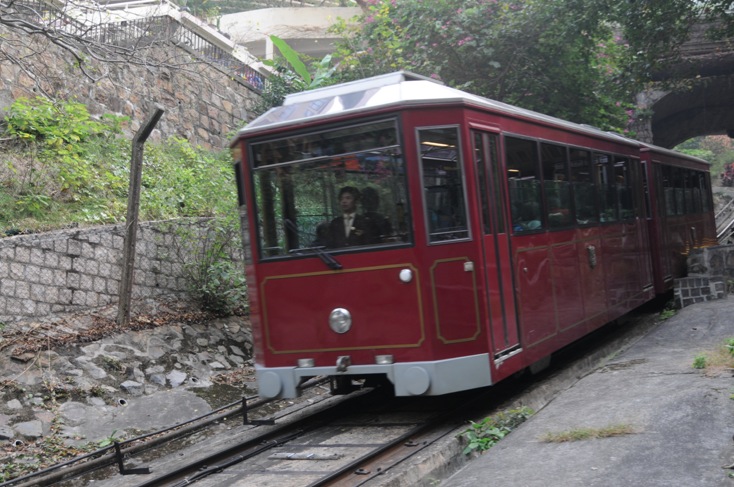 We walked past the Peak Lookout (which originally was a rest pavilion for sedan chair bearer and is now an ugly shopping mall) to reach the Lugard Road.

This road is named after Hong Kong’s 14th governor and was built in the late 19th century on the lines of a hilltop resort. Native plants, including Indian Rubber Trees, were planted to give shade. Even today no traffic is allowed on what remains essentially a Victorian-era promenande, but the road is so small that you don’t want any cars driving on it. There is hardly enough room for four pedestrians walking side by side! 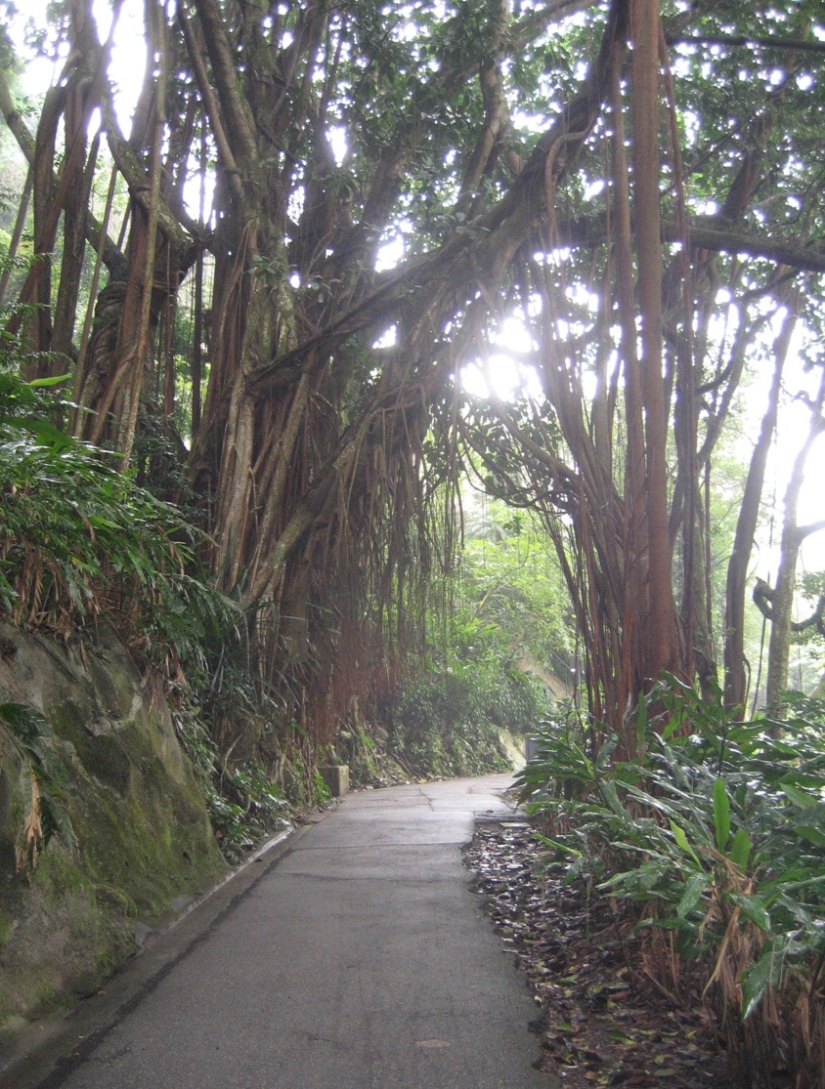 As we walk our way around the northern sloped of Victoria Peak, we enjoy the view.

It’s not very clear, but still an amazing view of the city and the harbour can still be seen (here are some pictures taken at night time on Lugard Road). We head down Harlech Road and descent westwards. There is a view point from which we can see the green slopes and terraced cemeteries of Pok Fu Lam and behind Lamma Channel, where misty outlying islands intersect the shipping lanes.

We continue through a forested section, with glimpses of expensive apartment blocks on the ridge of Mount Kellett. Keeping to a rough contour and heading back inland, the trail crosses half a dozen, steep, rocky streams (probably full of water in rainy season) before it brings us to Pok Fu Lam Road where the first stage ends. It took us just about an hour, as the first part was very flat (asphalt road) and while the second one was a little steeper (with steps) it was nothing compared to some of the tiring stages of the Wilson Trail.