Hong Kong Trail Stage 4 starts at Wan Chai Gap, so we had to walk up all the way from Hopewell Centre to get there. We could have taken bus 15 from the Exchange Square too, as this also goes to Stubbs Road.

The walk begins at Lady Clementi’s Ride. This ride is named after the wife of Sir Cecil Clementi, the 17th Governor of Hong Kong. First, the path is just a dirt trail with some steps and slopes, going past a few rock pools. 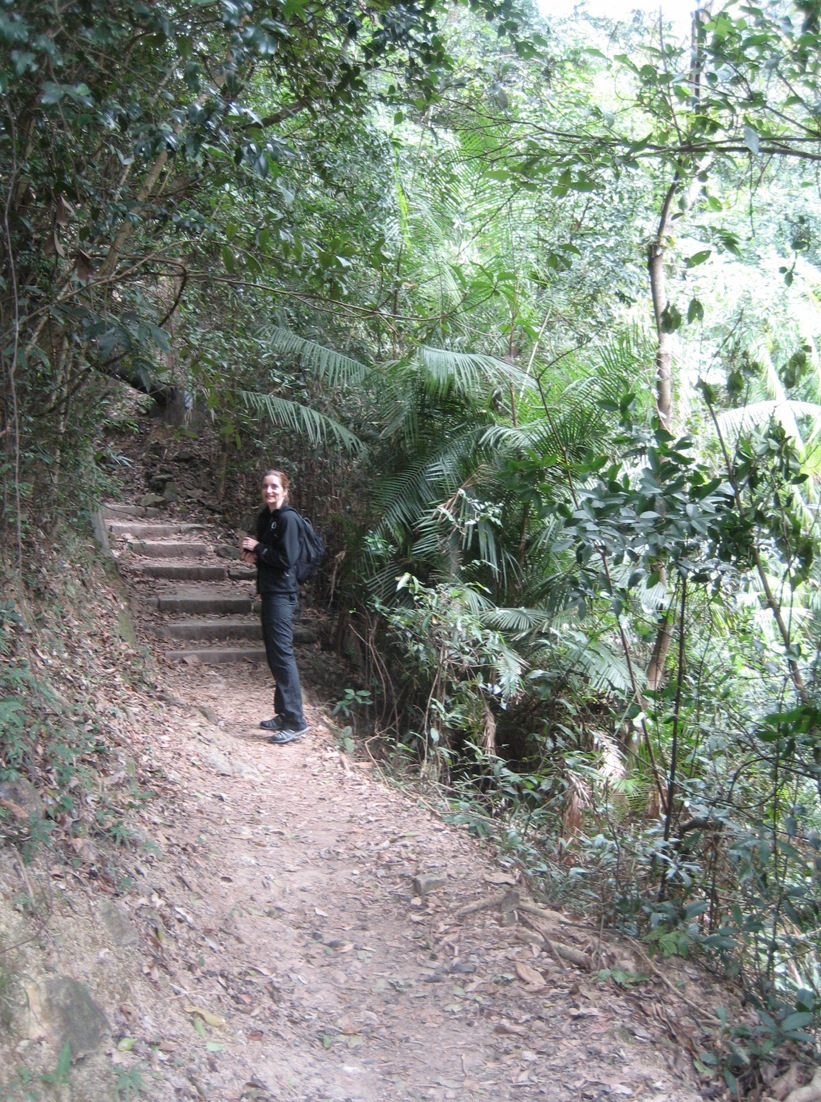 The trail skirts around Aberdeen Upper Reservoir. It goes alongside a catchment area before steps go up to the right. The slope goes upwards until Middle Gap road. This is a wide vehicular road that meanders its way up Mount Cameron. It is tiring to walk (it must be worse in the summer, there is hardly no shade). Up on the peak, the sweeping panorama of Wong Chuk Hang and beyond is exhilarating.

You can see the Ocean Park too. 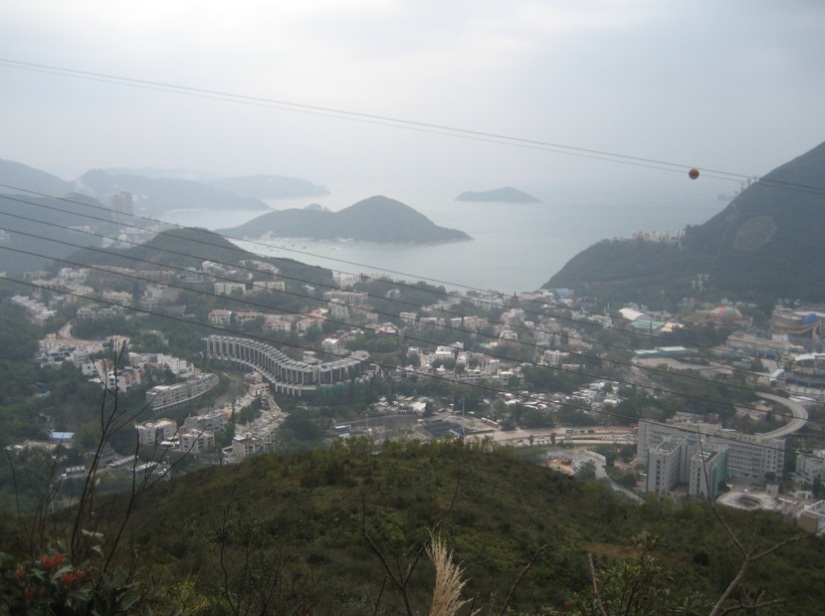 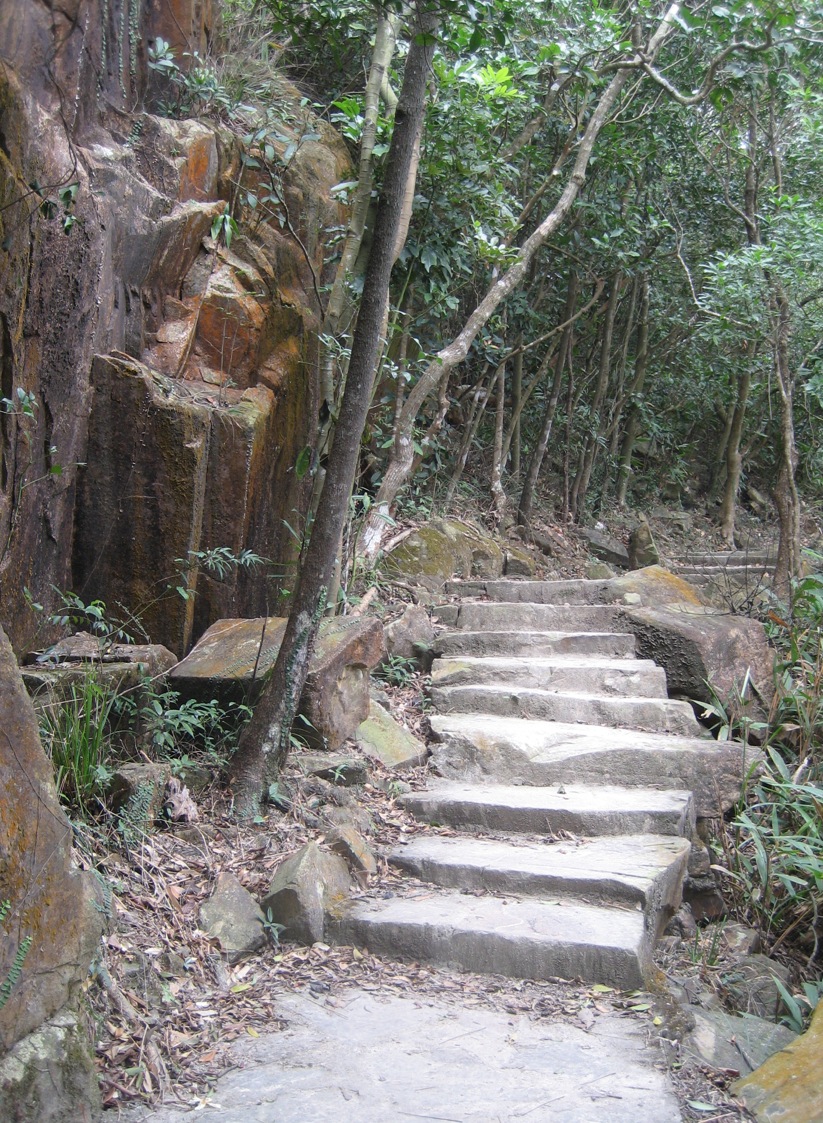 The pedestrian road is named after Major-General W. Black, who was left in charge of the government for most of 1898. He demanded the construction of this road, linking Wong Nei Chung Gap with Magazine Gap ostensible for defence purposes, but also because the army had purchased a hotel on the Peak to use as barracks. On both counts, the general made himself unpopular with the Peak’s otherwise exclusively civilian residents. 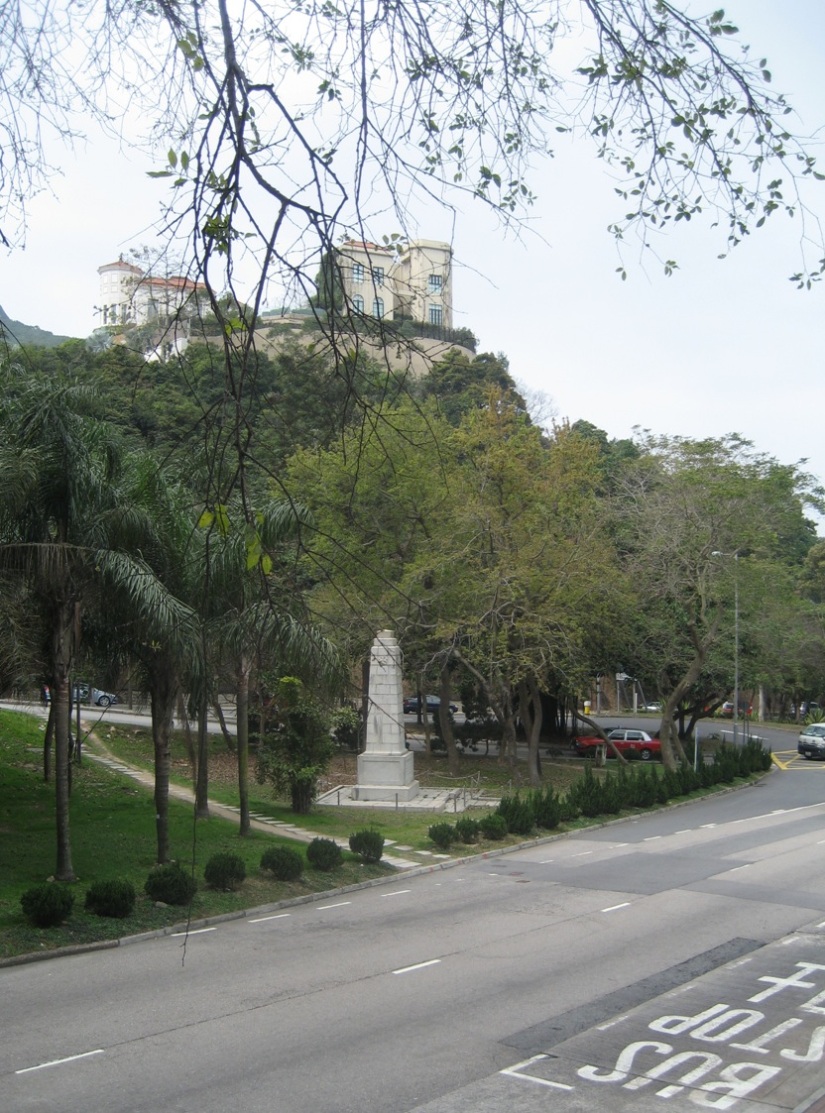 We walked past big houses overlooking the island’s southern coasts and made our way down to Wong Nai Chung Road, and eventually come to an end at the junction of Wong Nai Chung Gap Road and Wong Nai Chung Reservoir Road. The 7,5 km walk did take us 1,5 hours and while we enjoyed the first 2/3, the part up Black’s Link and down to the main road is boring.