Today’s post is later than usual – but that’s because I just came back from my morning’s hike. Monica, Michael and I met in Tung Chung and travelled on the bus to the starting point of Lantau Trail Stage 3, which is a 4,5km hike that took us all the way up to Lantau Peak and then down to the Big Buddha at Ngong Ping. 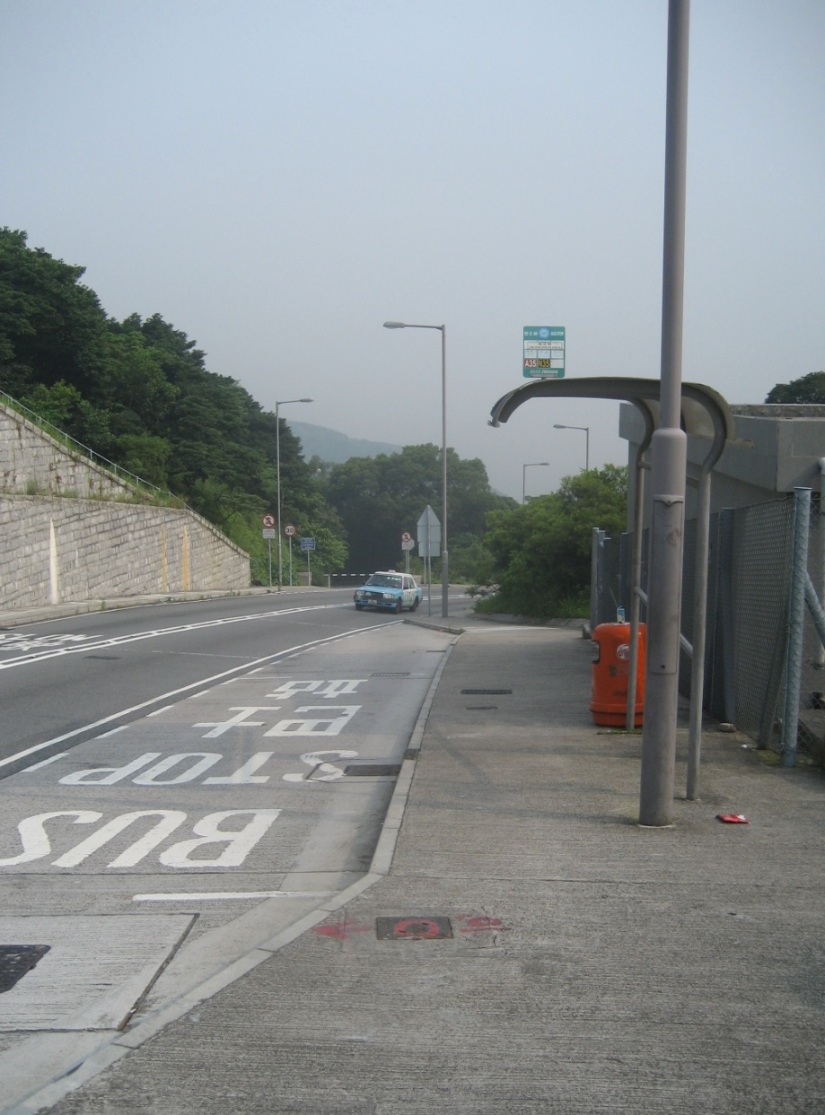 We started from the bus stop and turned right, climbing up the first steps that would take us up the back of the first hill.

It was very cloudy when we started, so we could not see far and we did not know how many hills to climb.

So after the first hill, there came another one.

And another one. We had to keep going.

After 1,5 hours of climbing and stopping, we made it to the top of Lantau Peak, which sits 934 metres above the ground. That’s the second highest mountain in Hong Kong and the highest on Lantau.

The sun was coming through and we could not only feel the heat, but actually see a little bit more in the distance. Still, it was a hazy day with not great views. Seems we have to come back another day!

The next 1 hour of the hike we kept climbing downwards. There were some steeper bits but overall it was easy to walk. At least easier as Jardine’s Lookout, which has such steep steps that I have to be careful not to loose my balance.

We walked all the way down, until we reached the Wisdom Path. The Wisdom Path features an arrangement of 38 giant wood columns measuring 8-10 metres tall and 1 metre wide to showcase calligraphic works by master of Chinese studies Professor Jao Tsung-I. These wood columns are arranged in a laying 8 pattern (meaning endless). The words are from a famous Buddhist classic called the Heart Sutra but unfortunately we could not find an English translation.