On our last afternoon we took a boat along the Chao Praya river, but because it was so packed, we could not take our cameras out. Plus it was late afternoon and very hazy, so the light was not great. We just left the boat at the Tha Chang Pier, next to the Tha Chang Warehouse and walked along the street.

We passed a few food stalls next to the pier but given it was already 4.30pm it was not really busy. There were just a few locals having a snack and a chat.

We walked past the beautiful Tha Chang warehouse – I was trying to find out more info about it – but there was not much available on the Internet.

There were lots of Tuk Tuks everywhere, but then Thailand is the land of the small three-wheeled taxis which zip around the roads at alarming speeds with little concern for the rules of the roads. These motorised rickshaws are called Tuk Tuk because of the sound they make. 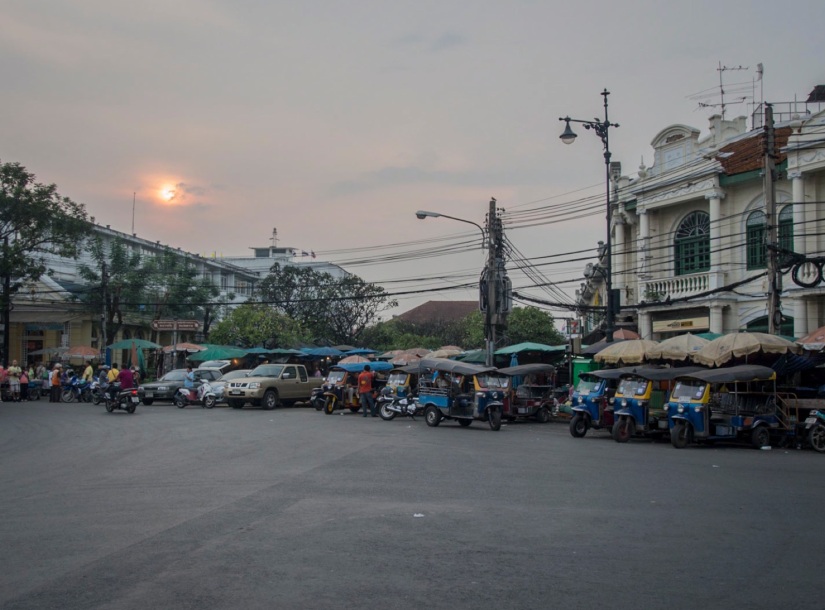 Despite their charm we did not take them – we just relied on the BTS, the ferry boats, proper taxis and our feet to get around Bangkok. Not only are you likely to be taken on a merry ride to somewhere unexpected, but they also race in a crazy manner. 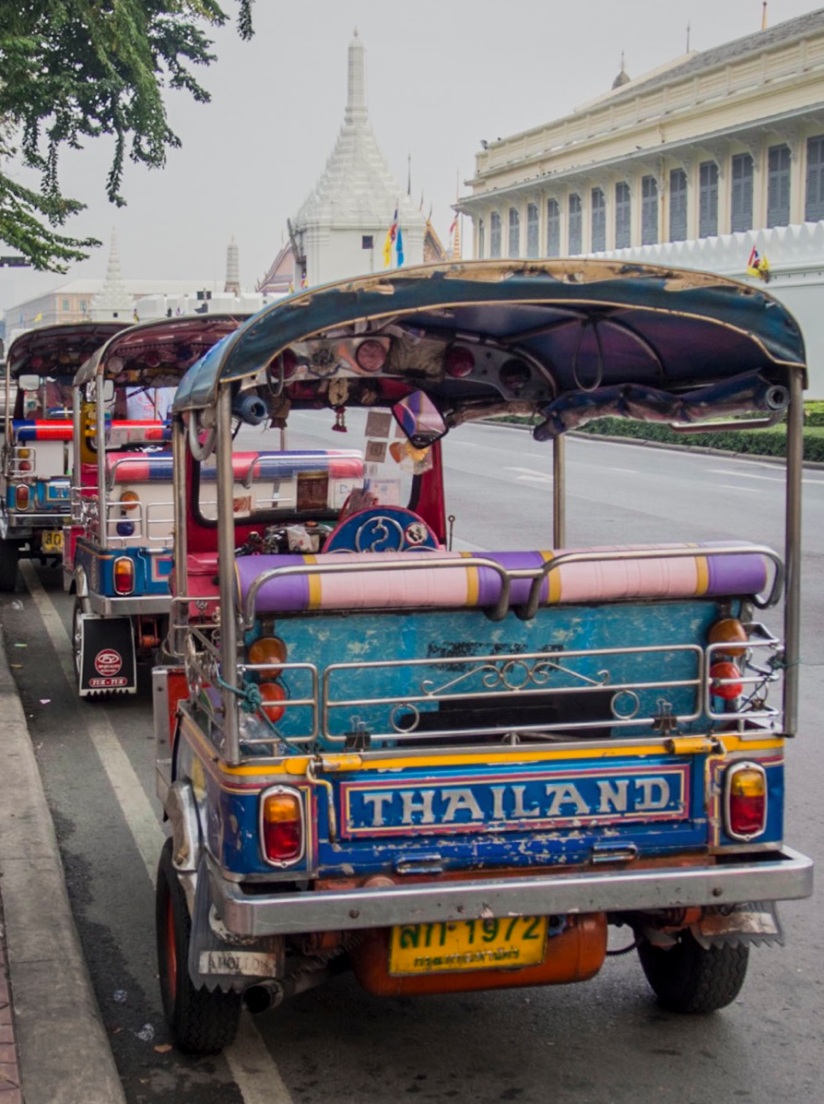 Given their small open cabins, passengers are exposed to high pollution levels too – so we just decided to take pictures of the red, green, blue and yellow shells parking in the street or speeding around us.

When we got to the Tha Chang area, it was too late to visit the Grand Palace, as it closes around 3.30pm, so we just walked alongside the white wall and took some glimpses through the gates at the magnificent grounds.

The Grand Palace was built in 1782 and for the last 150 years, has housed the royal residences among different government offices and the Chapel Royal of the Emerald Buddha.

It was very nice to walk around this area in the late afternoon – there were not many people around, traffic was light and we just had a nice stroll, drinking some fresh coconut juice from the vendors on the street and snapping some pictures of our surroundings.

I found an interesting post about Tuk Tuks on Travel CNN, how they are built and modified and anything else you’d like to know about Tuk Tuks.

2 thoughts on “Bangkok: Tuk Tuks at the Grand Palace”