We stayed two nights in Takayama, as we had plans to explore the town and its surrounding area. So we stayed in a Ryokan, which is called Koto No Yume. It is not a traditional one, as it has about 18 rooms and is aimed at Western tourists – it provided the right mix of East and West for us.

The staff were super friendly and helpful (they spoke very good English), the rooms were nicely decorated and the breakfast and dinner sets were really delicious.

For breakfast we could choose between Japanese and Western breakfast, for dinner we all had the same sets. The menu is all based around the local mountain vegetables, ferns and wild plants. They also served us great sashimi, cured meat and marinated small fish.

We tried the sansai soba (buckwheat noodles topped with greens) and hoba miso, which are vegetables mixed with miso paste and roasted on a magnolia leaf above a charcoal brazier on the table. I wish I had taken a picture of it, but I did not. Here is just a shot of nice cured meat and the small fish on my plate.

On the first evening we had a BBQ and on the second one we had sukiyaki – both with local hida beef, which is excellent. Here we are experimenting with the sukiyaki, a very flavoursome dish. 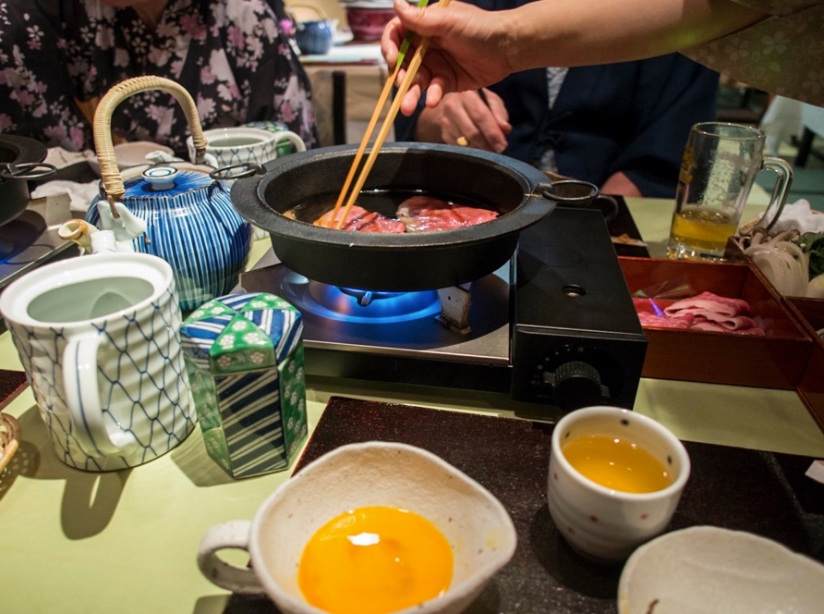 The ryokan was quiet, it is in a side street, just minutes away from the station and the town centre. It has private and public baths, but we were too busy to enjoy them. I’m sure they would have been nice too.

During our stay we had fun trying on a yukata – which is a casual summer kimono usually made of cotton and unlined. Like other forms of traditional Japanese clothing, yukata are made with straight seams and wide sleeves.

After checking into our rooms on the first day, we visited the nearby Hida Kokubunji Temple. This temple is the oldest structure in Takayama.

At its entrance are sarubobo dolls tied to a wooden frame. Those are red human-shaped dolls, with no facial features. Traditionally, sarubobos are made by grandmothers for their grandchildren as dolls, and for their daughters as a charm for good marriage, good children and to ensure a well-rounded couple. The sarubobo is associated with three wishes, protection from bad things, a good home and an easy childbirth. 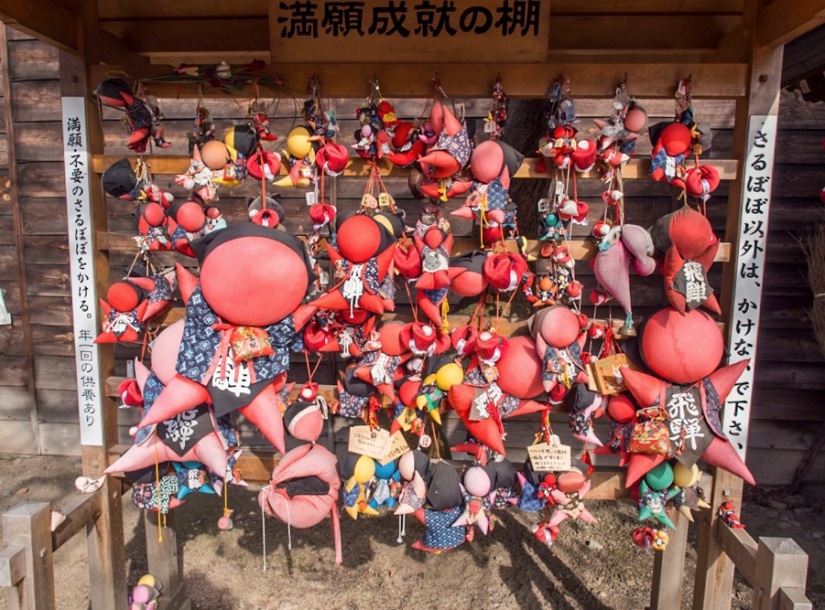 The temple was constructed in 746 by Emperor Shomu to pray for the nation’s peace and prosperity. The oldest surviving structure is the Main Hall, dating from the 16th century. 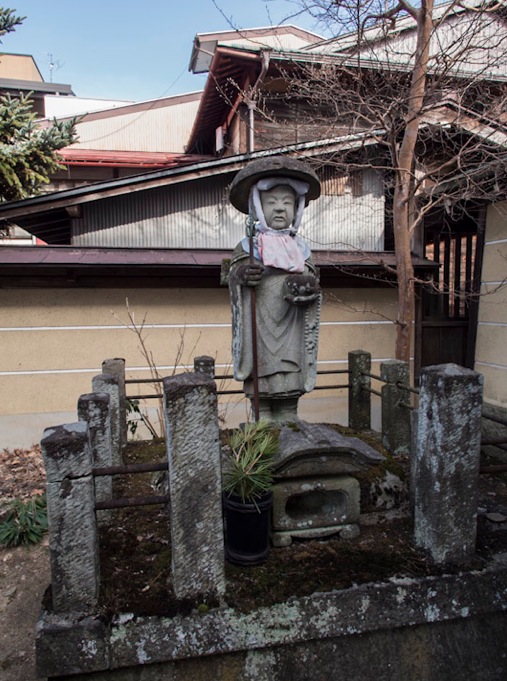 The three story pagoda was reconstructed in 1821 during the Edo period – it happens to be the tallest structure in Takayama, but you can’t climb it. It would have been a nice view from up there.