We left the hotel at 6.30am in the morning as we had read that the earlier we went, the better the chances are to see the fish mongers, wholesalers and traders in action. If we had plans to see the famous tuna action in action, then we would have to get up much earlier as people queue up around 4am (if not earlier). My friend Monica went and saw the tuna auction. It must have been an amazing experience, her blog post makes me very envious that she got the chance to experience the live auction. But it would have been too early for me, to get there at 2.30am!

We took a taxi from the Hilton Hotel in Shinjuku to the Tsukiji fish market in central Tokyo. The market is located near the Tsukijishijō Station on the Toei Ōedo Line and Tsukiji Station on the Tokyo Metro Hibiya Line, so we could have taken the subway too, but as it was raining and cold, we figured it would be easiest to travel by car. 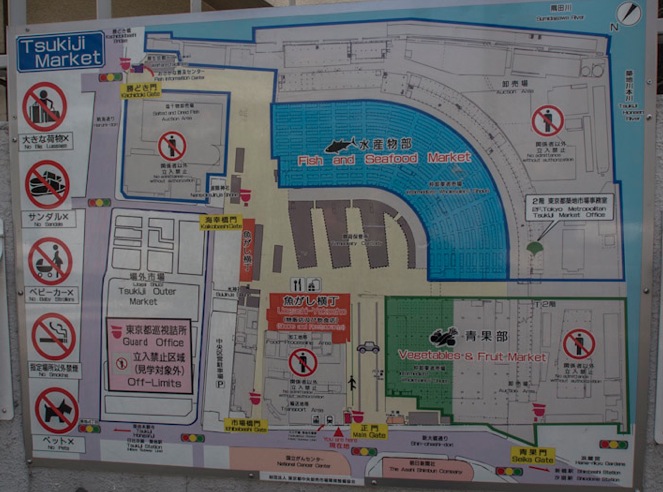 The taxi dropped us off at the outer market, where there are stalls selling spices, fruit and vegetables, small restaurants offering very fresh sushi and sashimi, a few places that sold Katsuobushi, the Japanese name for dried, fermented, and smoked skipjack tuna.

It forms the basis of many soups and sauces (for soba for example). The taste is fishy and smokey at the same time. I like when you place the Katsuobushi on a hot dish, and the delicate shavings move around as if they are alive. What a fun thing to watch!

We arrived in the inner market at 8.15am and what we did not know is that visitor entry into the interior wholesale markets is prohibited until after 9.00am. But as it was raining and cold, not that many people were around and no guards were chasing us off the grounds (however, two days later we arrived on a warm sunny day at 7.30am in the morning and we were chased out of the inner market a few times before we gave up and had sushi for breakfast).

However, on our first visit at 8.15am we just walked through the aisles and enjoyed the sights of the huge amounts of fish, the seriousness of the traders and just the whole atmosphere of this old building. 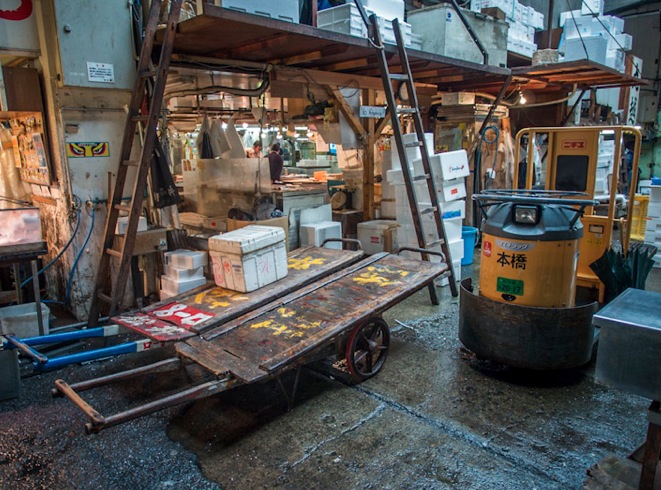 In fact, the current building will soon close down and Tsukiji will be reopening at a different location in Toyosu come 2014. This new 408,000 square meter facility will be about 40% bigger than the current market. But the atmosphere won’t be the same again.

Inside the market you have to be really careful where you go – it’s a workplace and people are very busy around you. They lift heavy boxes, use tools and knives to open and dissect fish and lots of speedy trolleys will shoot past you if you rest in one of the main aisles. Whatever you do, just jump out of the way of the trolleys and let the traders do their job.

Of course, if you are smiley and friendly to people working at the market, they will smile back at you – or at least allow you to take a picture. There were only very few occasions that I could not take a shot. 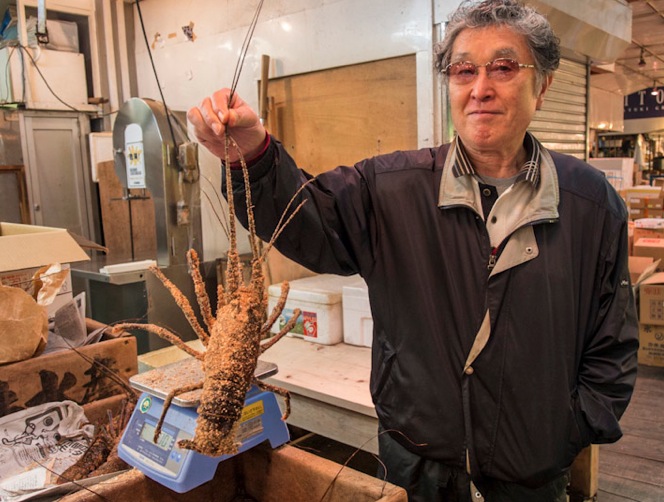 But mostly, I was here to see the fish – and I was amazed by it. According to the official website over 400 different types of fish are sold in this huge market, but I did not count them. All I can say is that there is some amazing fish being sold in Tsukiji Market. 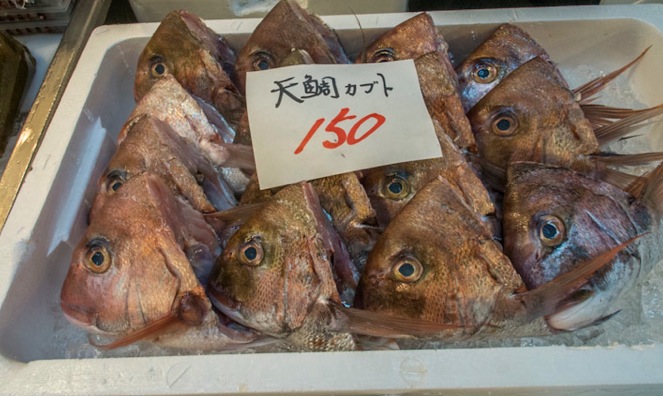 The colours of the fresh octopus are just amazing: 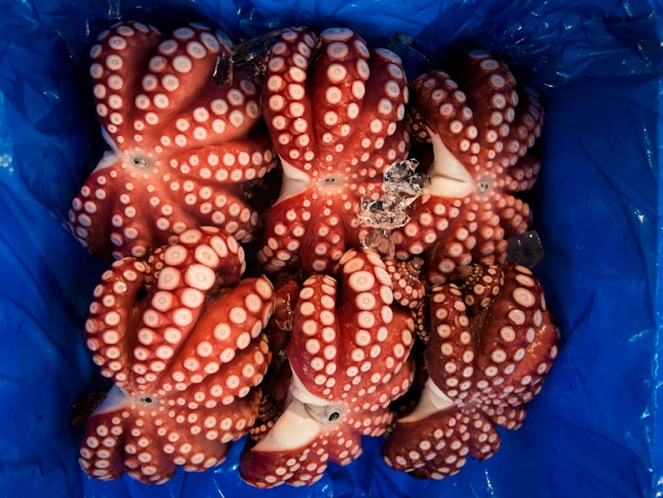