After Patrick arrived late at night and we had slept in, we decided just to wonder along the streets and explore our surrounding areas a little bit.

We stayed in the Park Royal on Pickering Street, which is a newly opened hotel with great architecture and a strong focus on sustainability (but it was very busy and queues at the breakfast were very long). It is in a convenient location, as we just walked along the Boat Quay.

This used to be the busiest part of the old Port of Singapore, back in the 1850s and 1860s. It was developed as a Chinese settlement (Sir Stamford Raffles, the founder of Singapore, had the vision to reorganize the city by ethnic groups) and many traders and labourers settled there (and a little south of it, which developed into Chinatown).

The area around Boat Quay was believed to be a good location for shophouses, because the shape of the river resembles the belly of a carp (one of the Chinese beliefs about wealth and prosperity) – but nowadays there are no warehouses or workshops anymore. There are just restaurants next to bars and cafes. Still, the shophouses have been carefully conserved. 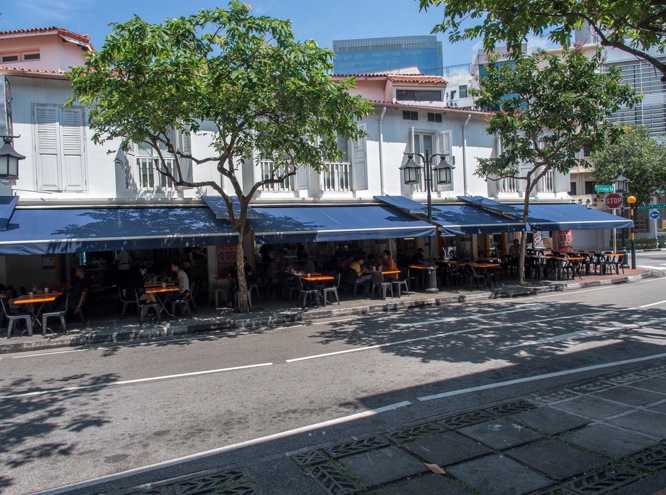 The original purpose of the shophouse was multi-functional and was split by having the trade area on the ground floor and the residential space of the upper floor. You can still see several of those shophouses across different areas in Singapore. 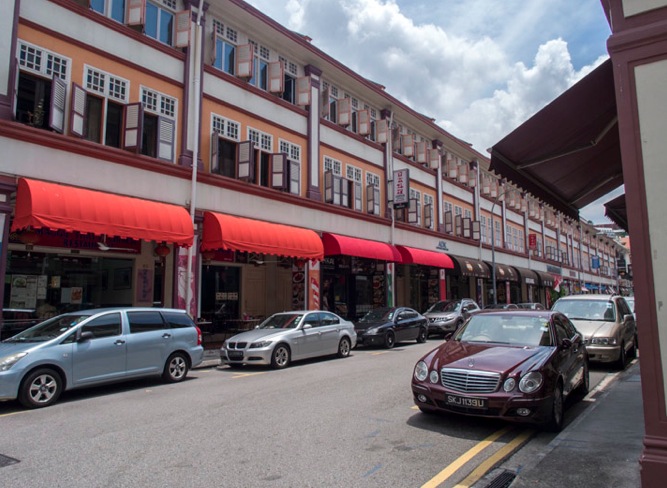 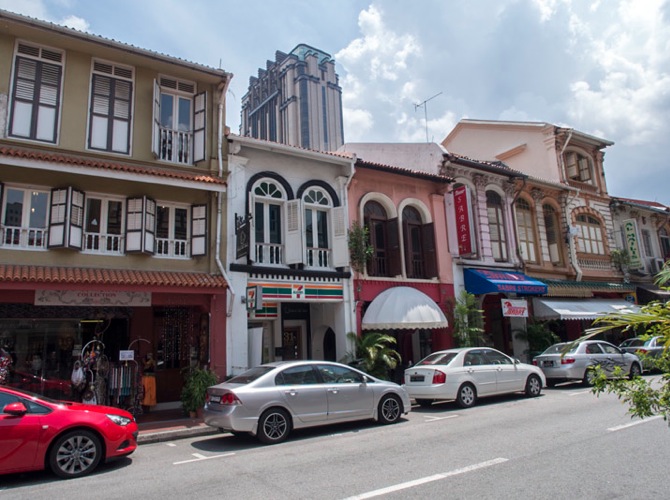 They come in different styles and colours – and I wish I had taken more pictures! Here are just a few that I took while wandering through the streets of Singapore.

Fitting in with the theme of colorful shopfronts is this amazing building with over 900 windows and window shutters in the colours of the rainbow. It is now home to the Ministry of Communication and Information. Can you guess what it used to be? 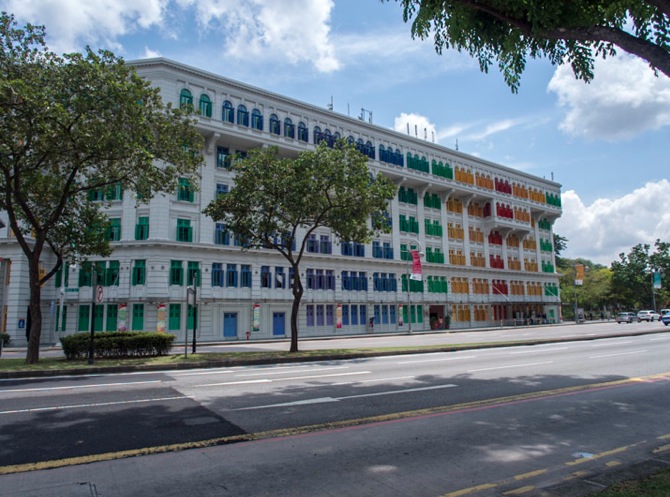 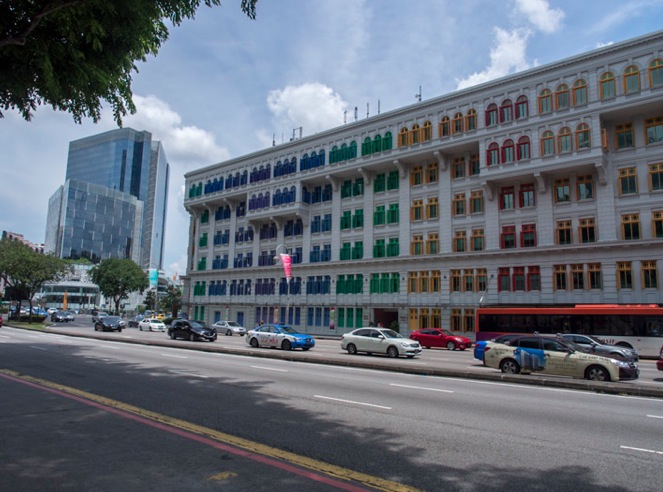 It was the Old Hill Street Police Station, which was the largest government building and regarded as a modern skyscraper at the time of its completion in 1934. Modern for its time, it already had electric lifts back in the 1930s!