Daegu is not a place that was high on my must-visit list – but we ended up going there (maybe you can guess the reason? I’ll reveal it in my next post) anyway.

The city is the fourth largest after Seoul, Busan and Incheon, and about 2 hours on the train from Seoul. We only stayed for one night and had a hotel booked next to the convention centre.

This is actually one of the outskirts of the city, it’s not actually downtown Daegu. To get to the downtown part, we had to take a taxi for anything between 20 and 35 minutes, depending on the traffic. Daegu seems to be surrounded by mountains, it’s hilly and green – and I wish we would have time to explore the surroundings, but we only had a few hours to spare… 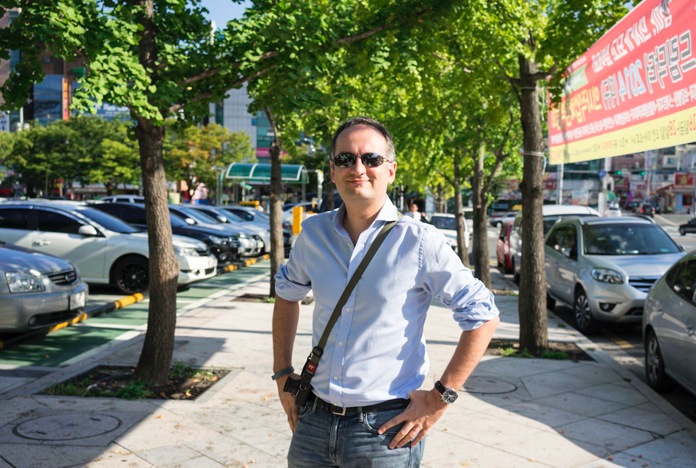 … so we just walked through the downtown area, which had a few shops. Similar to several places in Asia, it seemed that different streets were dedicated to different shops. We walked through a street selling radio and TV equipment, the next one sold kitchenware and then there was one with spare car parts! 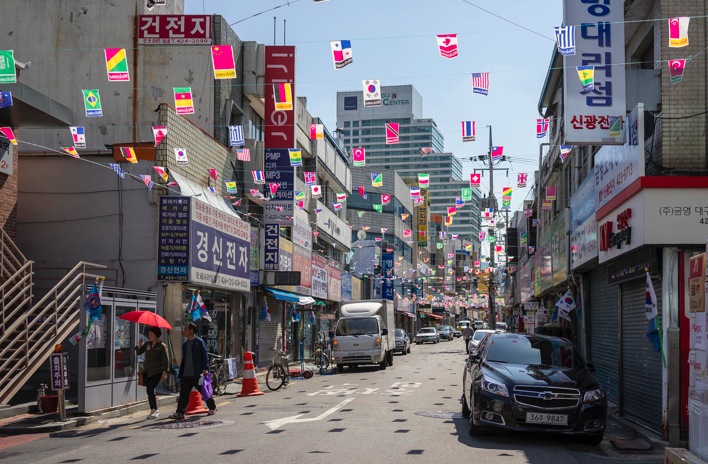 Also one thing that was very popular in Daegu were shops selling army, navy and military wear. I guess that’s because there are three American military bases in Daegu that are home to several thousand Americans… or maybe it’s a typical thing sold in South Korean cities!

Actually, at night time we really noticed that there were a lot of non-Koreans out on the street. We had thought we’d be one of the few Westerners, but that was actually not the case. 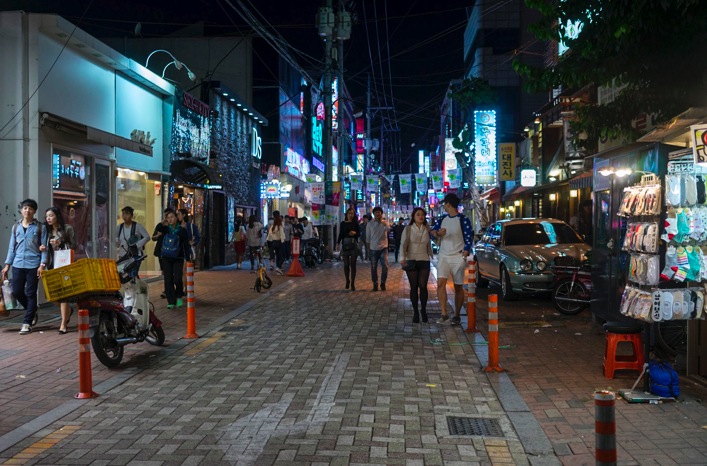 Of course, we went to an area that’s very popular, so no wonder there were lots of different people hanging out. We went to a local bar, which was quite fun – good music and (compared to Hong Kong or Seoul) cheap drinks!