Shanghai Street runs through Jordan, Yau Ma Tei and Mong Kok – and it was once a very busy street in Kowloon. 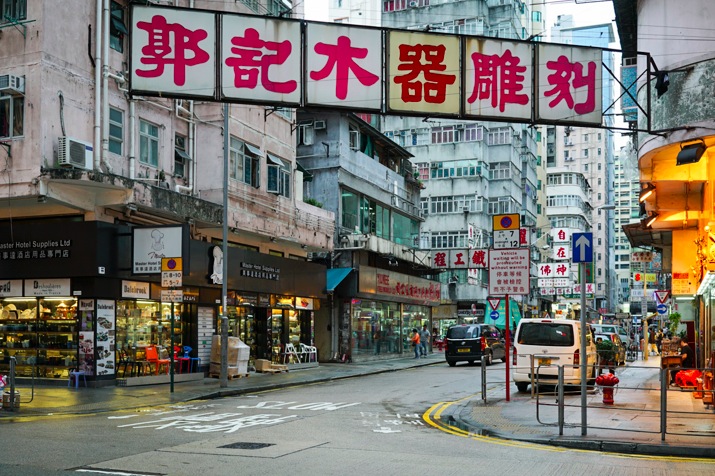 Back in the early twentieth century, Nathan Road was just a quick way to get to the countryside. The real action was on Shanghai Street where shops served thousands of people who lived and worked in the typhoon shelter a few blocks west. But with the typhoon shelter gone, replaced by a highway, railroad and new housing estates, the street’s pulse has slowed. It is now famous its for kitchenware shops.

Prior to 1874 the land that Shanghai Street stands on was sea, making Shanghai Street an early example of reclaimed land in Hong Kong. Initially the street was called Station Street (because of the Yau Ma Tei Police Station that was located there).

In 1909 the street was renamed – because there was another Station Street in Sheung Wan, which confused people – and also the Government started to name streets in Kowloon after major Chinese provinces that traded with Hong Kong, to recognise Hong Kong as a commercial port. The British colonial government in Hong Kong found the area of Station Street was as prosperous as Shanghai in China at that time while Hong Kong was having trade relation with Shanghai. Therefore, they renamed Station street to Shanghai Street.

In recent years, the street has also carved a niche for itself as Hong Kong’s kitchen supply district, with a busy strip of shops selling everything from professional-grade knives to bamboo steamers… 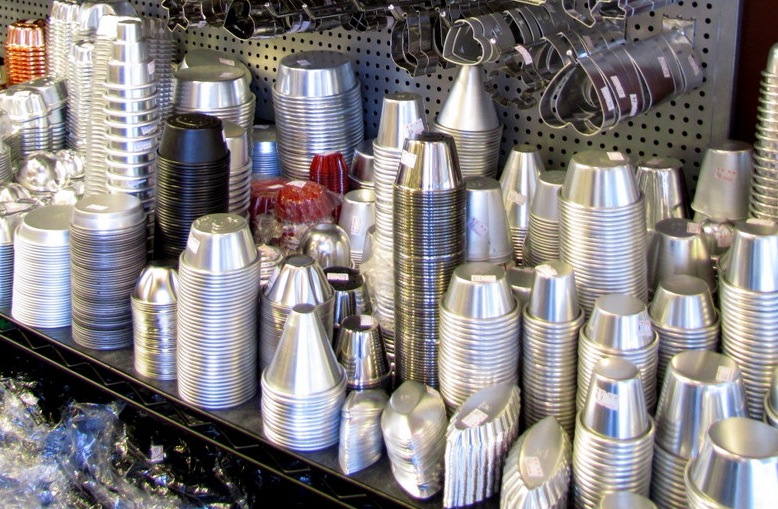 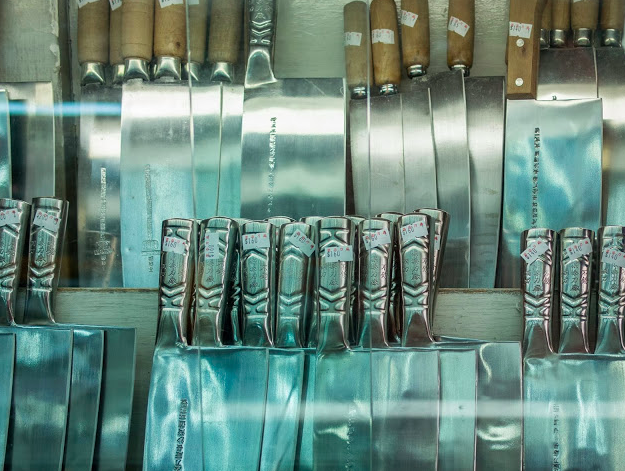 …and something that looks like toilet brushes. Can you guess what it is? Don’t be confused, this is a shop selling kitchenware!

It is actually a basting brush made out of coconut – the reason being that the restaurants grill their porks, ducks and chickens over very hot flames/coals and if they were to use plastic brushes to bast the meat, those would just melt away. But the traditional coconut ones are much more sturdy!