We had lovely weather over the Easter holidays (I guess it stopped today!) so we decided to take Lina out in her stroller, and one of the easiest and best walks with a baby is from Deep Water Bay to Repulse Bay. Just ask the taxi driver to drop you off at the Island Road and walk to the end of the beach, where the BBQ area is. Behind the BBQ area is the start of the Seaview Promenade.

It’s just 1.5km along the waterfront, but with some scenic views. During the walk, you can enjoy the view over the two bays and you can also see Middle Island with the Royal Yacht Club. 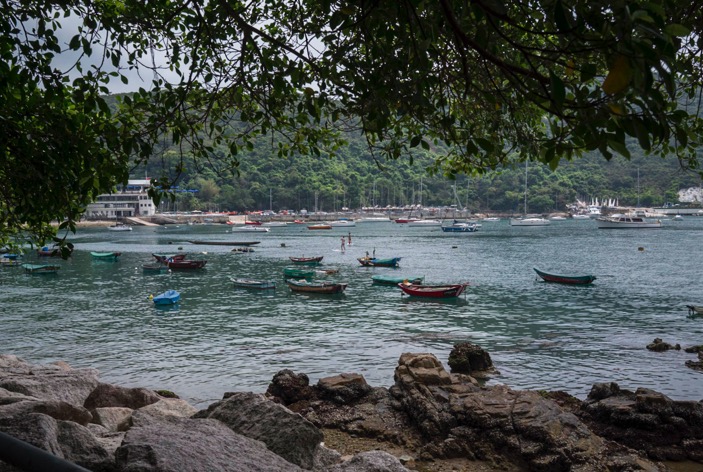 Some parts of the walk are nicely shaded…

… and then you turn a corner and see the massive buildings of Repulse Bay. The curved building is the background is “The Lily”, one of the most expensive developments in Hong Kong.

The walk ends at Repulse Bay Beach, but you can continue on to The Pulse and the Kuan Yin Temple with the Tin Hau statue at the other side of the beach.

1 thought on “Walk from Deep Water Bay to Repulse Bay”