Our main reason to visit Tai Po was to explore the Tai Po Waterfront Park. I became curious about this park after seeing images of the spiral lookout point and reading many nice things about this park on several blogs, including Rachel’s blog Little Koo.

We walked to the park from the railway museum via the market street and the Man Mo temple. It took us roughly 30 minutes – and thanks to Google maps the park was quite easy to find.

Alternatively, the standard recommendation is to take the MTR to Tai Po Market and then take a taxi for approximately five minutes.

The park features several different rest gardens (in some you can fly a kite, in others you can let your motor boat run), sitting-out areas, an insect house, a promenade along the harbour front, a jogging trail with fitness stations and a 600-seat amphitheatre – and the scenic lookout tower.

The Tai Po lookout tower is 32.4 metres high and provides a panoramic view over Tolo Harbour, the Tai Po Industrial Estate and all the way over the countryside to mainland China.

Unfortunately it was a grey day when we visited, so we could not see too much. 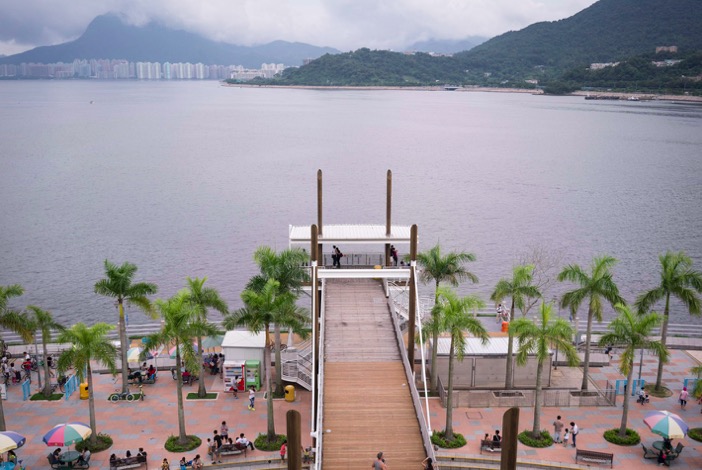 After climbing the tower, we walked around the Western gardens – which must be beautiful when the roses blossom, but when we went in September, they were quite bare. 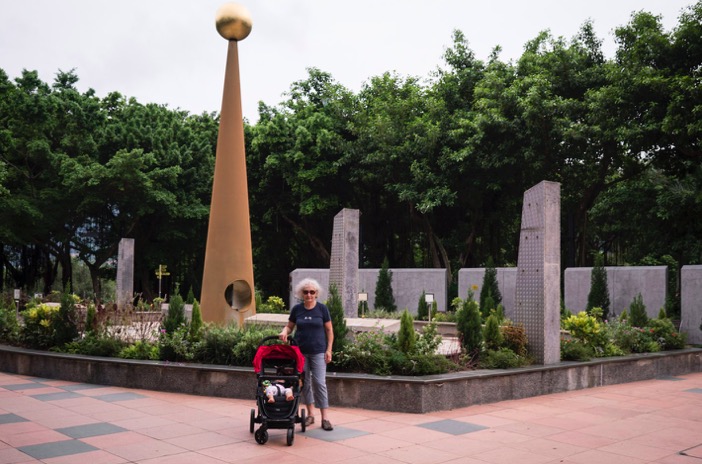 We had high hopes for the insect house – but once inside we realised that the animals are fake (but easy to maintain!).

So we just quickly walked through it (it was nicely air conditioned on a humid day) and then spent more time outside at the lovely ponds.

The park also features some nice playgrounds, but Lina was just starting to crawl when we visited the park, so we did not stop there. Rachel had checked it out, and judging from her blog post pictures they seem like fun!

Personally I would not go out all of my way to travel to Tai Po and just to go to the waterfront park – I would try and combine it with renting bicycles or going for a BBQ, or like we did, with a museum visit and a stroll through the city. Then you’d get most out of travelling to Tai Po. But that’s just my two cents.