Tai Kwun means big police station – and it is also the most recent heritage site that opened on May 28, 2018 in Hong Kong. The Tai Kwun Centre for Heritage and Arts is in the heart of the City, on Hollywood Road, and it has been a building site for many years, after the central police station was decommissioned in 2004, followed by the Victoria Prison in 2006, but now it is finally open.

It is a huge 13,600 square-metre compound – featuring 16 historic buildings grouped around the police station, the former Central Magistracy and Victoria Prison.

Most of these were built between 1864 and 1925, but of course, during the course of time parts were destroyed, changed and modernised.

It was a massive project, to return the old buildings to their former glory – and the Hong Kong Jockey Club worked with lots of different parties including Herzog & de Meuron (who created two new buildings to house an art gallery space and auditorium) to make this heritage site come true. 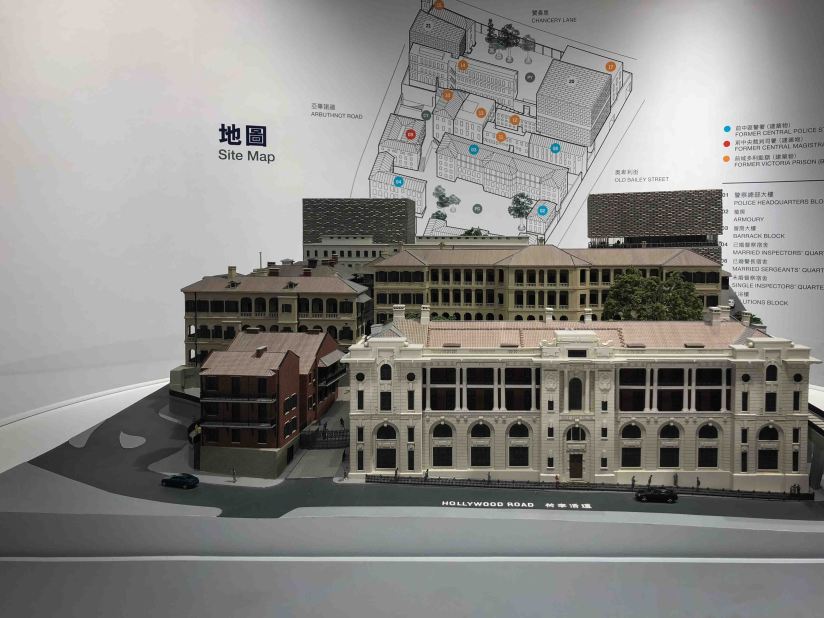 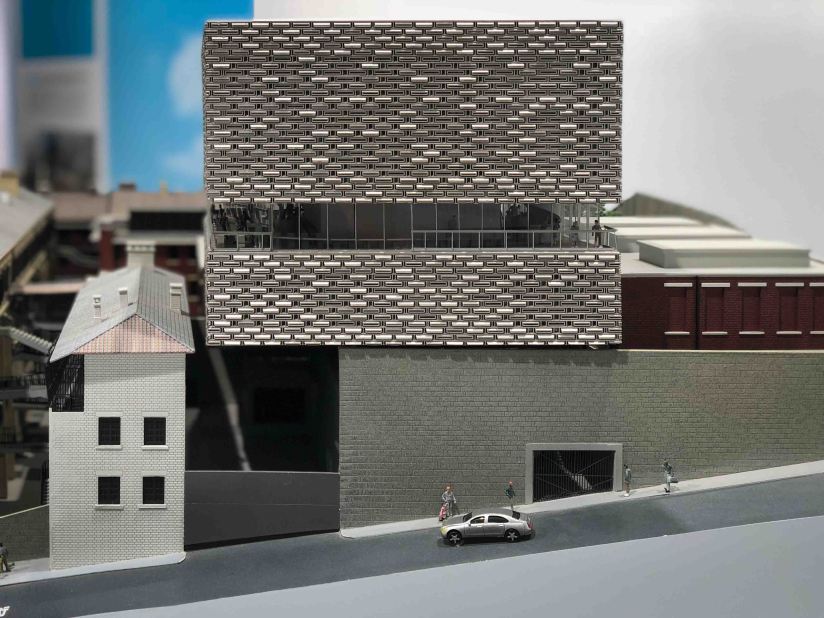 The opening of the compound is happening in phases. In the first one, from May 2018, 11 historic buildings together with the new art galleries and new auditorium, and the outdoor spaces of the Parade Ground and the Prison Yard are open to the public. Four other buildings, namely the Armoury, Married Sergeants’ Quarters, Single Inspectors’ Quarters and Central Magistracy are targeted for opening in the coming months. A recovery plan is being formulated for the Married Inspectors’ Quarters, which collapsed partially in 2016, and its opening arrangement will be announced later.

I was lucky to visit Tai Kwun Centre for Heritage and Art already on June 4, 2018 in its first week. All the big celebrations and VIP visits had taken place already, and it was quieter – some shops were still decorating and not yet open, the restaurants were still testing the menu items and coping with the lunch time rush – and most importantly, I could stroll through the huge site leisurely, without rush.

When I went back on the dragon boat day on June 18, 2018 it was packed, hectic and a completely different atmosphere. On that public holiday lots of activities and events took place, but there were also many many many people.

But back to my first visit: I visited from the Pottinger Gate on Hollywood Road, and walked into the big courtyard behind the police station. It was nice to be in a big open space, away from all the traffic of the busy city – and the big old mango tree provided some lovely shade in the hot sun.

The mango tree is such an important part of this compound that there are several stories displayed throughout the site, recounting memories of people working at Tai Kwun, for example how they thought that if the tree was bearing lots of fruit one year, then there would be a lot of promotions that year. 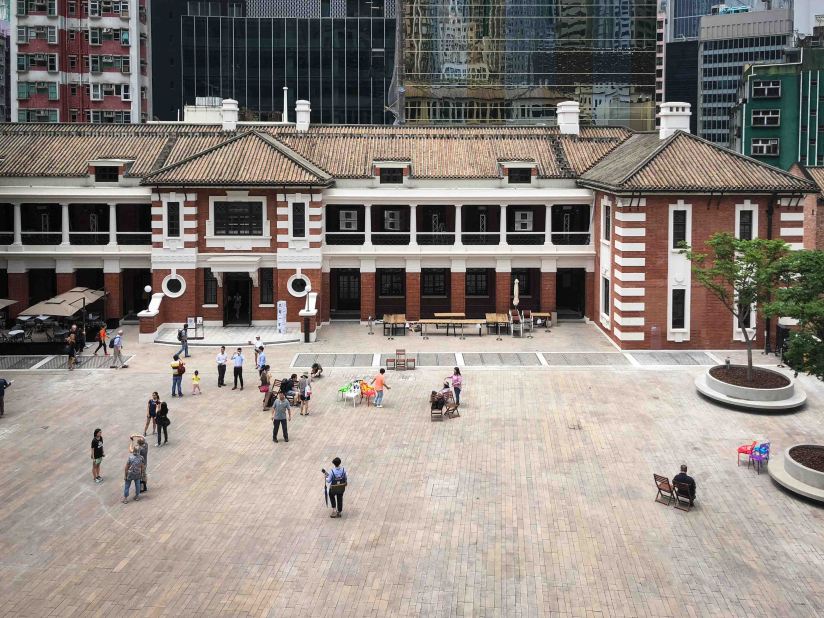 I started with the Police Headquarters Block, built in 1919 (by the way, here is the historical timeline of the complex). It is a classic Victorian style building with beautiful red brick walls, and lots of beautiful details, like the mosaic in the floor and the diamond patterns in the window. 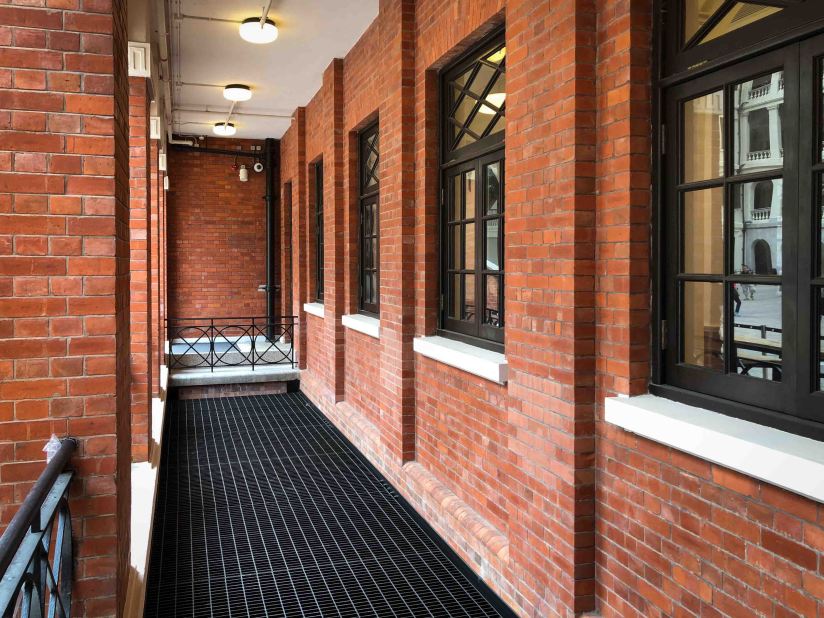 Inside is a permanent exhibition about the history of the Hong Kong police force, and also the current special exhibitions ‘100 faces of Tai Kwun‘ (until Sep 2, 2018). 100 stories have been collected from 100 ‘kaifongs’ (local neighbours) and friends in the past two years to explore the history of the Central Police station – and this exhibition is great for kids.

My toddler loved to sit in the cha chaa teng and listen to stories, watch the videos of the friends of Tai Kwun, and participate in the little shop/scenes that have been built (e.g. Lina could pour tea, pretend to work/sit in a restaurant, do some print work, help with the laundry etc.) and she also played with the big video installation, trying to catch the ding dings or taxis that drove around.

We also explored the rooms with the history about the Central Police Station and again, it has been well-thought through. There are lots of pictures, short videos and activities to keep the younger ones entertained – Lina kept playing with the cars to arrange them in the car park, asked me about the uniforms (and whether she could try them on) and together we listened to the self-guided walk on the Tai Kwun app to learn more about the history of the Central Police station.

Apart from the exhibitions, there are also several shops and restaurants in the building. On the first visit, most shops were not open (or restocking after the busy opening weekend): LockCha Tea House and Shop, Van Gogh SENSES Giftshop and Vivienne Tam were not open. On my second visit, these were all open, except for the TASCHEN shop that should arrive soon, and on that busy day, we ate lunch at the French restaurant Cafe Claudel, which is small but offers a good selection of French snacks and you can also sit outside (although you have to order the food inside). 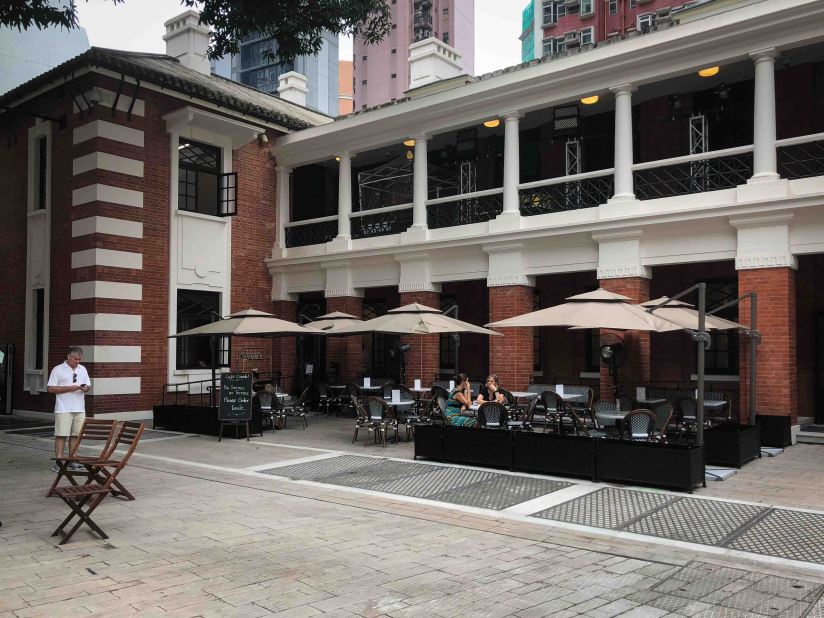 Next to the Police Headquarters Block is the Barracks Block, which is home to the Information Centre including the Main Heritage Gallery and the Operation Central Exhibition.

There are plenty of shops and restaurants in this building, including its own Tai Kwun store. I did not visit all of them, but I stopped at Bonart (a terrarium concept store), Loveramics (I love their quirky china), drooled over the bespoke cakes at PhoenixSweets and ate a quick lunch at MaoMaoEat, which is the new outlet of Hong Kong’s famous Tsui Wah Group.

MaoMaoEat offers a short menu of cha chaan teng specials, as well as freshly baked Hongkong-style buns and bread. It is basic food like instant noodles with satay pork or ham and macaroni soup that hits the spot – and there is also a plant-based Beyond Burger. I have not tried the burger, but my milk tea, sweet bun and noodles with satay pork were a quick and very affordable lunchtime snack – so that’s a good option if you are eating out with kids at Tai Kwun.

The Barracks Block is connected via an elevated walkway to the buildings in the Northern Part of the Complex, surrounding the Prison Yard. More about that in my next post.

Address: 10 Hollywood Road, Central, Hong Kong. Note that the Central-Mid-Levels Escalator is connected to the compound by a new footbridge constructed at the intersection of Hollywood Road and Old Bailey Street.

Tai Kwun Pass: There is no admission fee. However, in the current launch phase, visitors are encouraged to get a Tai Kwun Pass which gives you guaranteed access to Tai Kwun and is essential during peak times (e.g. weekends and public holidays). At off-peak times, a limited number of visitors will be able to enter without a Tai Kwun Pass, but this is currently capped at 3,500 visitors at any one time.