The Hong Kong Science Museum is an all-time favourite with my kids – despite the fact that some areas could do with an overhaul! But the good thing is that the museum keeps updating and changing, without actually closing its doors.

The museum has four floors filled with exhibits, and lots of buttons to press and things to do/learn for children. We usually start at the lowest floor, which is called G/F and is home to the permanent exhibitions about biodiversity, environmental conservation, life sciences and world of mirrors. 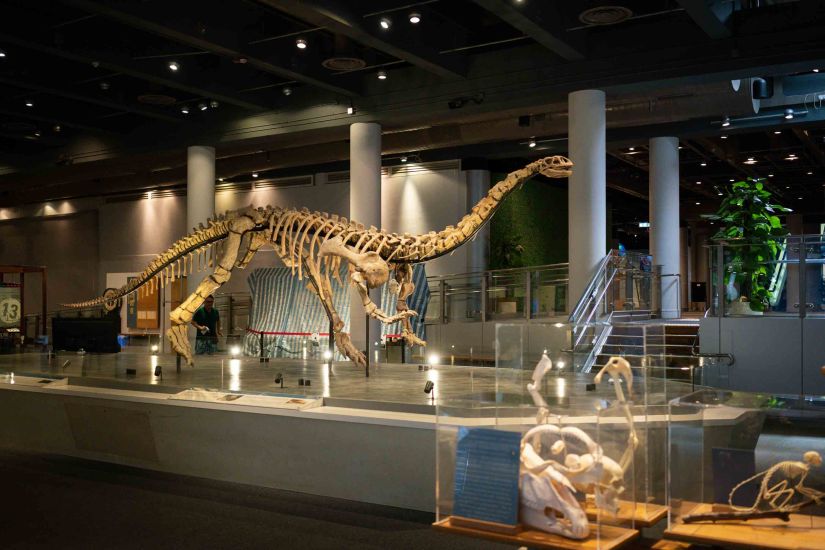 This part is very interesting for all of us – the kids can explore different animals, their habitats and lifestyle – as well as learn about the human body and do some fun exercises. Some times there is also a molecular demonstration on this level, with lots of smoke and ice, which we all enjoy watching. 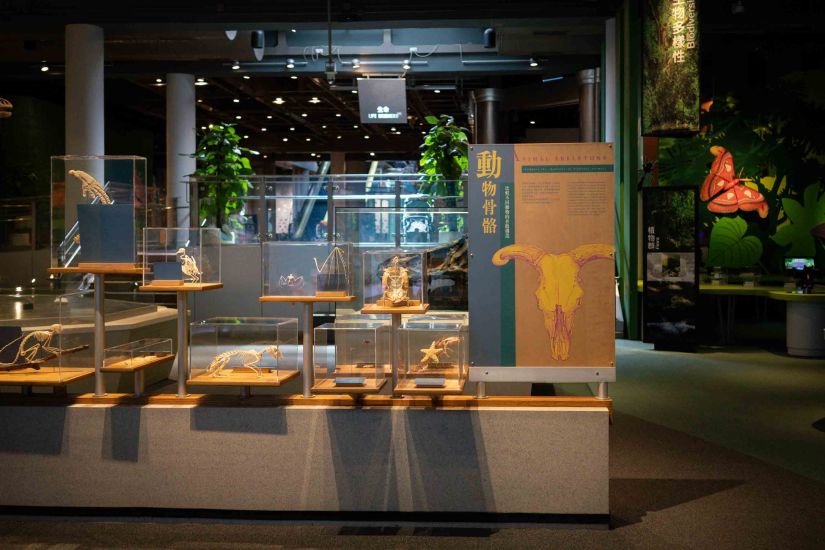 The first floor is currently undergoing a facelift, and there is just a section on electricity and magnetism to explore. It is done in an interactive way, there are lots of exhibits for the children to touch – and because this area is close to the entrance/exit it is often very busy.

So we usually head up the next level, to the second floor. Again, this floor has not yet been renovated, so it feels a bit tired – but the children still love to play in the kitchen area of food science, play with mathematics and logic puzzles, and the big highlight: watch the ships on the fake pond (at certain times of the day there will be demonstrations) and stare at the big aeroplane above our heads and fantasise where it will have been. 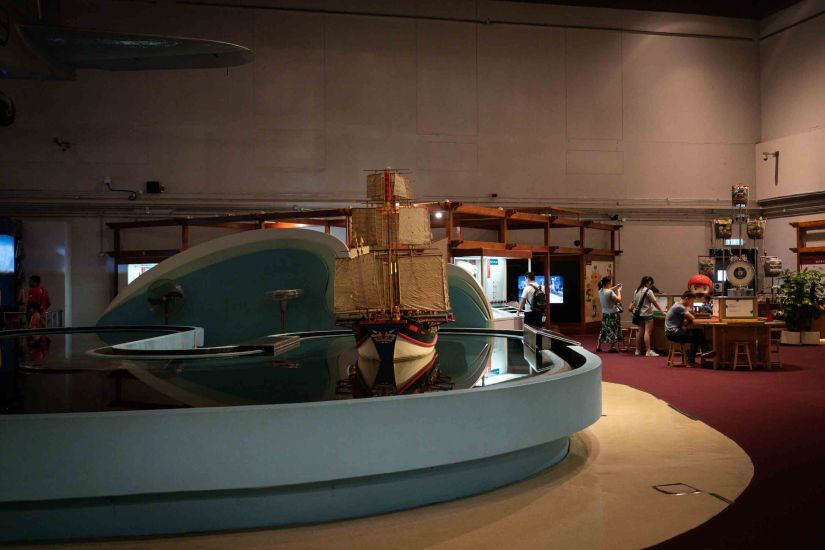 There is also a section on telecommunications on the second floor, but we usually ignore it and head up straight to the third floor – which has been renovated recently and houses the children’s gallery!

This area has been designed for children – and it is great fun. There are several sections, including a big kids’ work site (for children between 80-120cm of height), where children can build a house (or just play with the building stones, the trolleys and the crane). Next to it are a car that the children can fix (or pretend to drive), a hidden animals exhibit, a cloud ring to produce cloud rings (the name is a give-away…) and several other smaller exhibits where children need to use their motor skills to raise/drop balls. On the opposite side of the work site is a ‘build your own roller coaster’ activity, which is also good fun for everyone.