Every second day of the Chinese New Year the city of Hong Kong arranges a massive fireworks display over the harbour. The annual display attracts an estimated 500,000 people on either side of the Victoria Harbor to watch the fireworks, which start at 8pm and last for 23 minutes and 23 seconds.

Knowing that everyone tries to watch the fireworks and that river traffic shuts down between 6.50pm and 9.00pm we made our way to the Kowloon side of the Harbour at already 6pm.

When we arrived, already hundreds were making their way to the Avenue of the Stars in front of the Hong Kong Museum of Art. This is a great viewing space, where you can see the daily laser and light show at 8pm without any obstruction.

Hundreds of people were already waiting, some of them had blankets with them as well as food and drinks and were enjoying themselves with a family picnic. They sat there and just relaxed, while others were queuing behind them. At 6.30pm it was already packed, people were squeezing from all sides, and they locked the area.

We waited patiently for 90 minutes, with people edging towards the front. As soon as a group of people stood up from their picnic, other rushed from behind to reach a place at the front (even though the fireworks will be seen from almost every angle, as they will be high up on the sky).

The fireworks display started at 8pm, together with the light and laser show. 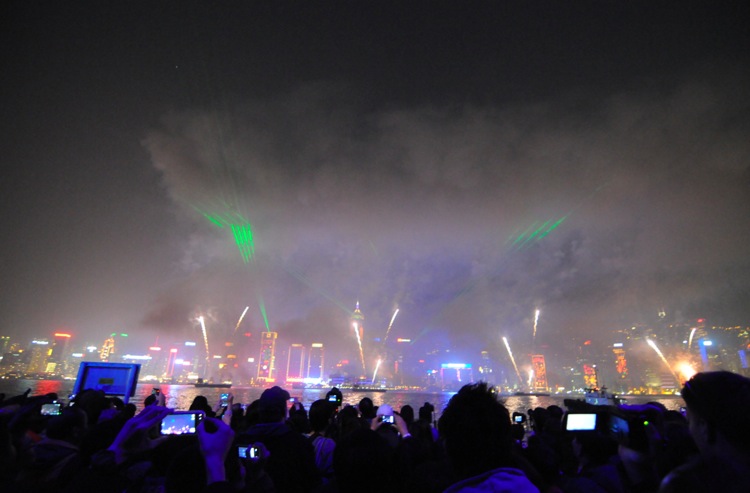 It was an impressive sight, not only well synchronised (the fireworks were lit from barges on the river) and in time with music playing on the loudspeakers surrounding the Avenues of the Starts, but also with some really clever fireworks including the following:
– Some happy and smiley faces 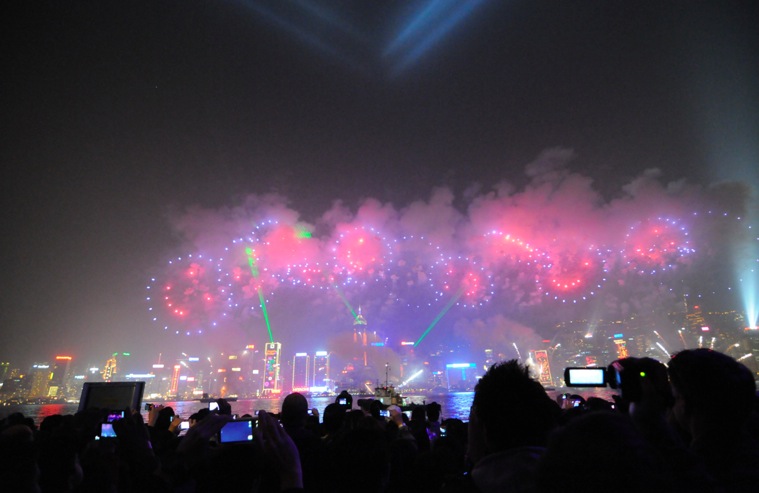 – Bunnies, to mark the year of the rabbit 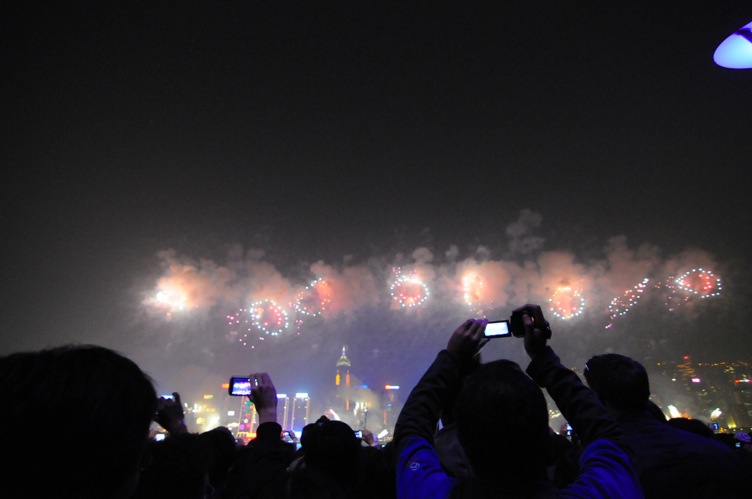 And some more exciting fireworks: 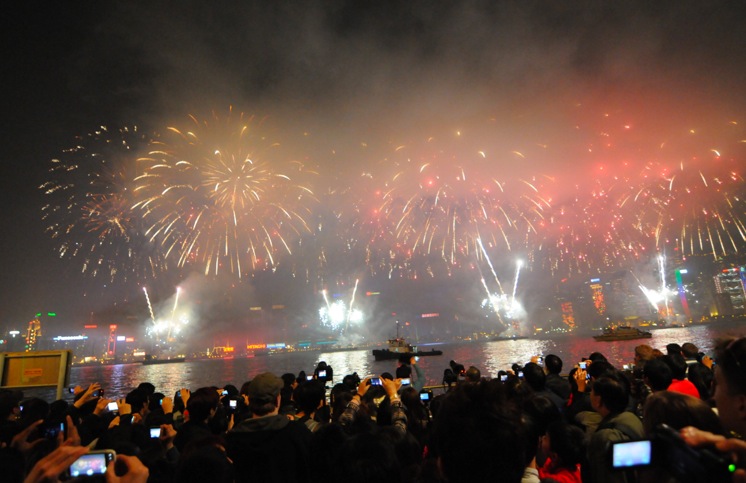 It was a massive fireworks display. Full of innovative and creative fireworks (I even saw a 2011 on the sky, but it was gone too quickly before I managed to take a picture) and very colorful. One could see all colours, but the ones dominating the fireworks were red and gold, the colours that symbolise good luck to Chinese people.

Once the fireworks were over, a big gray cloud continued to hang over the harbour: 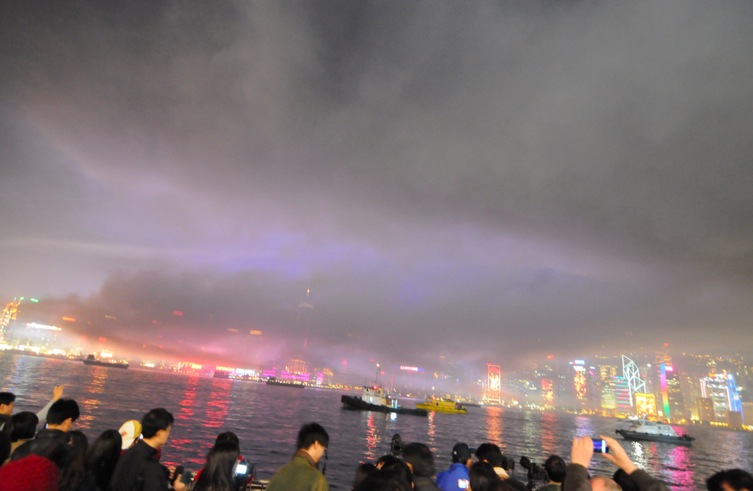