Wilson Trail Stage 5 goes over the Sha Tin Pass through the Lion Rock Country park until it reaches the Kowloon Reservoir. The walk is easy, there are just a couple of steps at the beginning and it takes about 2,5 hours to walk the distance of 7,4km.

We started at the Wong Tai Sin MTR. We left exit A and took the green minibus 18 to the final stop. We walked up to the yellow-roofed monastery and then followed the minor road all the way up to Sha Tin Pass. This was the most tiring part of the whole tour, as the road leading upwards was quite steep and we sweated a lot! 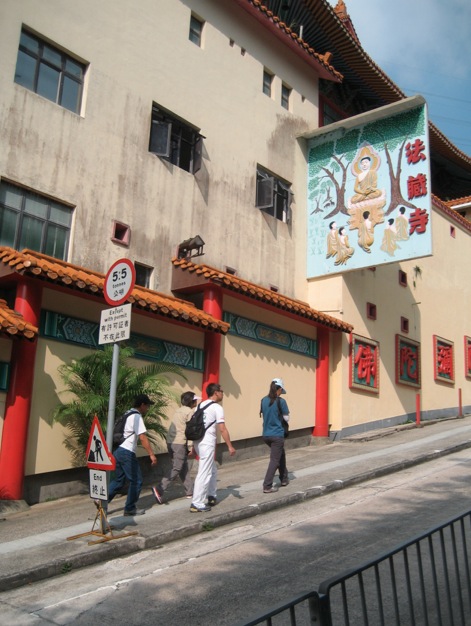 Up there was a café and a restroom, and the trail split into the MacLehose Trail and the Wilson Trail. 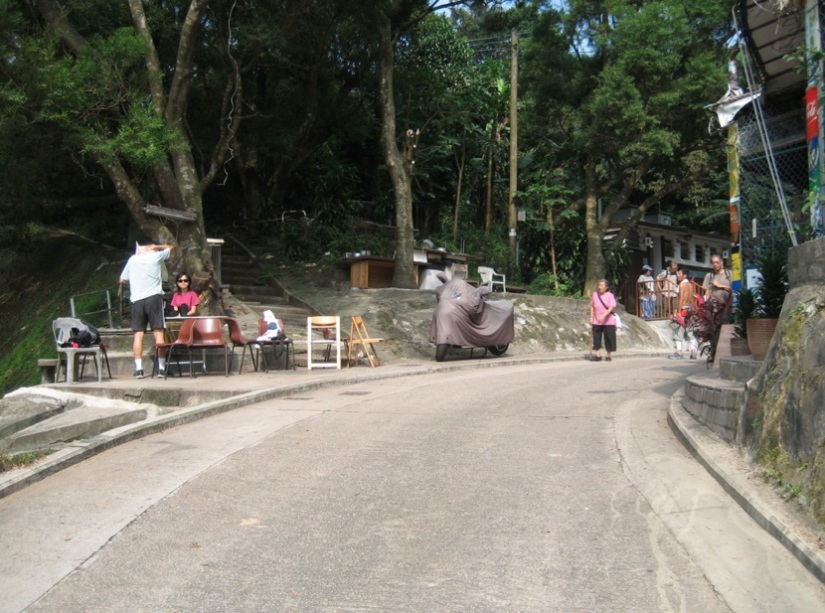 We checked the map and followed the Wilson Trail to the left. 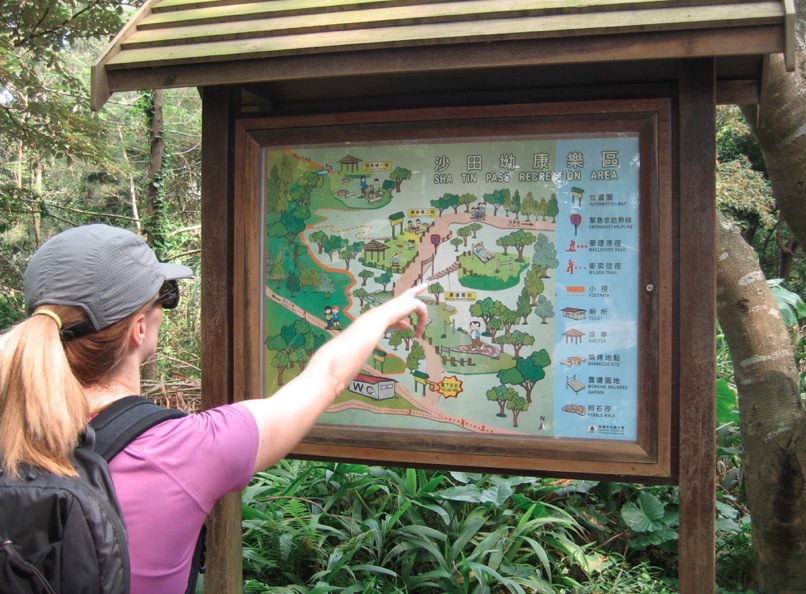 We walked a little uphill first, then level and then down again through the Lion Rock Country Park.

The earthen path was easy walking, and after the first 30 minutes, we were rewarded with the first view over Sha Tin.

After a short walk downwards (passing a little pavilion where elderly people practiced sports) we reached the water catchment. We followed it for five kilometres until Ti Po Road. It is a quiet environment, except for the monkeys who live in the trees next to us. When we saw the first monkey, we were really excited and took pictures of him.

But after a while, we noticed monkeys everywhere (we must have seen over 30 monkeys throughout our hike) and we stopped taking pictures of every monkey.

However, when we came across the little family of four, with the baby riding on the mother’s back, we had to take more pictures!

There are signs saying that you are not allowed to feed the monkeys (otherwise they would become too reliant on people, don’t look for their own food and also attack people if they want more food) and also rangers patrolling the park in unmarked cars. They can fine you if you do feed the monkeys, and you will need to go to court for this offense.

Anyway. After 2,5 hours we finished the trail. It was a nice walk, not really a hike, and except for the monkeys, a little bit boring. Let’s see what the next parts of the trail will bring!