Lamma Island is the third largest island in Hong Kong and it is named after the shape of the island (resembling the letter Y) and the simple fact that the island is located in the South of Hong Kong (Naam means “south” but is often pronounced with an L like Laam). It is a very popular tourist destination on weekends and holidays and we joined the hundreds of people on the ferry from Central to the northern village of Lamma Island, called Yung Shue Wan (Banyan Tree Bay).

Apart from a large power station built in 1972 on the western side of the island which supplies energy to Hong Kong Island and a recent solitary wind turbine the island is virtually unspoiled and something of a contrast to its outlying island neighbours Cheung Chau and Peng Chau. It has a population of around 6,000 of which the vast majority live in the two main villages, Yung Shue Wan and Sok Kwu Wan. Buildings higher than three floors are prohibited and there are no automobiles except for diminutive fire trucks and ambulances. 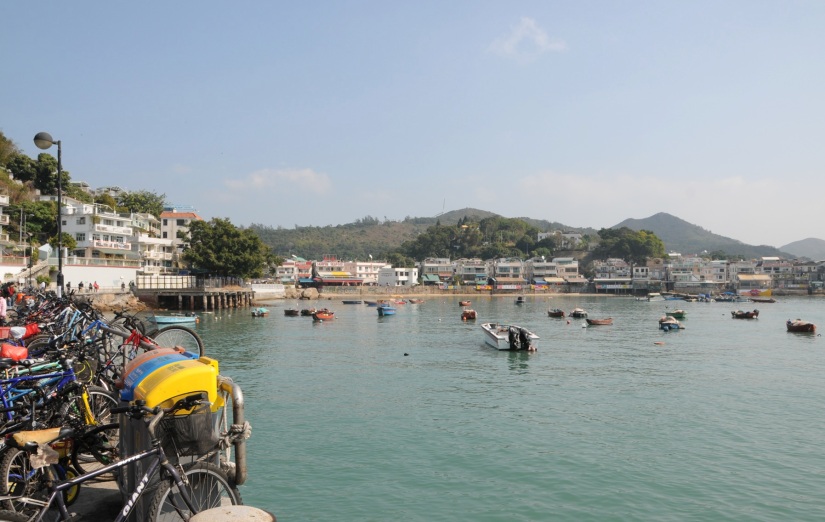 Yung Shue Wan (Banyan Bay) is the most populated area on Lamma Island. Several decades ago, it was the centre of the plastics industry. The factories have now been replaced by seafood restaurants, pubs, grocery stores and shops which sell oriental and Indian-style handicraft. Like everyone else who was visiting Lamma on this sunny day, we walked the trail from Yung Shue Wan to Sok Kwu Wan (the village on the southern side of the island). 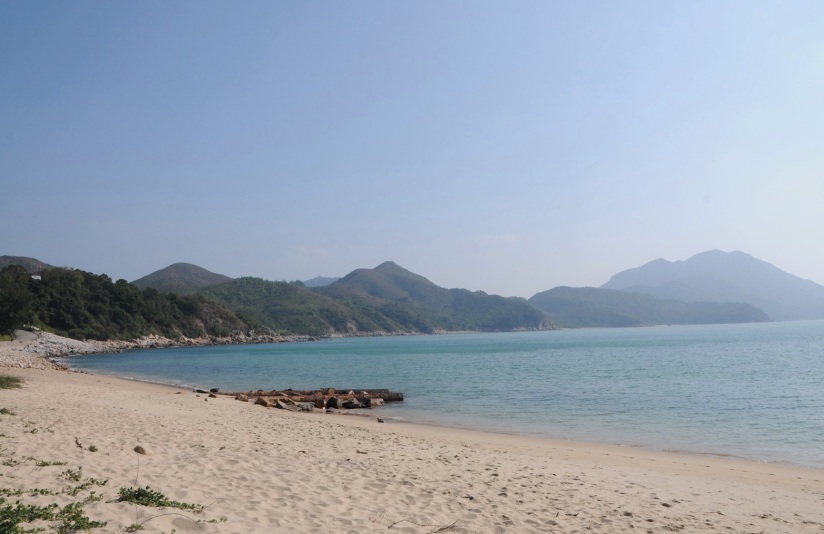 The 3km family trail between Yung Shue Wan and Sok Kwu Wan, surrounded by grassland, offers a picturesque walk. From there, one can see the coastline of the island. It takes roughly an hour to walk through the trail.

We started at Yung Shue Wan, walking around the harbour side and through the narrow and congested main street lined with seafood restaurants and small shops. By a prominent “Shell Gas” sign we turned left, past more shops and residential dwellings.

We made a small detour to visit the wind power station – mainly because of the view over to Aberdeen.

The path begins a gentle ascent before descending past Lamma Police Post to Hung Shing Ye Beach. This is a popular sandy beach partially sheltered by trees and a favourite haunt of windsurfers but sadly spoiled by being in the shadow of the power station.

From this point the trail becomes much more tranquil and climbs quite steeply to a pavilion and viewpoint with panoramic views of the coastline, grassland, rock strewn hills and Mount Stenhouse ahead. The trail continues along a ridge and soon after passing the intersection with a path up to the Lamma Youth Camp, Sok Kwu Wan Bay and its numerous fish farms, Sok Kwu Wan village and the south side of Hong Kong Island come into view across the East Lamma Channel.

Below the trail is a disused cement works, a minor blemish on an otherwise quite idyllic scene. The main trail descends to Lo So Shing village with its tiny houses and passed a pavilion before passing an abandoned school and following the bay alongside a sandy beach. Beyond Lo So Shing the trail passes Kamikaze Cave where during World War II the occupying Japanese troops are reputed to have hidden speedboats with which to make a suicidal escape when the Allied forces reoccupied Hong Kong. 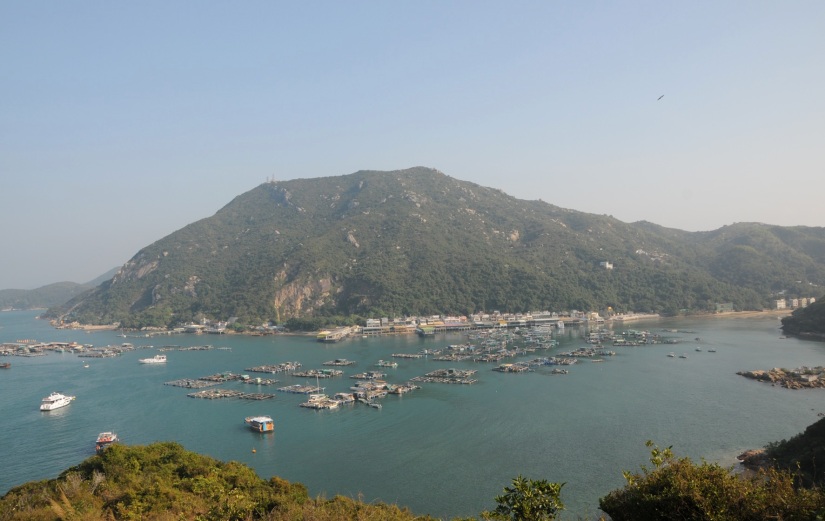 The trail follows a narrow causeway across mudflats and a small inlet before reaching the Tin Hau Temple at the entrance to Sok Kwu Wan.

The temple was built in 1826 but following a fire in 2004 has been splendidly refurbished. This is one of three Tin Hau Temples on Lamma, the others being at Luk Chau Shan and Yung Shue Wan. 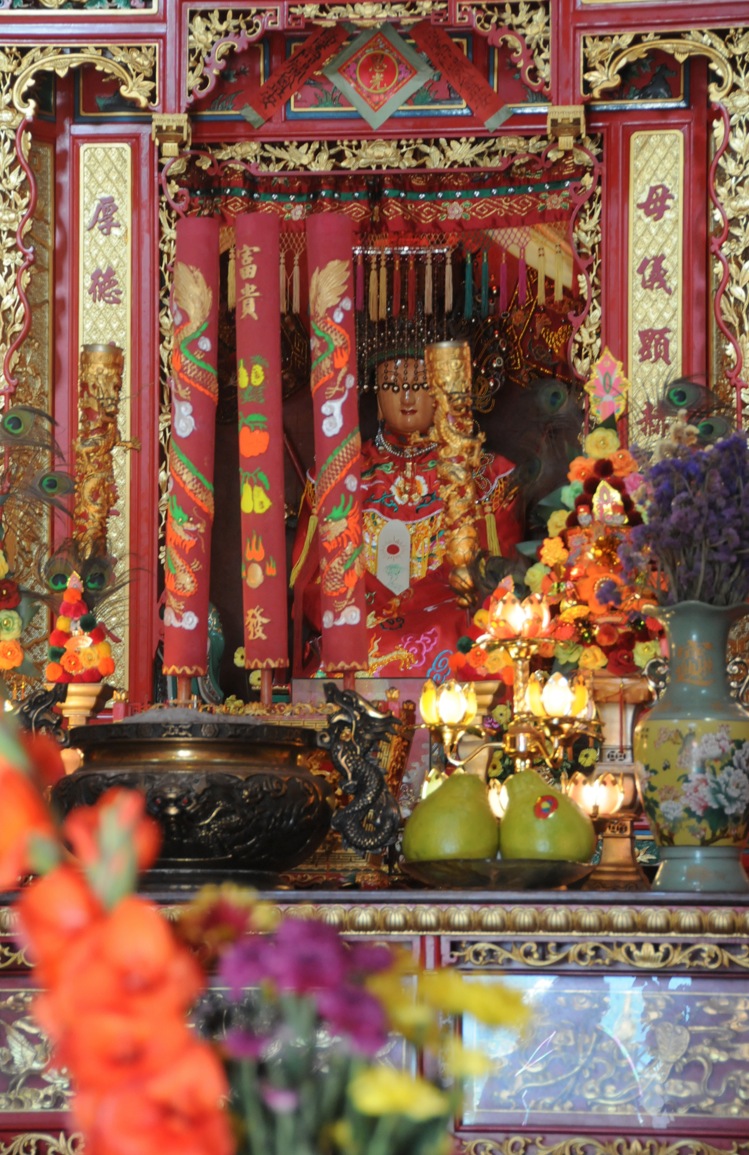 Sok Kwu Wan’s main street is lined with canopy covered waterside seafood restaurants. Just beyond the restaurants is the pier for ferries to Central and Aberdeen.