After visiting the Yuen Yuen Institute and the Western Monastery we took another cab to a third and final temple in Tsuen Wan. The cab driver did not know the temple Chuk Lam Sim Yuen, but he phoned his colleagues for help – and in the end we made it, just a 7 mins drive to the other side of Tsuen Wan. The taxi driver was as impressed as we were! 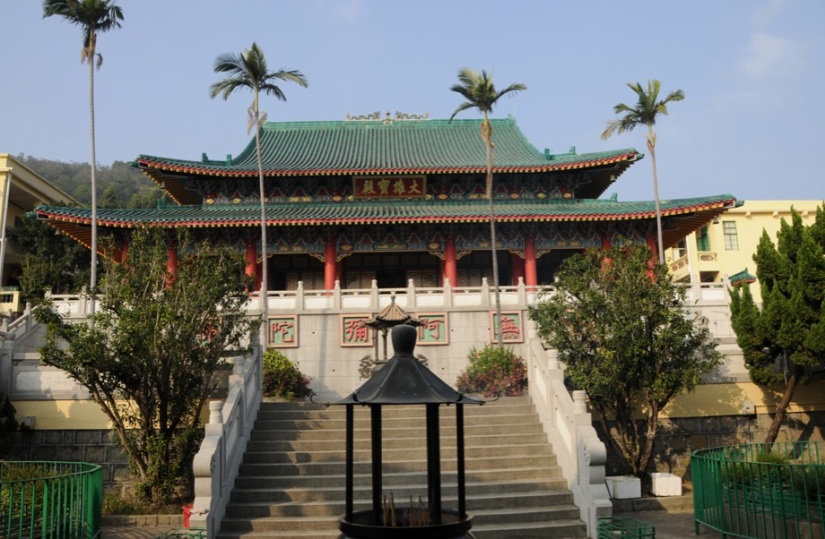 Chuk Lam Sim Yuen is known as the Bamboo Forest Monastery in English, and it is another of these hidden gems in Hong Kong. It is quiet (there were only a few worshipers), in a picturesque setting (although the Bamboo Forest is gone) and on clear days, with a good view over Tsuen Wan.

The temple was founded in 1927 and completed in 1932 when (legend has it) Tou Tei, the earth god, told an elderly monk to build it. 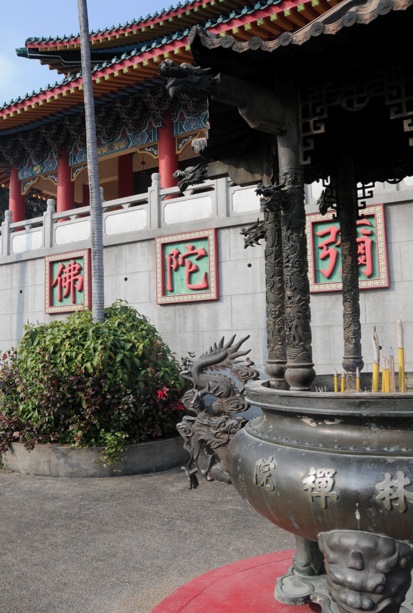 We climbed the first flight of steps to the first temple.

There was a nice courtyard, simple with an urn for the incense sticks and some plants surrounding it. 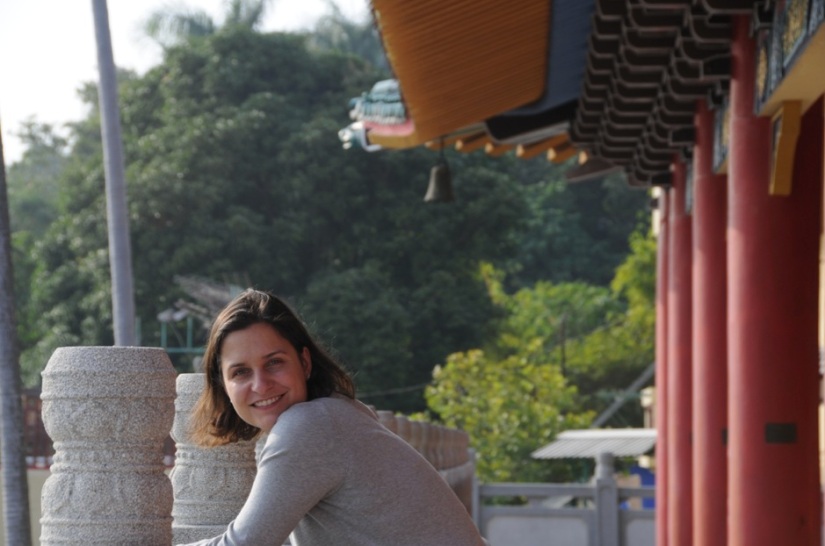 Up the steps and we entered another building. We walked to the back and enter the second. This second temple contains three of the largest golden Buddhas in the territory (though mere shadows of the big one on Lantau Island). Flanking the trio on either side is an equally impressive line-up of 12 bodhisattvas, or Buddhists seeking enlightenment.