At the end of Lantau Trail Stage 5 and beginning of Stage 6 is a real gem – something that I would not have expected in the wilderness. It is an old Chinese-style landscaped garden. It was developed by Mr Woo Quen-sung in 1962 and it took him five years to complete the garden.

Ng Yuen was initially a private retreat and was later opened to the public. It has become a favoured tourist attraction for several decades. 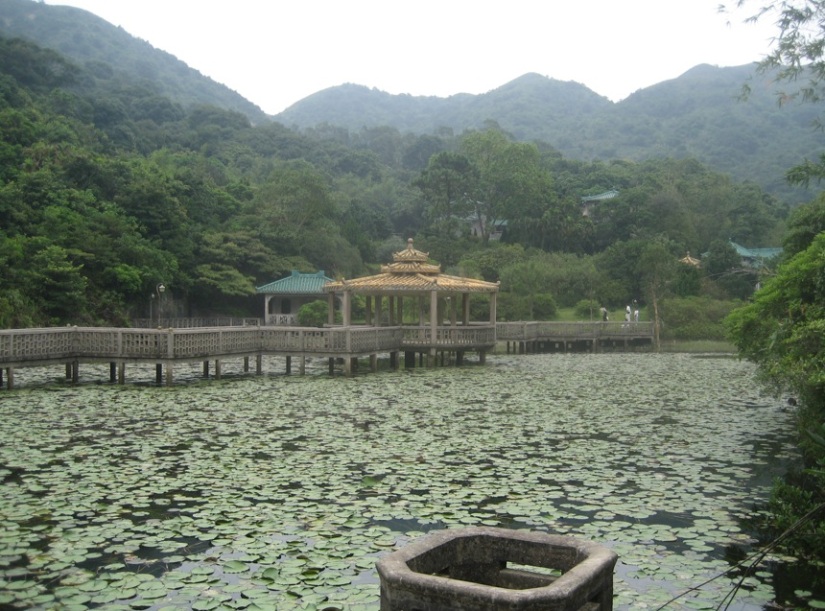 Since Mr Woo passed away, the garden has been in disrepair. It seems that there is no government funding and in fact there are arguments about land ownership with the family and the government, which complicate matters further.

Either way, it is such a shame. Such a wonderful garden, even after many years of neglect. I’ve found a few blog posts (here and here) that show the inside of the garden. It seems that a few times (apparently the last time in 2010) the garden was open to the public on special days.

The only way to reach this garden is to walk all the way from stage 5 on the Lantau Trail or backwards from Tai O, climbing the steep incline from stage 6.