I’ve only been to Peng Chau once before, and Patrick has never been. can you believe this, Peng Chau is our neighbouring island? It’s probably the closest place to Discovery Bay. The ferry leaves from Nim Shue Wan bay behind our house and it only takes 15 minutes to get to Peng Chau – so there’s no excuse not to go there more frequently. 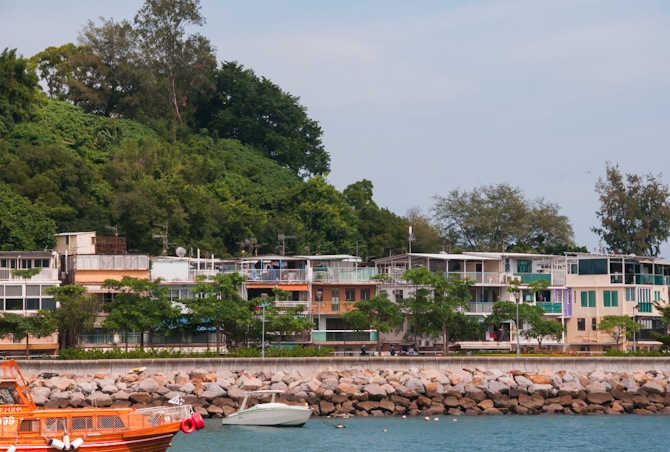 Especially as there’s quite a lot to see and do. It was funny, before we left, Patrick asked me if we should take some water with us – but I told him we don’t need to, Peng Chau is very developed! Once we arrived, Patrick noticed the HSBC bank sign, the Wellcome Supermarket, the wet market and all the little shops and restaurants – he had to smile. Of course, this is Hong Kong and there’s almost no such thing as a remote island. At least, not one that is home to 3,500 people! Still, there are some remote areas on Peng Chau and we decided to stroll around this little island. We walked towards the south and followed the foot path, which took us alongside numerous houses.

The houses became fewer and fewer until the path opened up onto a small bay, which looks over to the other islands and from there you can see the Macau ferries in the background, as well as the big ships and vessels on the way from/to the harbour. The picture is taken towards the East, so the houses you can see are probably Aberdeen on Hong Kong island. The small bay looks nice, but unfortunately the big ships crossing the harbour often leave some dirt behind – so I would not recommend actually going into the water (at least not at his location – southside of the island at Stanley or Big Wave Bay or eastside at Sai Kung is better). 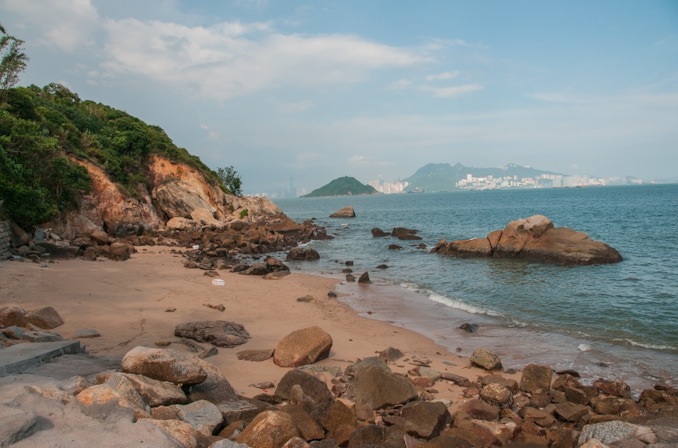 We kept walking, going past some small houses and fields (what a lush green colour!) and we met some local people, who were enjoying their Sunday afternoon. They greeted us – and being very professional business men, they asked us if we would like to buy a coke or some water from them! They clearly know that tourists explore their island on the weekend!

We kept walking. The path slopped upwards, as there’s a small hill on the island. 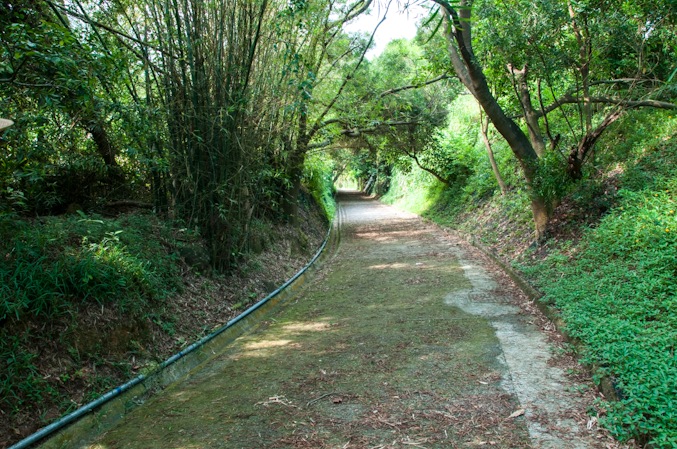 But before we got there, we just turned right and walked towards a small pavillon that overlooked the harbour. It was nice to sit there and to look out over the harbour.

From there we could see the Discovery Bay ferries crossing the harbour and travelling from and back to Central. They were so quick, compared to the slower New Ferries going to Mui Wo, Cheng Chau or Peng Chau! Then the path took us uphill and we had to climb the steps to get to the top of the finger hill. It’s just a small hill, but the highest one on the island. From there we had a nice view over to Disneyland and Discovery Bay – just unfortunately all the trees were rather tall and I had to climb onto a small wall to actually enjoy the view and take this picture! 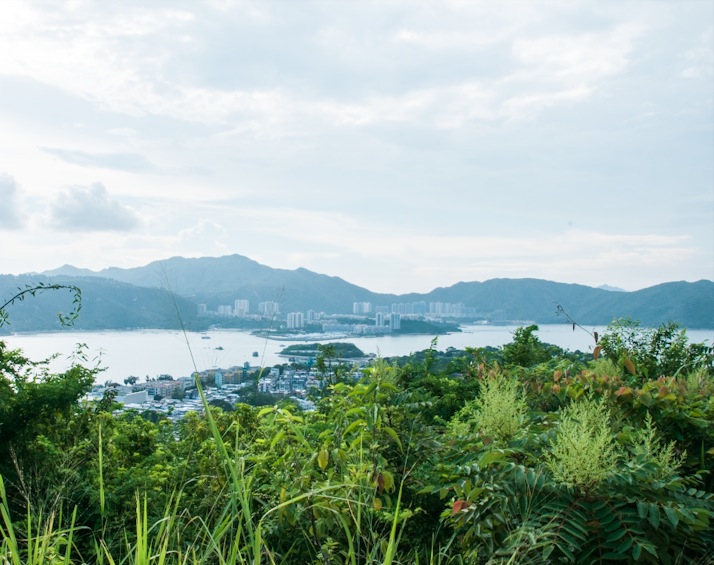 We made our way back down and walked back to the main street, to stock up on more drinks (it was a very hot and sunny day). We walked through the main street and came past a small temple in a side street. There were a few kids playing and I took a picture of this small child, does she not look cute?

This picture is of Patrick in his holiday outfit – wearing the Hawaii shirt and hat we got him in April, does he not look great?! Love the colours in this picture.

The final picture is also a great colour combination. A green door, a pink bike and a tubby cat. Perfect, isn’t it? 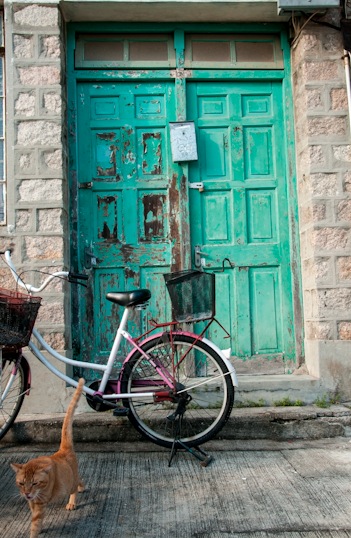 5 thoughts on “Sunday in Peng Chau”