Together with my friend Monica, we decided to continue hiking the MacLehose Trail. It’s a fantastic trail, with amazing scenery and landscape. But the only challenge is that the stages 1-4 are so far away from where we live… it would almost be quicker to fly to Bangkok then to take the ferry, MTR, bus and minibus to reach the starting point of stage 2. All together it took me three hours from leaving my flat at 7.50am to 10.30am when we set out foot on the trail.

Stage 2 runs from Long Ke to Pak Tam Au and is 13.5km long. The average hiking time is estimated to be 5 hours. However, last time we hiked the first stage (which was in February this year, I can’t believe how lazy we’ve been), we already started part of the second stage. That’s because we had to find an exit point and the best exit point is at the Sai Wan pavilion. Therefore, the first set of pictures of stage 2 were taken earlier this year in February – when the weather was so much nicer than yesterday!

We were unlucky with the weather yesterday. It started off cloudy but dry, but throughout our hike the weather turned more and more miserable and not only did I manage to miss my step while crossing a small river and soaked my shoes, I also placed my backpack in a pile of cow poo (which looked like a rock… but luckily a stream of fresh water was close by so I could clean my backpack) and finally we had to walk 5km through heavy showers. We were soaked to our bones. But let’s start in chronological order.

We started yesterday by meeting at the MTR Diamond Hill Station, Exit C2 (thanks for the birthday macaroons Monica, what a nice surprise!) and we took bus 92 to Sai Kung bus terminus. As we could not find minibus NR29 outside of the McDonald’s we just took a taxi for 85HKD to Sai Wan Pavilion. 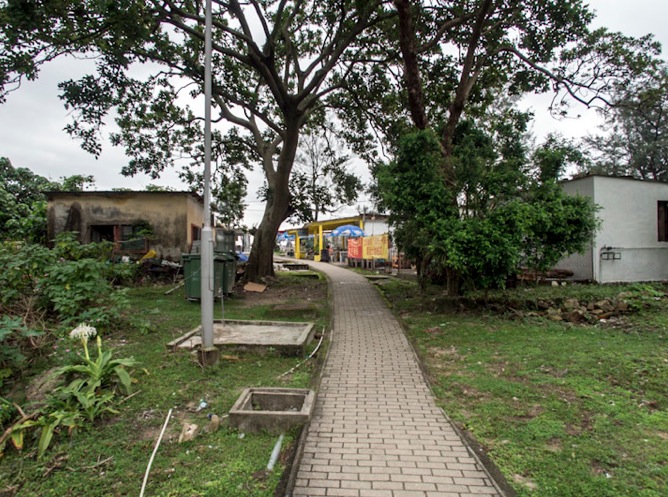 We followed the path to the small village of Sai Wan, with its small houses, few cafes and shops selling drinks and beach gear, and then climbed up a small hill to reach Ham Tin with its beautiful beaches.

At this point of the hike we saw a few other fellow hikers, mostly guys, who were listening to romantic music on their radios or music players and were all in amazing shape. They were really fit, while I struggled the hills up and down – it’s clearly time to do more hikes now! 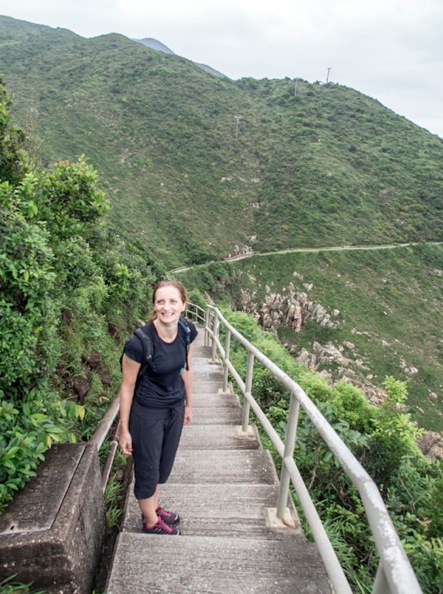 We walked along the Ham Tin beaches. As you can tell, the weather was already changing and big clouds were building up. It was not raining… yet. But the rain was soon to come. We had already wrapped our mobile phones in plastic bags and stored everything away that was not water proof. 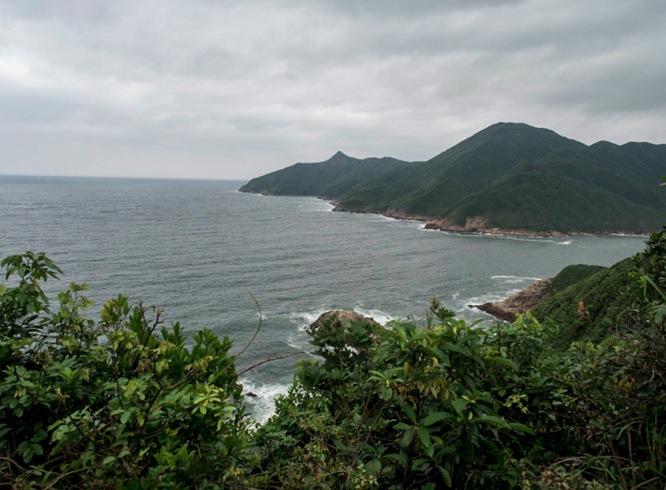 From there the trail turns inland over the coastal hills and goes through dense vegetation – which is great because it protected us from some of the rain, but unfortunately not enough. We got soaking wet from head to shoes. My shoes were wet first, as I missed a stone during a small river crossing, but after a while the rain was so strong that Monica’s shoes were wet too.

There must have been some nice beaches and shallow sea inlets – but the rain was now so strong that we could not see anything – we kept our eyes to the path and kept moving. We finished at Pak Tam Au at 2pm and took the first cab back to the MTR. We had enough for the day! Unfortunately, we’ll still have got stage 3 in front of us, for which we’ll need to travel to Sai Kung again. After that it should be easier to reach the starting points!

Anyway, here’s the map for the Tai Long Wan Hike: