Opposite the Red Brick Building is the old Yau Ma Tei Fruit Market – which turned 100 years this year. It consists of stone buildings one or two-storeys tall and runs along Waterloo Road between Ferry Street and Reclamation Street.

Founded in 1913, it’s the oldest fruit market in the city, which was also once a haven for poultry and vegetables before the government decided to move those industries to a nearby spot in 1965. Today, it remains at the centre of the industry, providing around 70 percent of Hong Kong’s fruit supply.

I arrived late in the afternoon, so most of the shops had already closed. The market looked dilapidated, most shops were closed and only a few workers and traders were active. 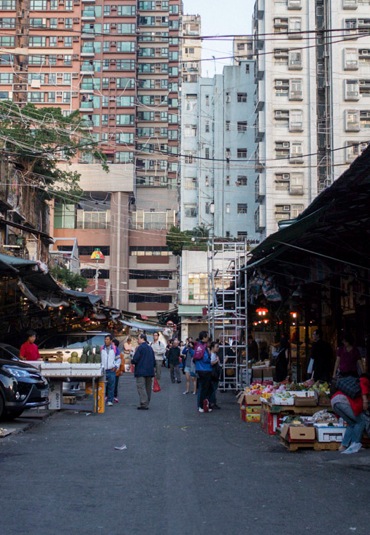 In the past, this place has always been a symbol of violence and crime. There are stories of Triads and other gangsters who frequented the market, drug traffickers concealing drugs in fruit – but nowadays it is very safe to walk around the market (at least in broad daylight, at night time you will have to be careful because of the hectic business of the fruit trade). 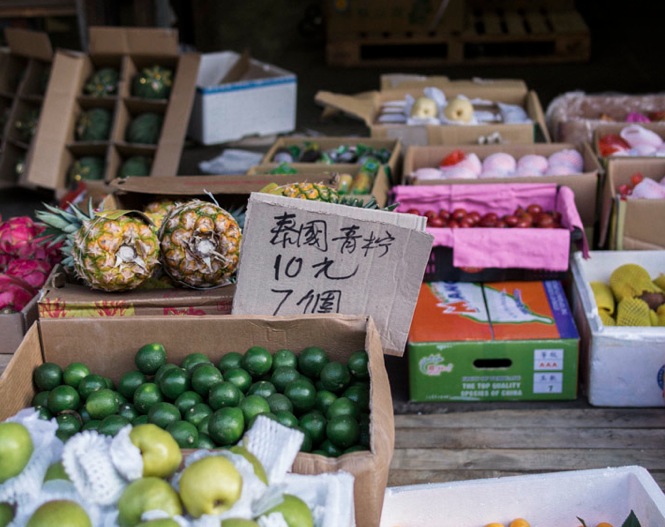 Reading online, I found out that a typical day in the market starts at around 7pm, when trucks drive in to unload fruit boxes. The process of offloading and moving usually lasts until 11pm. Store owners and their assistants come to work at midnight. The busiest time in the market is from 4am to 6am, after that many owners go to yum cha, then return to their stalls and hang around until 9am when the banks open, so they can put the freshly-earned money into their accounts.

Since the 60s, there have been talks about the relocation of the market. But, up to now, this topic remains controversial because of the long history of the buildings and the businesses. We’ll see what the future will bring.