On one of my recent hikes I had heard about a treasure hunt in Hong Kong. I was intrigued by it, I love puzzles and challenges and if I could combine this with a way to sightsee in Hong Kong and learn something new, I would be totally happy to take part.

So I did some research and found the HK Treasure Hunting Group on MeetUp as well as the HK Hunter Facebook page. I saw that a treasure hunt was coming up in a few days’ time and it was planned from Tsung Kwan O to Sai Kung. I have not been much to the area and was free on that day, so I signed up for it.

When I arrived at 2pm at the meeting point, I was already greeted by the organiser Stanley and his assistant – he told me which group to join and handed out the instructions. I joined six other team members, some locals and some from overseas, and we had four hours to solve as many clues as possible and head to the finish point.

The clues were not in the right order and asked for many different things – for some we had to find a specific location and take a picture there, for others we had to make sure that we get to a set spot on a certain time and some puzzles included an actual activity, like making a small purchase or playing a game.

To complete each task, we had to take a picture of the team and post it to a special group created on WhatsApp. For some tasks only the first or first two successful groups would earn points, so time was of essence.

After planning our route, we started of looking for specific locations – and it was so much fun. 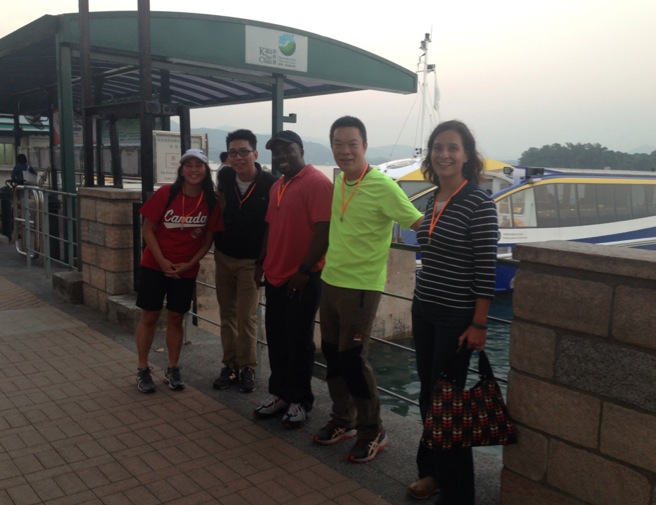 Luckily we had people in our team that knew their way around Tsung Kwan O, but for some of the other locations we asked people living in the area, security guards and bus drivers to point us in the right direction. As one of Stanley’s instructions rightly had said: you need to communicate! That’s what we did.

So we kept chasing clues and bumping into other rival teams (you could easily recognise teams by their coloured lanyards which we had to wear for the pictures, so we could identify teams) and it was a great fun exercise.

Lots of walking (and some running) was involved, but we made sure to talk with each other and get to know the other team members. 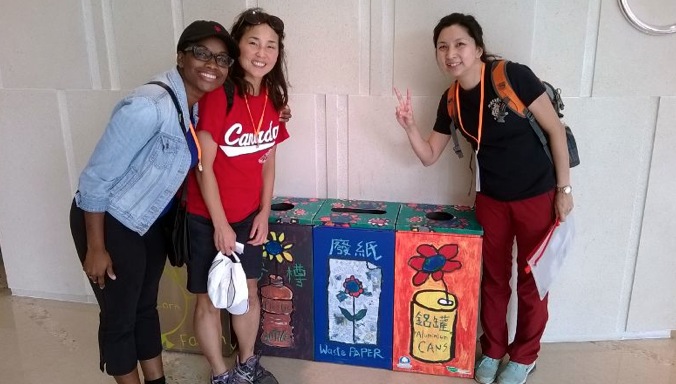 Stanley cleverly organised the hunt in such a way that we all met up again at 4pm and he could check how we were doing – if everyone was ok and happy so far.

And happy we were, it really was such a great way to explore some unknown parts of the city – we uncovered a small, but beautiful park close to the MTR, found a tiny wet market close to a shopping mall and explored the Hong Kong University of Science and Technology and learnt a little bit about history and tradition by looking for the dragon boat statue in Sai Kung. 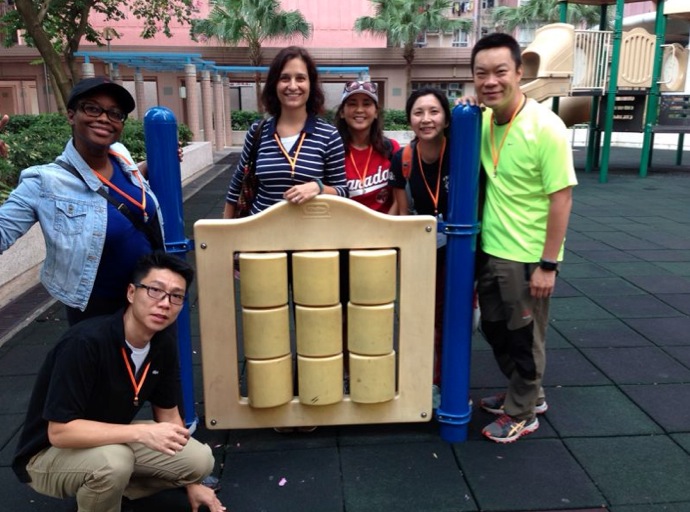 We all finished the hunt by 6pm (if you do not make it on time, you will be disqualified) and then Stanley awarded the winning team a couple of fun prizes – which was a nice surprise, I did not expect that.

It was such a fun exercise and properly prepared, with lanyards, professional clue cards, regular status updates on WhatsApp – Stanely did an amazing job. He offers different routes throughout Hong Kong, so if you have some spare time and like this kind of exploration, then you should sign up for one of his next hunts.