Our final museum that we visited was the Peranakan Museum – this was only opened in 2008 and showcases the fascinating culture of the Peranakan people. First, I had to read up what Peranakans are.

The Peranakan community has its origins in the interracial marriages that took place between immigrant Chinese men and Malay women from Malacca, Penang and Trengganu, Singapore and Indonesia. So most of them will be of Chinese ancestry, which could be Hokkien, Cantonese or Teochew descent. 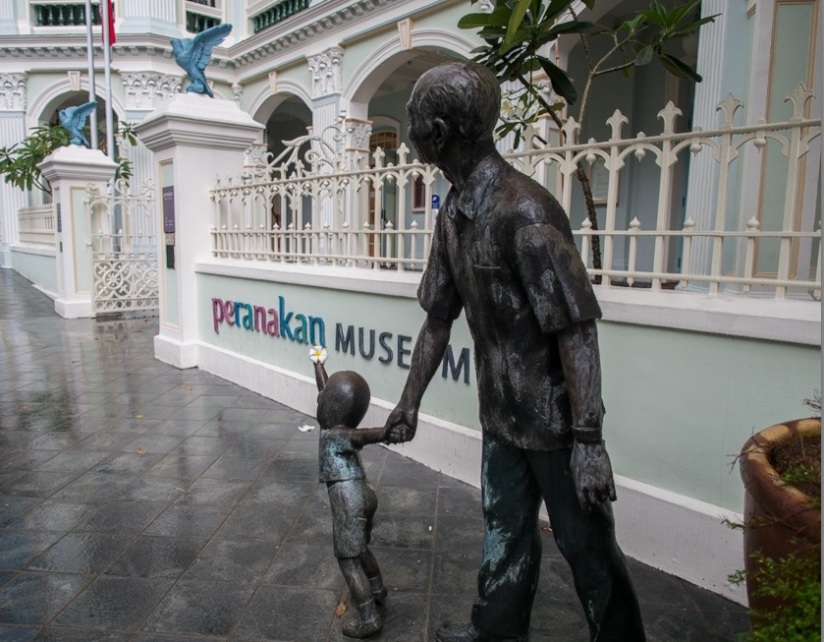 They have their own language, Baba Malay, which is a creole dialect of the Malay language, which contains many Hokkien words. But there is also a Hokkien dialect spoken by Penang Peranakans and Kelantanese Malay dialect – but of course, nowadays English is the main language.

They also have a very different culture – with very colourful clothes. But what fascinated me the most (and after reading Cath’s post about it) are the Peranakan beaded slippers called Kasot Manek. In the past, both men and women would have worn them – but nowadays the slippers are only for women.

They were a hand-made with much skill and patience: strung, beaded and sewn onto canvas with tiny faceted glass beads. Nyonyas, Peranakan women, would spent hours working on the intricacy of a pair of beaded slippers, either in a cheery colourful design for Chinese New Year celebrations or more sombre for a funeral. Traditional kasot manek design often have European floral subjects, with colours influenced by Peranakan porcelain and batik sarongs. But they can also combine Chinese with European elements. 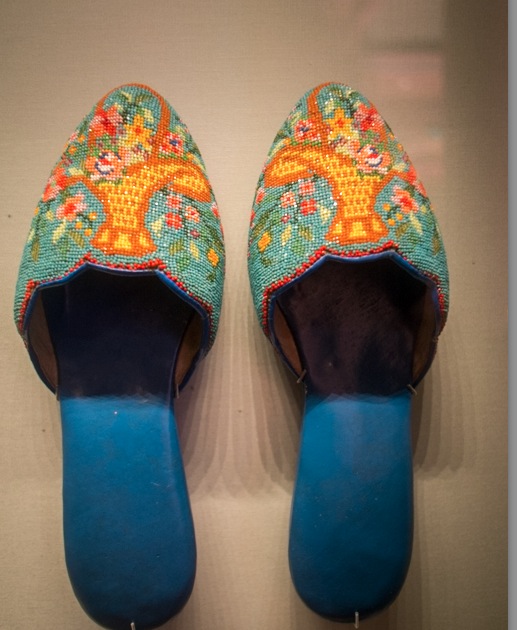 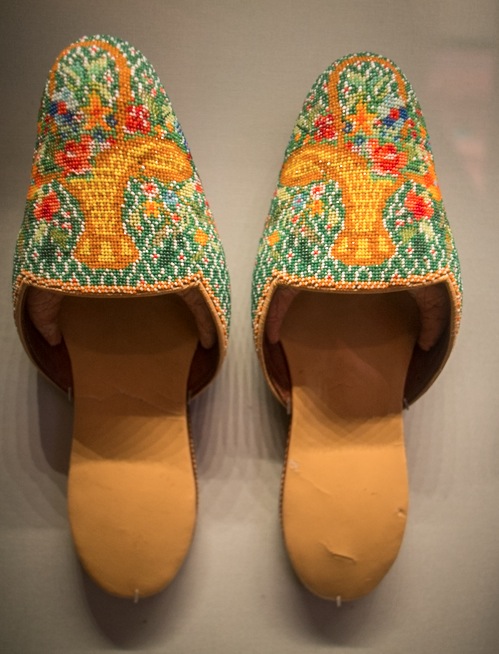 The pattern is sown on a laced-up wooden frame, starting from the centre of the pattern, moving to the right then left. 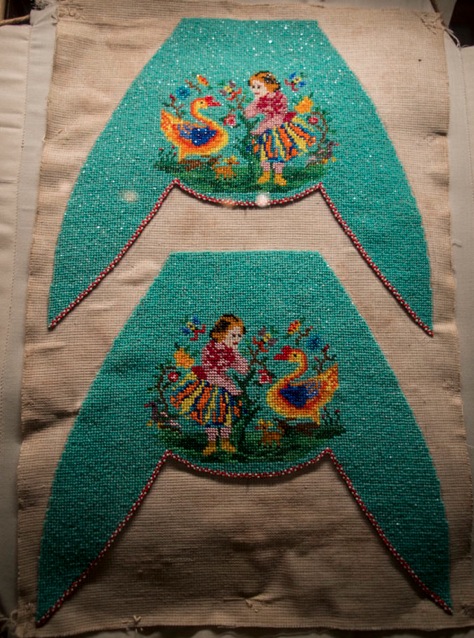 Of course, this intricate design and hand-sewing is not just reserved for slippers – the Nyonyas also made purses and small bags, often in very elaborate designs.

I was so mesmerised by the beaded slippers that I almost forgot to check out the Biennale exhibits – luckily the ‘I Have Seen A Sweeter Sky’ installation can’t be missed as it is right in the centre of the entrance hall. It combines found furniture in a new composition and includes the use of neon light. Nameless objects fill this space with light and history (although the furniture can’t talk about the past).

3 thoughts on “Singapore: Biennale 2013 at the Peranakan Museum”