I really enjoy exploring Hong Kong – not just the landscape and its country parks, but also the backstreets, alleyways and parts that are off the beaten track. One way to find out more about the history of the city, explore new areas and meet great people is to join one of the treasure hunts that Stanley from the HK Hunter organises.

You can find out more about the hunts (there’s usually one per month) via the HK Treasure Hunting Group on MeetUp as well as the HK Hunter Facebook page. I’ve been on the Tsung Kwan O to Sai Kung as well as the Fortress Hill to Kowloon park treasure hunters – and just recently I joined the Central to Aberdeen hunt. 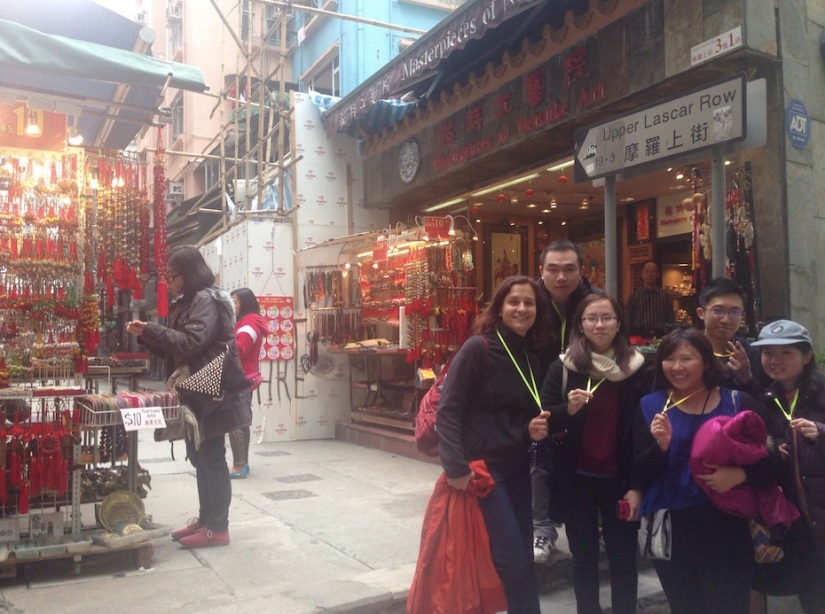 When I arrived at 2pm at the meeting point, I was already greeted by the organiser Stanley and his assistant – he told me which group to join and handed out the instructions. I joined six other team members, some locals and some from overseas, and we had four hours to solve as many clues as possible and head to the finish point in Aberdeen.

The clues were not in the right order and asked for many different things – for some we had to find a specific location and take a picture there (e.g. the Western Market), for others we had to complete a little task (e.g. purchase apples and stack them up). We also had to ask people to help us out, by joining in – for instance we had to take a picture with Macau ferry travellers and their tickets. 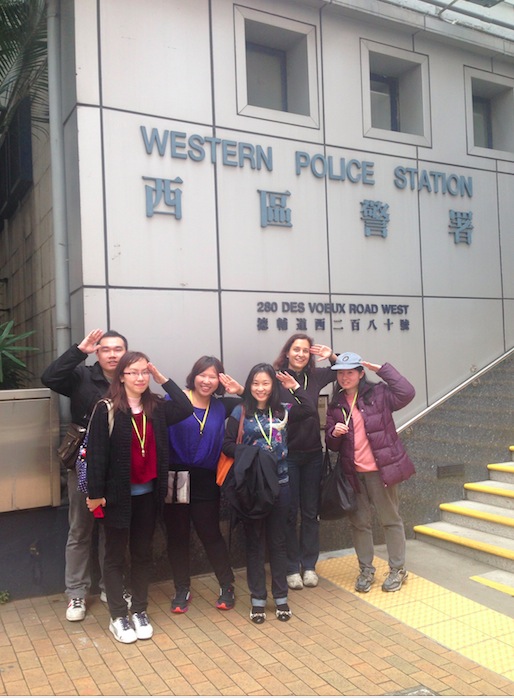 To complete each task, we had to take a picture of the team and post it to a special group created on WhatsApp – that way everyone could see what the other group was up to. For most tasks it didn’t matter when we did them, but there were a few (and a bonus one) for which we had to be the fastest. 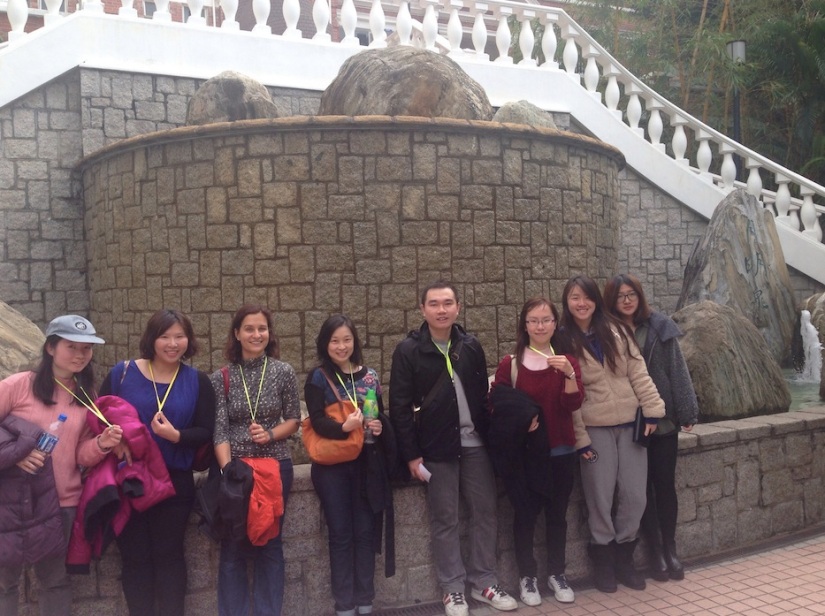 We walked from Central to Sheung Wan, visited the Hong Kong University … 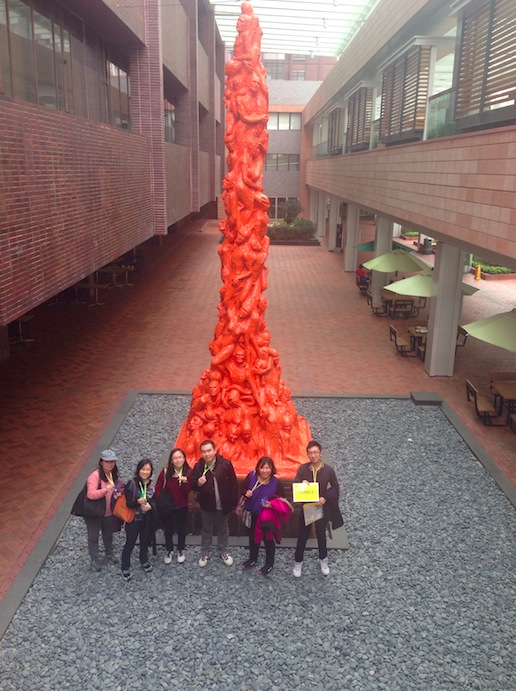 … and took a bus to Pok Fu Lam. We visited the riding school, the Wah Fu Estate and then arrived in Aberdeen. 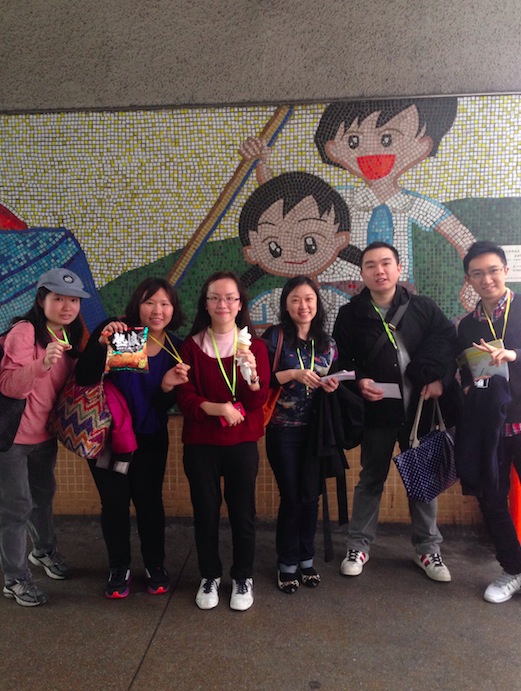 From there we took one of the small Kai To ferries to the other side, as we were meeting in Ap Lei Chau. 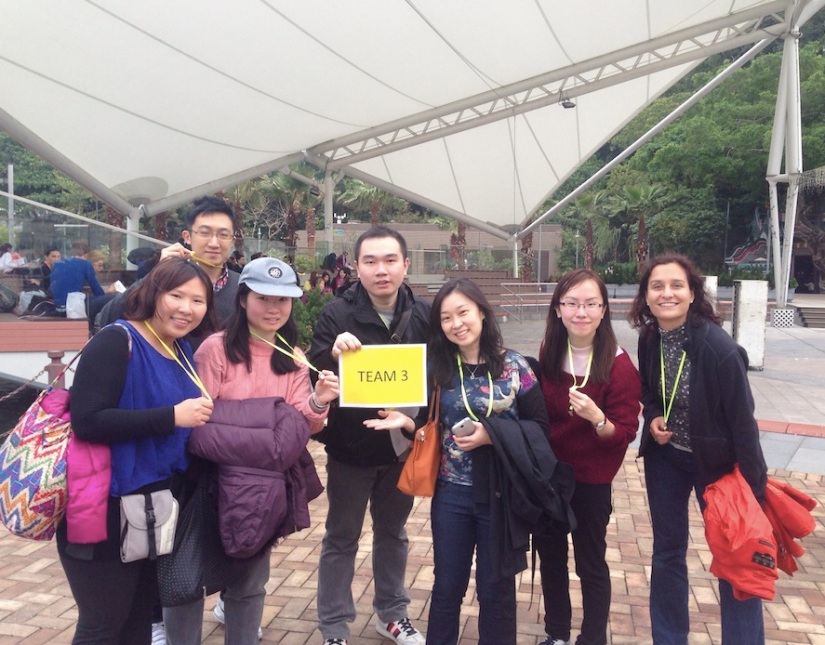 We all finished the hunt by 6pm (if you do not make it on time, you will be disqualified) and then Stanley awarded the winning team a couple of fun prizes – which was a nice surprise. We didn’t win but we had so much fun! Again, Stanley prepared a great hunt – it was well-organised, easy to finish (but not too easy) and I met some lovely people. I can’t wait to sign up for the next one!

5 thoughts on “Treasure Hunt from Central to Aberdeen”