The other morning I met up with lovely H-J and baby Olive from WaterfallsAndCaribous – and we had dim sum at Jade Garden in Causeway Bay. This restaurant is apparently one of the top ten (well, if you believe the Time Out magazine – but the ladies with the trolleys have disappeared since the article was written), and for sure it is popular.

When we got there at 10am most tables were already busy, but then we also noticed that people stayed there for a long time – reading the papers, drinking their tea and just chatting with each other. In the beginning it was quiet a nice atmosphere, but of course, the later it became, the more people came and the louder it got!

The restaurant is big and the menu is even bigger – but most of the dishes won’t be available at 10am yet. There are no roasts, no steamed rice dishes, no fancy rolls – just the good old basic dim sum. So that’s what we did, we ordered some of our favourites, which in my case, always include har gau, the shrimp dumplings.

All the dim sum arrived at the same time – and yes, they were tasty, but to be honest – they were also pretty standard. Most of the places in Causeway Bay and Wan Chai area deliver solid traditional dim sum, there’s not much to distinguish them from each other! The only ones that stood out and these are not on my pictures, are the meat dumplings with a quail egg on top, I’ve never had these before! 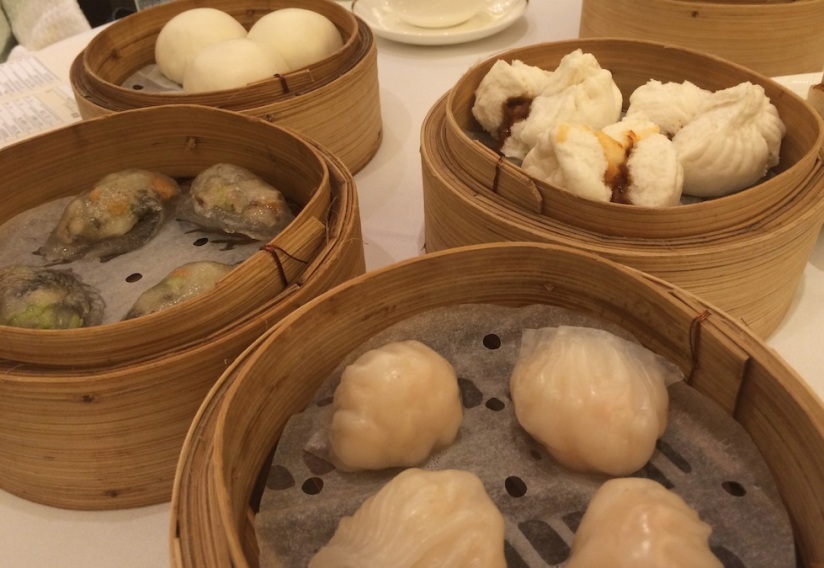 Will I go there again? Maybe. It’s a decent place for dim sum, close by to our flat and it is easy to get a table (at least if you go early). The dim sum is nice (but just nice, not too exciting) and the prices are reasonable. 200 HKD for 2 people and six dishes/tea/service charge was fair.