Our main reason to visit the Yoyogi Park was to visit the Meiji Jingu, Tokyo’s premier Shinto shrine, which was built in 1920. It is also called the Imperial Shrine and is a memorial to Emperor Meiji, who died in 1912, and his empress Shoken, who died in 1914. Their tombs are in Kyoto.

The shrine is split into two sections, the main one being the Inner Garden, beside Harajuku Station. The other one is the Outer garden, which includes the National Stadium. The whole shrine grounds have an area of about 175 acres. The approximately 100,000 trees that make up Meiji Jingu’s forest were planted during the shrine’s construction and were donated from regions across the entire country.

We only went to the Inner Garden. Before we entered from the ‘torii’ (gate) to the East of the main shrine we had to rinse our hands and mouths (without touching the dipper with our lips) by using water from the stone basin called ‘temizusha’. There is a ritual to follow: start by rinsing your left hand, followed by your right hand. Second, pour water into your left hand and use it to rinse your mouth. Third, rinse your left hand again, and then rinse the water dipper. The water dipper should never touch your lips. 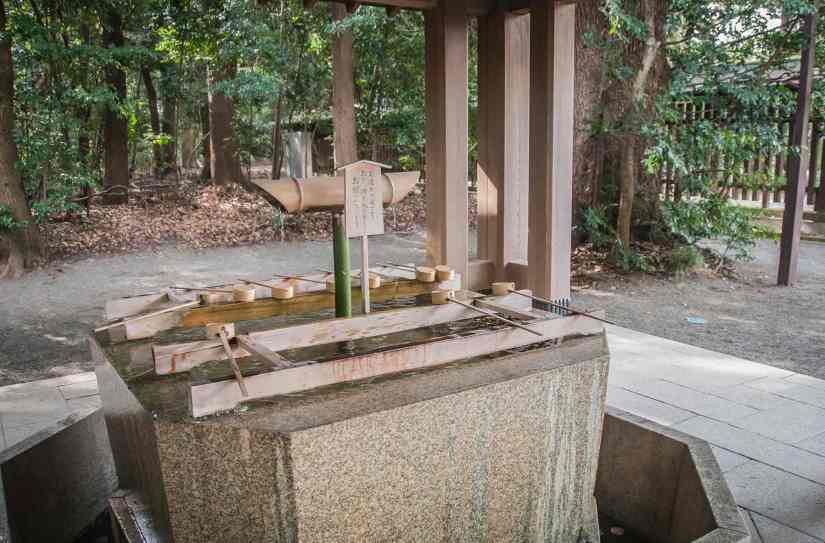 We then passed through the ‘torii’ and followed the custom to bow once when entering (when you exit, you bow again). 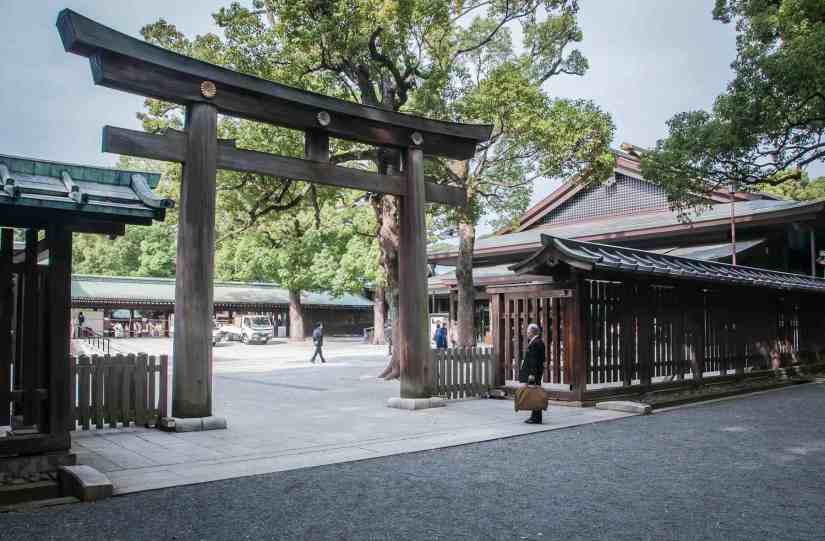 We passed the ‘kaguraden’, which is the hall of sacred music and dance and walked straight to the main shrine area. There we immediately noticed the wishing tree with the wooden tablets.

So called ’ema’ wish tablets are hung around a camphor tree.

Visitors can write their wishes on the wooden tablet for 500 yen a piece. 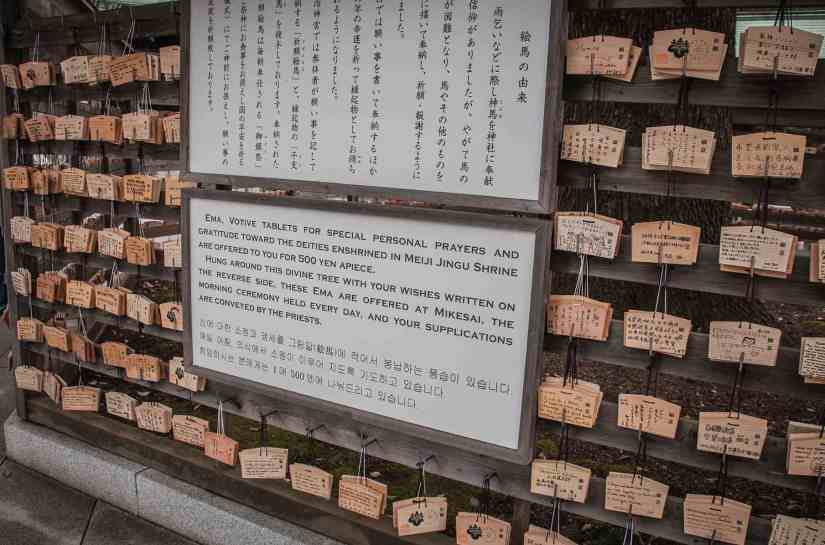 Priests bless the wish tablets at ‘mikesai’, the morning ceremony that is held every morning. 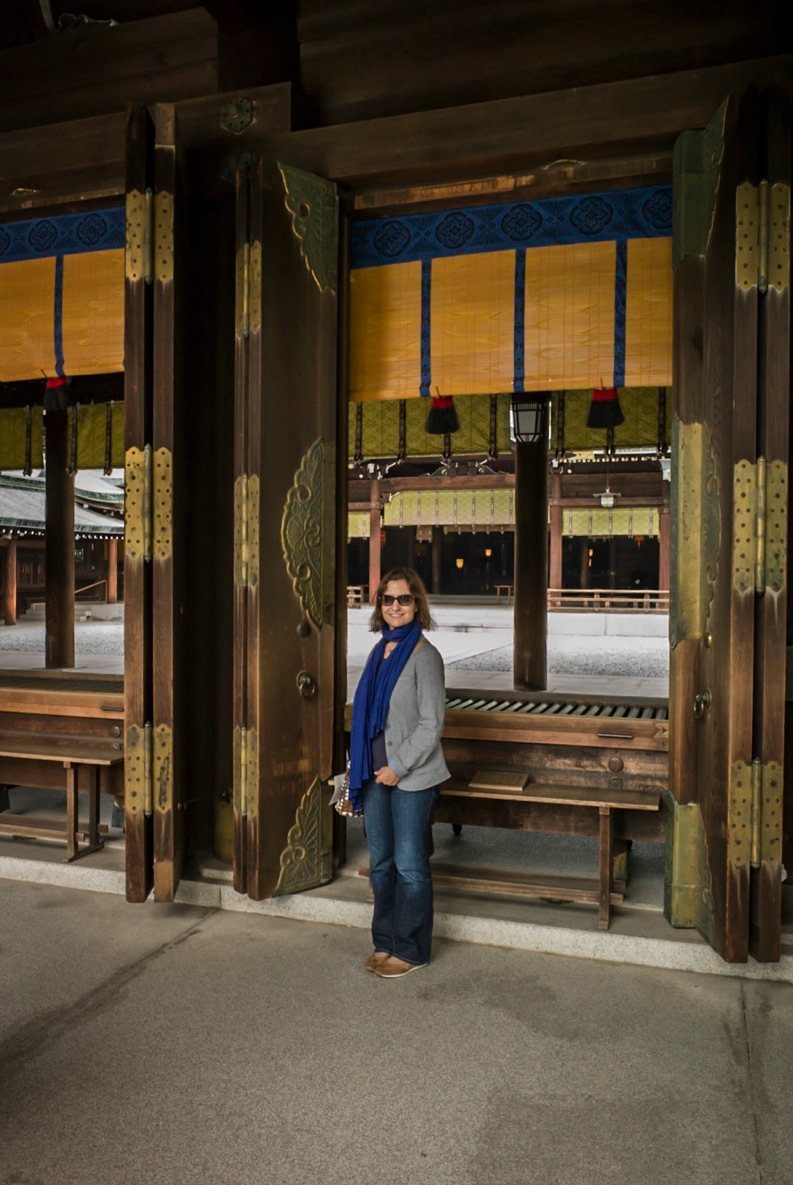 Shinto is an ancient Japanese religion and it is deeply rooted in the way of Japanese life. Shinto has no founder, no holy book, and not even the concept of religious conversion, but it values harmony with nature and virtues such as ‘magokoro’ (sincere heart). In Shinto, some divinity is found as ‘kami’ (divine spirit) and from ancient times, Japanese people have felt awe and gratitude towards kami and dedicated shrines to many of them. 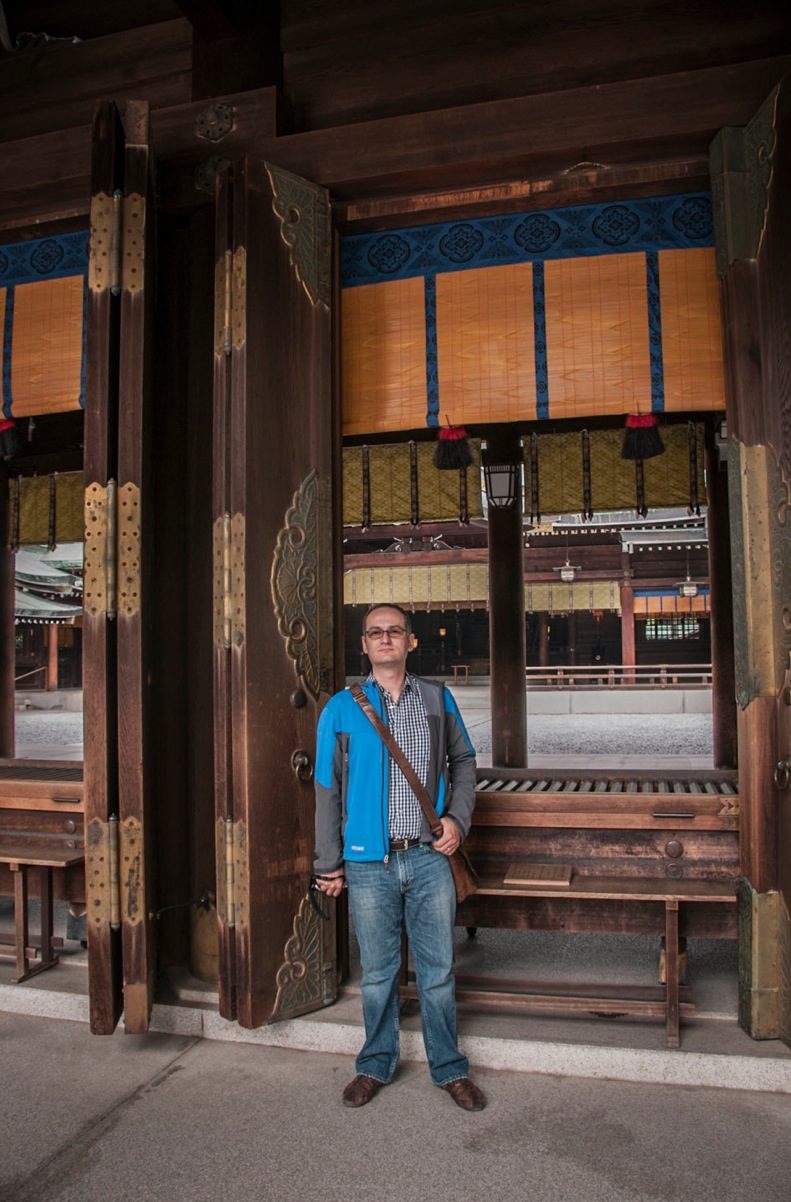 The main shrine at Meiji Jingu does not have any images or idols typical of Shinto religion. Here, one can drop coins in the offertory box kept. To offer your prayers at the main shrine, one needs to follow the following etiquette – throw coins into the wooden offering box. Then, bow twice, clap your hands twice, pray and/or make a wish, and then bow once more. 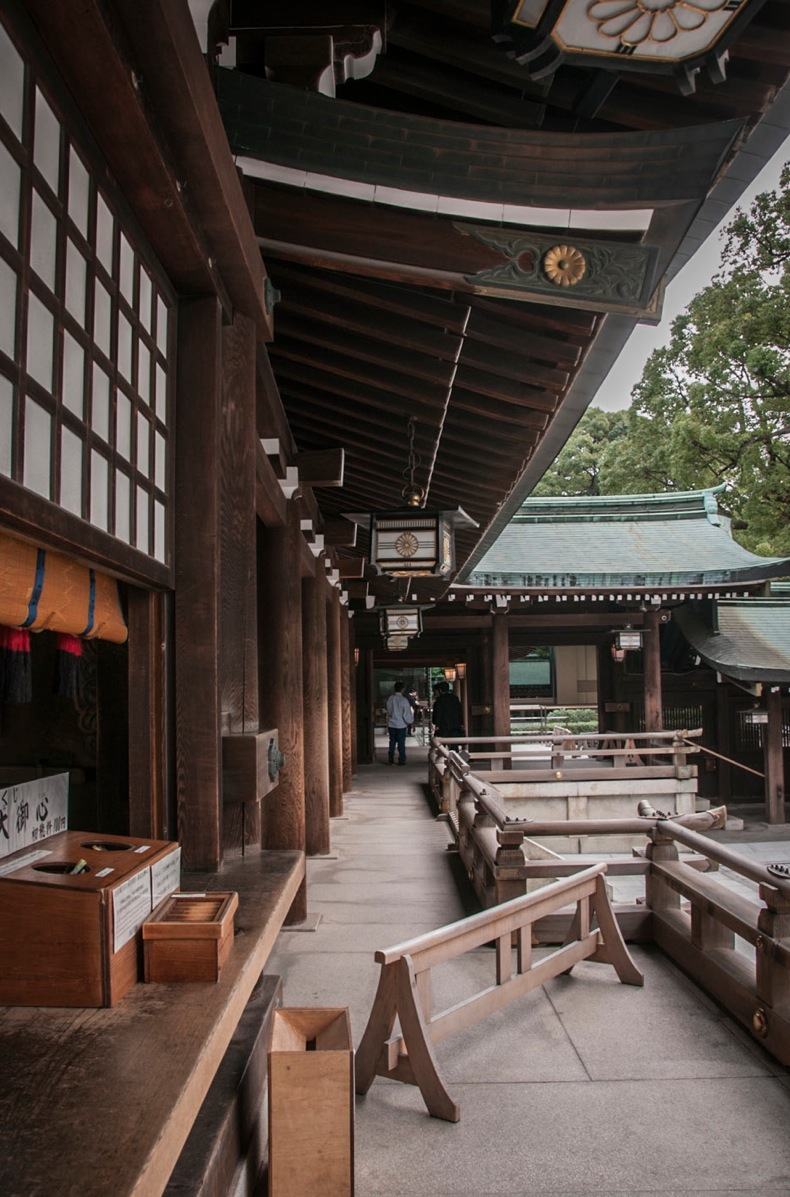