We strolled around the city centre until we reached the corners of the Kampong Glam or Arab Quarter, which is just a couple of streets big – but full of little shops and cafes.

This area was home to the Malay aristocracy of Singapore in the 1800s, before the Raffles Plan of 1822 divided the city into different ethnic groups which included European Town, Chinese, Chulia, Arab and Bugis kampongs. Kampong Glam was designated for the Sultan and his household, as well as the Malay and Arab communities, many of whom were merchants.

Many immigrant communities set up in this area and a multi-ethnic community developed there, comprising not only Malays and Arabs but also the Chinese and Indians. Later, due to an expansion of commercial activities and an increase in immigrant settlers in Kampong Glam, many Malays moved out – but the area is still popular with Muslim-Malay. 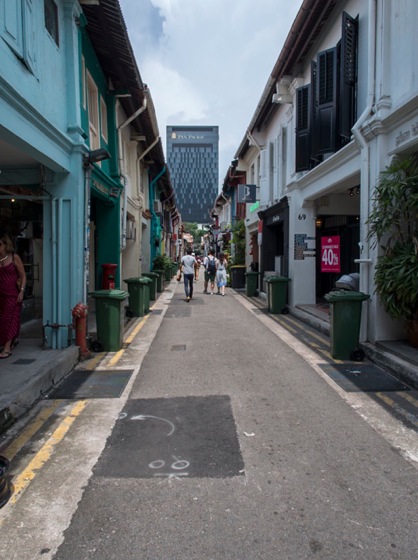 Over the recent years Kampong Glam has been restored and refurbished. There are rows of conserved shophouses that house art galleries, crafts and curios shops, food caterers and restaurants. They blend in with traditional businesses like textile and carpet shops, blacksmiths and shops selling religious items used by Muslims. 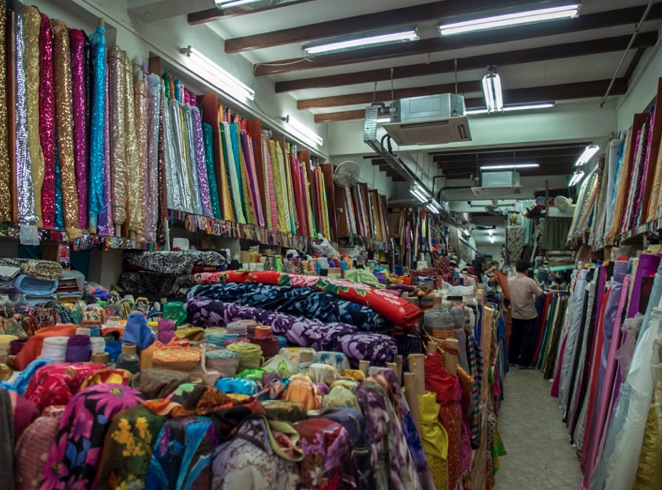 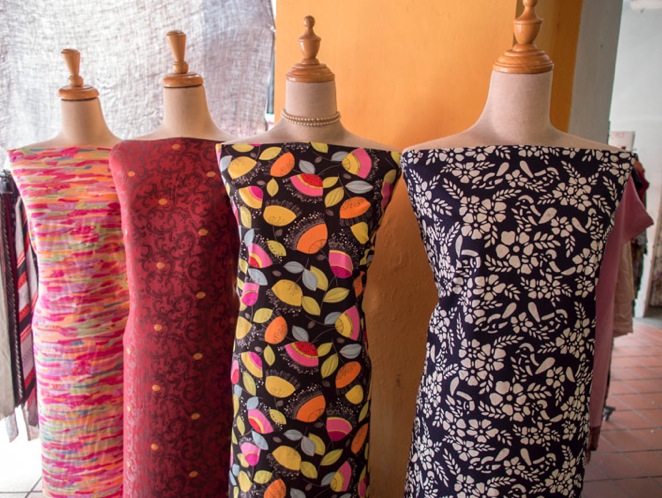 But there are lots of little quirky shops, for instance we found a shop that mixes you your own special perfume:

There are many small boutiques too…

… and lots of places that sell coffee, tea and food. Quite bizarre we saw a Swedish restaurant on Arab street, which actually proved to be really popular: