Wat Lak Kaen is a monastery and is located south of Khao Lak in Thailand. It is home to about 20 monks that serve the Ban Lak Kaen community. 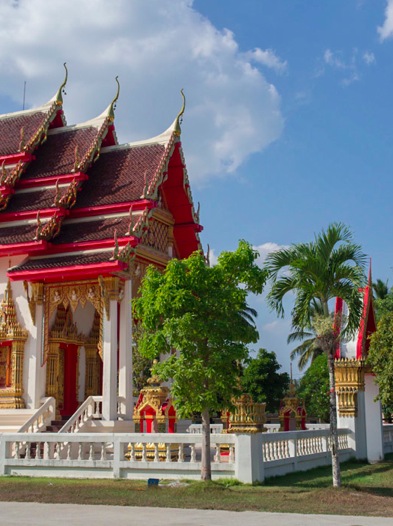 This is the Ubosot, the most sacred building in a Wat complex. The three levels of the roof represent the triple gems of Buddhism – the Buddha, the dhamma (that’s the Buddhist philosophy) and the sangha (the Buddhist community). The roof tiles are shaped like the scales of a mythical serpent, who guarded Buddha during his meditation.

The ubosot houses a large Buddha statue and is used for ordinations and prayers. This ubosot was built in 2007, after the big tsunami had destroyed the previous ubosot. 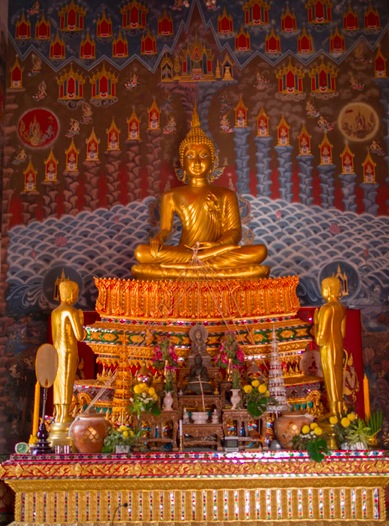 Finally the mystery of the nine stones was revealed to us: Nine protective stones are buried around the ubosot that sanctify the temple. We’ve seen them outside other temples that were being renovated – in some cases the stones were big, round balls. Four stones are buried at cardinal points, four at points between, and one is buried beneath the ubosot.

If there are any additional stones then they will be buried and marked by monuments like the one shown below, which resembles the eight spokes of Buddha’s dhamma wheel. 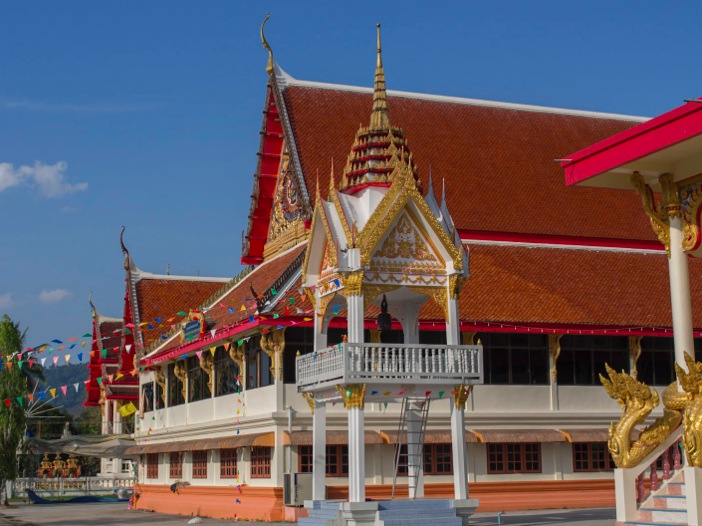