To be perfect honest, this was not one of the museums that was on my ‘have-to-see’ list and it was just pure coincidence that I visited it. But I was surprised by the beautiful building and well-kept herbs garden. 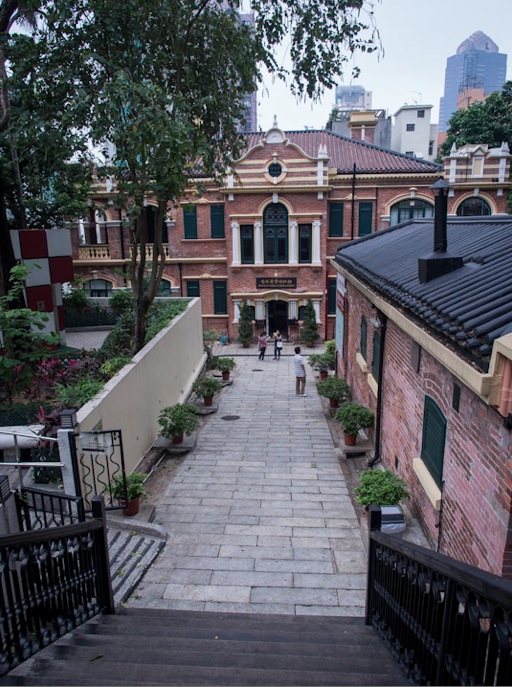 I was strolling through Sheung Wan with my parents, exploring different galleries and side streets, when suddenly we noticed a beautiful brick building on Caine Lane. That’s the Hong Kong Museum of Medical Sciences.

The museum building was opened in 1906 as the Government Bacteriological Institute, built for the control of disease and its prevention. It is located in the historically densely populated, old Chinese residential district of Taipinghsan where plague broke out in 1894. The Tai Ping Shan Street still exists today – just a little further down from Caine Lane, on the North side of Blake Gardens (where kids play basketball today). 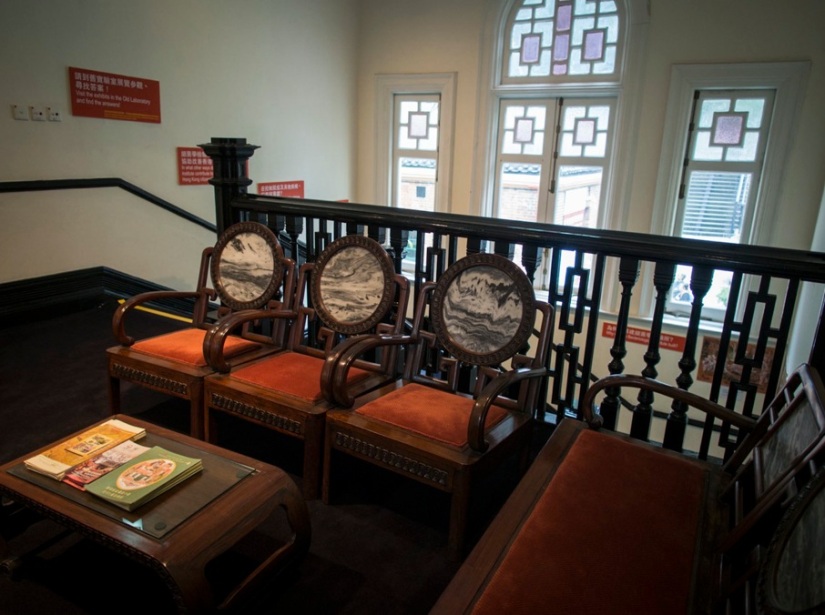 The museum has about 15 small rooms and a herbal garden showing local plants with medicinal uses. 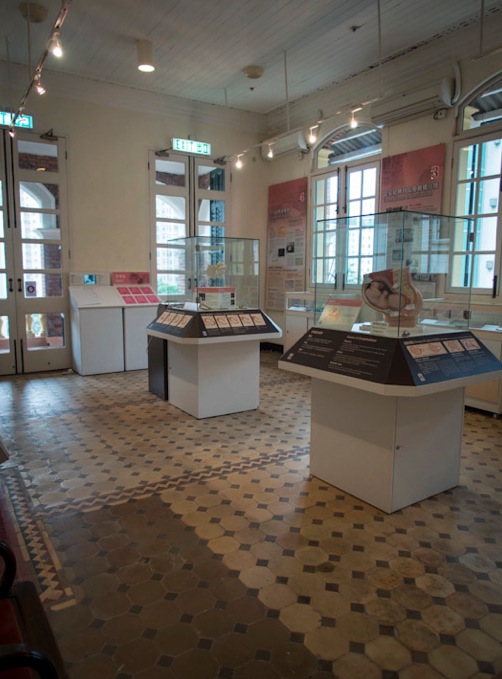 I particularly liked that the rooms had kept their original floor tiles, which were really beautiful. An old fire place remained, as well as the old hand-pulled lift – time has stood still in this building.

The exhibition explained the history of the building, the plague and how vaccination helped to overcome the black death.

There is a small chemist’s shop in the basement to explore – some of the herbs I’ve come across previously, others were new to me.

It is a small building, so we only spent about 30 minutes visiting – but we did not read all the descriptions. If we had, we would have stayed longer. However, we’ve already had booked a foot massage at Ten Foot Tall, so we had to move on. 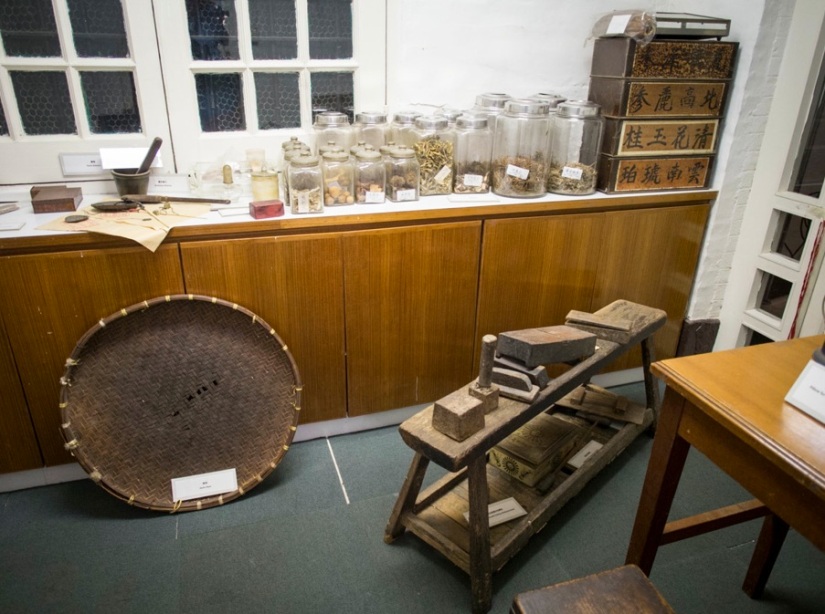 Overall, I did enjoy the visit – it was informative, the building was beautifully renovated (but lots of old elements have been kept) and there were only a handful of people visiting, so it was nice and quiet. The downsides were that you can’t go on the balcony to look down at the garden or take pictures (which would have been really nice) and that the price of 10 HKD per adult (5 HKD concessions) is quite high compared to the public museums, which cost the same but have much larger exhibitions (e.g. the Heritage Museum or Hong Kong Museum of Art).