I have written about ArtisTree and its exhibitions (the current one is Raghu Rai’s photography exhibition about India that I’ve visited this weekend) before, but I noticed I never wrote much about the building. 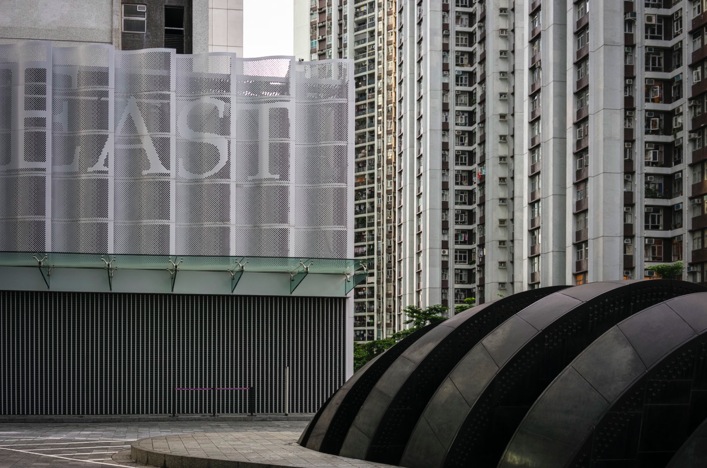 One Island East is one of many skyscrapers in Hong Kong – there are over 112 buildings that stand taller than 180 metres and at least 52 completed skyscrapers over the height of 200 metres. One Island East was completed in 2008 and is 298.35 metres high, which makes it currently the 7th highest building in Hong Kong. Only Nina Tower, The Center, Bank of China Tower (which was the first building outside of the United States to rise taller than 305 metres), Central Plaza, IFC 2 and the ICC in Kowloon are higher than One Island East. 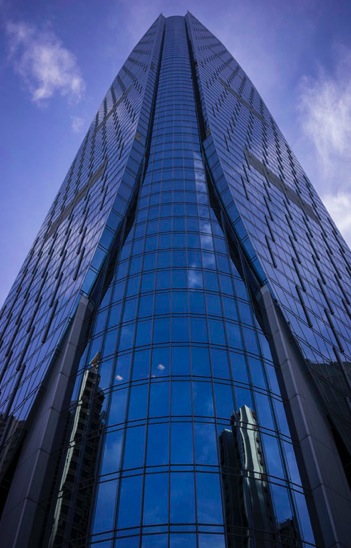 One Island East has 69 storeys – which are all office space. There is a sky lobby on the 37th and 38th floors, but so far I’ve not figured out how to get up there! That’s probably because I always go there on the weekend, when hardly anyone is around! 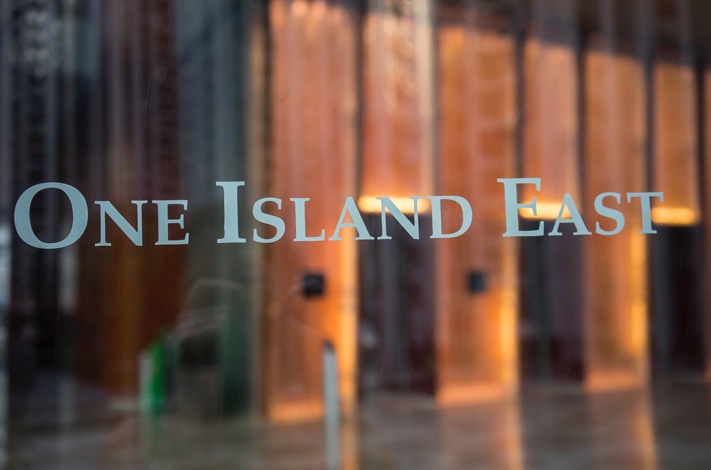 The interior is a mix of wood, marble and glass – with lots of curves and lines. I like the inside, it is interesting…

… and you can always look outside to see the surroundings, which is a mix of old buildings and a small park next to One Island East. Currently one of the elephants from the Elephant Parade lives there – he seems to enjoy his life!